Is the pill blue or red? Neither!

“I saw it with my own eyes!”- many people consider the sentence as proof that they know the immutable truth. Michael Abrash, chief scientist of the Facebook subsidiary Oculus, argues that we often do not believe our own eyes.

Ultimately, Abrash recently announced at the Facebook developers conference in San Francisco, we humans are nothing more than “inference machines.” This means that the human brain interprets what the eyes see – and this does not necessarily correspond to the truth. Not only beauty, but also meaning is therefore in the eye of the beholder.

Abrash draws on a science fiction classic to illustrate what he means: the film “The Matrix”conveys the best idea of what will one day be possible through virtual reality. In the 1999 work, people only experience a simulated reality that is very different from the real world.

“Although the plot was based on a technology that will only exist in decades, if at all, the ‘Matrix’ gave me a real idea of what virtual reality will one day look like – not only how real it would seem, but also how exciting it would be to bend and stretch that reality.“

How do you define ‘real’?

As Morpheus, embodied in the film by Laurence Fishburne, said: “What is real? How to define real? When it comes to what you can feel, smell, taste and see, ‘real’ is just a series of electronic signals that your brain evaluates.“

It is precisely these signals that Abrash is concerned with, and he focuses on vision: “The information we receive through the eyes is in fact surprisingly sparse. Even if we had the ability to store and process every photon that reaches our eyes, we still wouldn’t have enough data to accurately reconstruct the world.“

So the eyes make ” very reasonable assumptions about the world, which then, unfortunately, turn out to be wrong.”To the point:” Your brain is malleable, reality is a lie.“

Is the pill blue or red? Neither!

To illustrate how easy it is to manipulate the eye, the scientist shows his audience a series of pictures. The first shows two pills – a nod to the movie where Keanu Reeves aka Neo has a choice to swallow a red or a blue pill. If he chooses the blue one, he will continue to believe what he considered reality until then, if he takes the red one, he will remain in the “matrix”.

At second glance, it turns out: the different colors are an optical illusion. In fact, both pills are gray. The color perception is suggested by the additional information in the image. 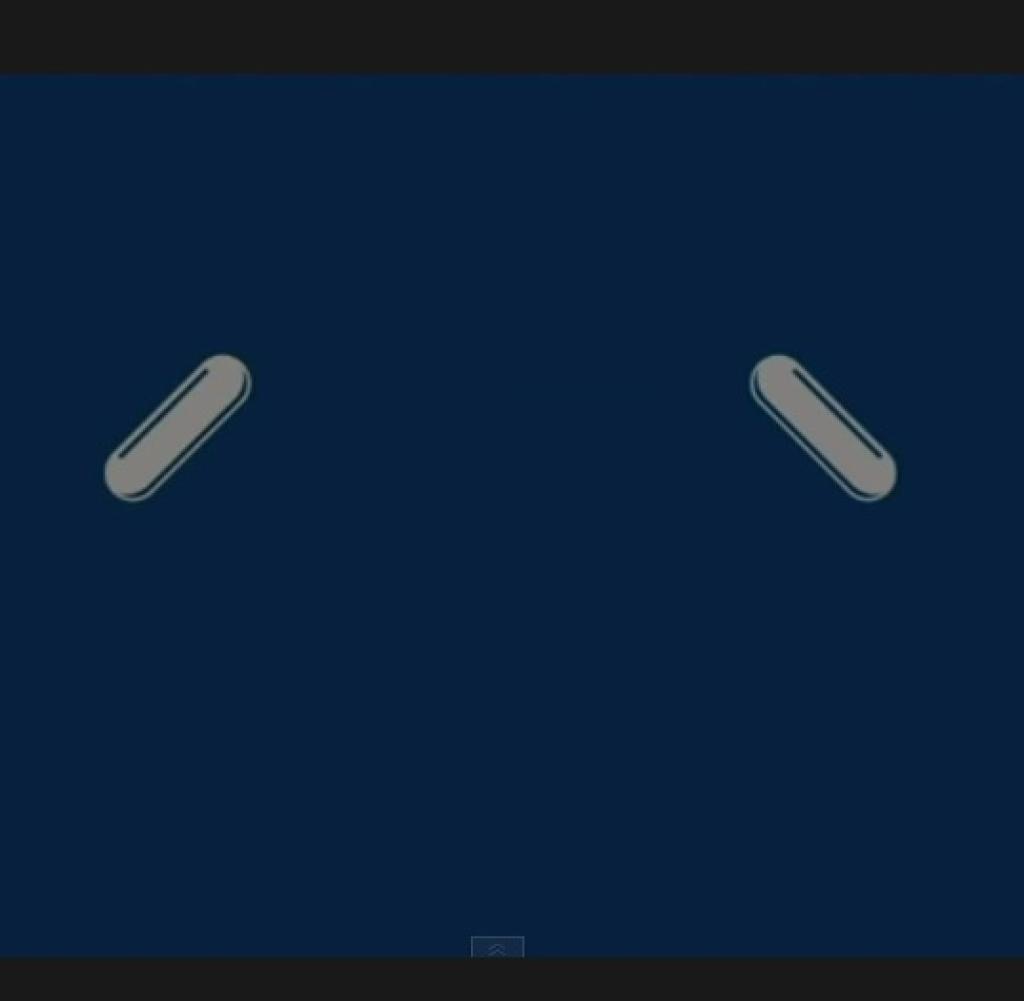 A similar effect had electrified millions on the Internet a few weeks ago: at that time it was a question of whether a photo showed a dress in the colors gold and white or blue and black. In fact, the difference in perception was caused by the way the brain performs color correction in daylight, neuroscientist Bevil Conway explained to Wired magazine at the time.

For some people, looking at the photo, the shades of blue would be calculated out – they would then see a white dress with golden stripes. For those whose brains were more likely to hide the gold tones, the dress would then be dark blue and black.

The eyes affect even the hearing 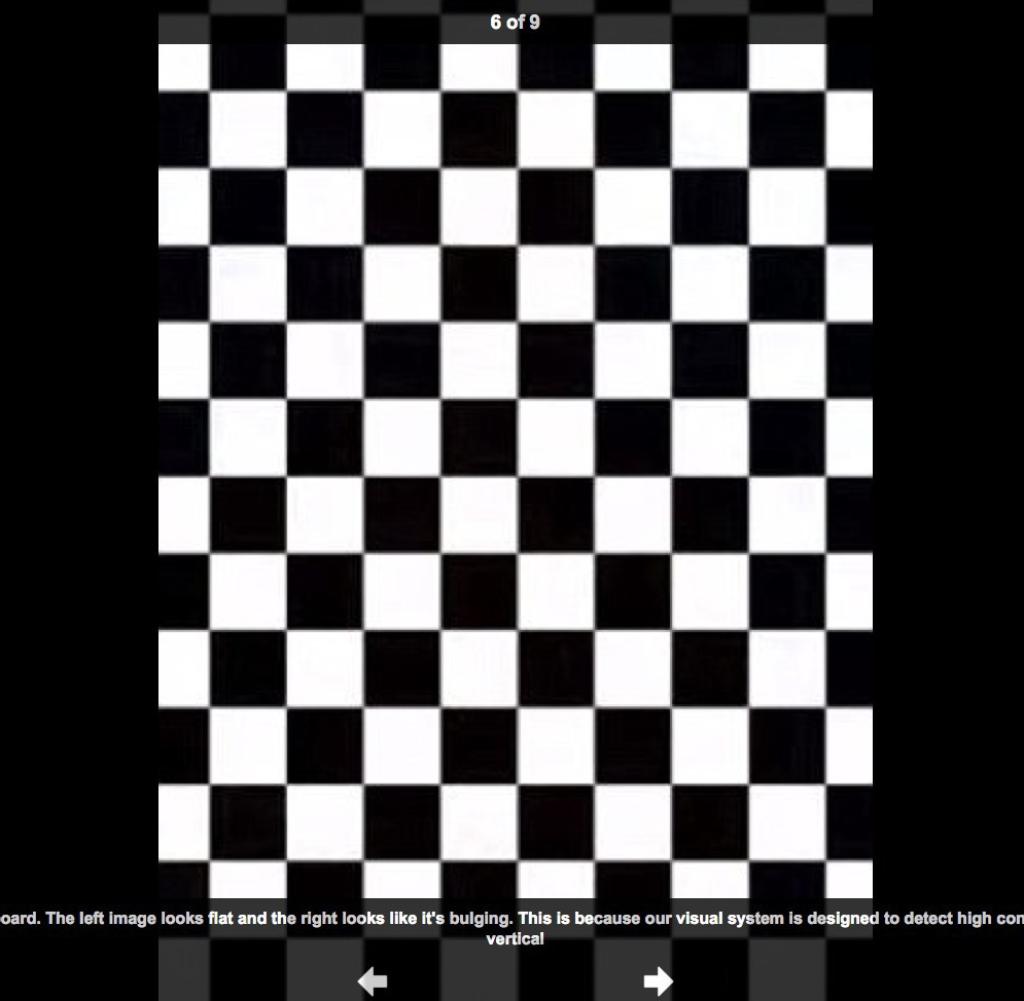 Another example of Abrash is a checkerboard pattern, the straight lines of which act obliquely as soon as points are placed on the individual squares. The so-called McGurk effect shows how strongly what we think we see influences our perception: In a video recording, a woman repeatedly says the word “bar”, but as soon as she changes the shape of her mouth, the viewers think they have heard the word “far” instead.

Abrash’s conclusions? “Virtual Reality is about experiencing a virtual world as real. Experiences are no less or more than what your brain makes of them. This means that virtual reality, if well done, can be perceived by the observer as a real reality.“ 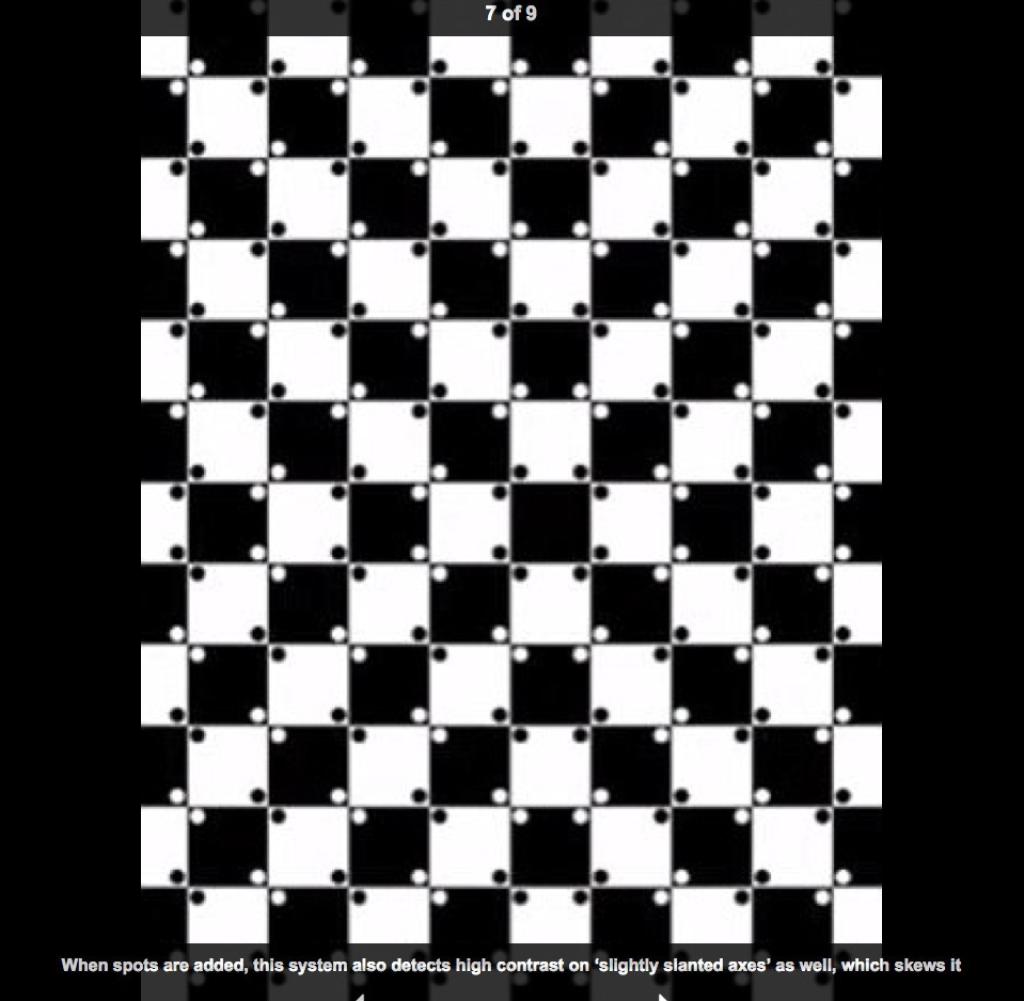 How to trick the brain with virtual reality is Abrash’s project at Oculus. First and foremost, it is about improving the visual impression created by virtual reality glasses. Announced by Oculus is the VR glasses “Crescent Bay”, which has a Full HD display to offer. But that’s not enough for Abrash’s vision of real, virtual reality.