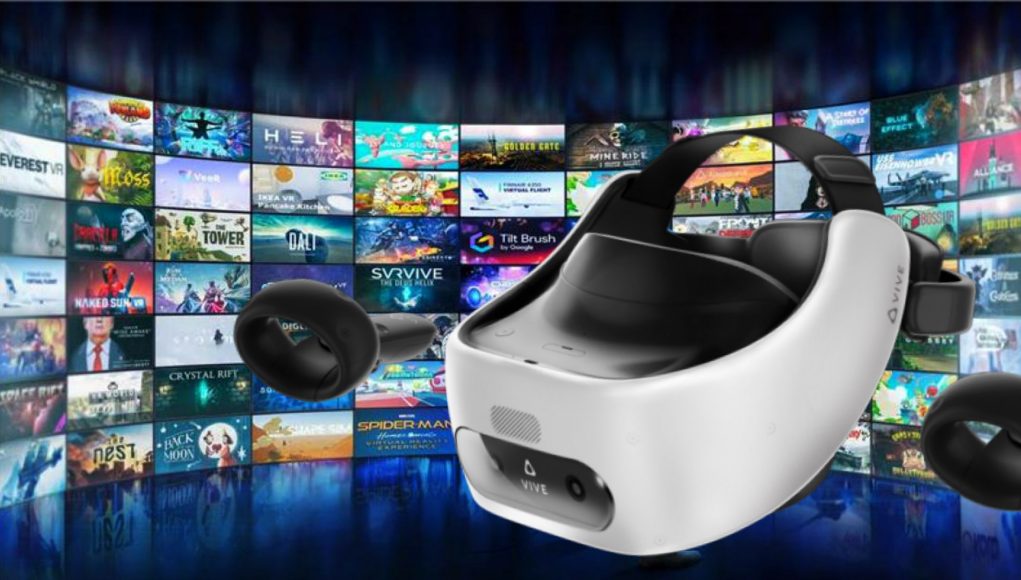 The company HTC has announced the launch support streaming WiFi 5 GHz for Vive Plus Focus, as well as all standalone headsets 6DOF supporting the platform Vive Wave. In the same way as in the case of a Link to the Oculus Quest, Vive Focus Plus now can play PC games using VR Viveport, although without using the cable.

Released in beta, streaming over Wi-Fi is available for subscribers only Viveport Infinity service in the style of Netflix for their digital distribution platform that allows you to make unlimited downloading of the selected content.

Users that don’t need subscription Viveport Infinity Focus and Vive Plus (or any other full headset Vive Wave with 6DOF, except the original Vive Focus), you will also need a PC with support for VR and standard Wi-Fi router with 5 GHz.

Vive Focus Plus, which is sold at a price of $ 800, is positioned as oriented enterprises in USA and Europe, but in China it was released as an ordinary consumer device.

As noted by Anthony Vitiello of Skarred Ghost, currently Viveport M, mobile version Viveport, there are 300 games and other VR experiences; thanks to the inclusion of the official streaming over Wi-Fi, this number may be increased to 2000 items.

President of HTC China Vive Alvin van Graylin announced it on Twitter, mentioning that “there is no need for special wires or cables”, — a clear attack on Oculus Quest that requires a USB cable-C for games on the Oculus Rift platform. 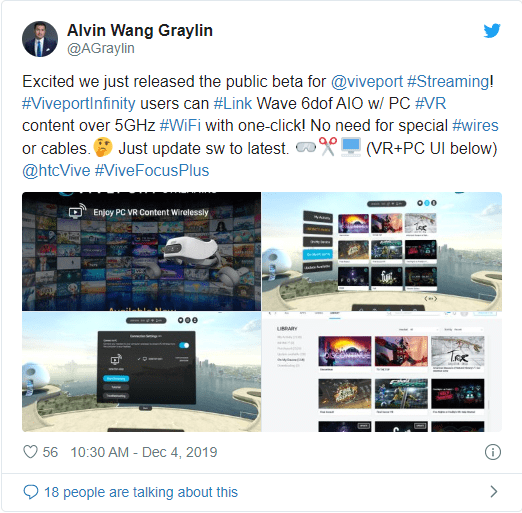 Anyway, streaming Vive Viveport for Focus Plus needs to achieve an acceptable latency and video quality to be considered a true competitor to Oculus Link for Quest, which so far worked pretty flawlessly. Without a doubt, while Vive Plus Focus just does not compete with the Quest for 400 dollars, as it was created as a corporate device in the West, moreover, it is twice as expensive.