This week during CES, HTC officially unveiled the VIVE Wrist Tracker, a lightweight VR tracking device? Designed specifically for the VIVE Focus 3 (the latest universal standalone VR headset). The device can be worn on the user’s wrist, providing accurate tracking from the fingertips to the elbow, or installed directly on various props, allowing you to turn ordinary objects into interactive VR peripherals.

The tracker on the wrist is equipped with several LEDs that are tracked by the built-in Vive Focus 3 cameras, providing autonomous 6DoF tracking without the use of external sensors. The device can even predict your posture when the tracker is out of range of the Focus 3, using high-frequency IMU data combined with an advanced kinematic model. To keep things simple, HTC used a one-button pairing system that provides an easy wireless connection to the Focus 3.

The Wrist Tacker is 85% smaller and 53% lighter than the VIVE Focus 3 controller. The device can provide up to 4 hours of continuous operation and is charged using a standard USB-C cable. As mentioned earlier, Wrist Tracker can also be used as an object tracker. In its official statement, HTC demonstrated how trackers can be used to bring items such as a wrench, a ping pong racket and a toy gun to VR.

“The integration of VIVE Wrist Trackers with VIVE Focus 3 is a game changer that allows you to immerse yourself in kinesthetic and tactile sensations in a natural way. VIVE Wrist Trackers provide a deeper element of learning, which means you retain more information and ultimately get a better learning outcome, without the risk of harm or exposure to danger,” said James Mullins, founder and CTO of FLAIM Systems, in an official release.

“We have already seen how kinesthetic learning improves concentration and attention on learning a task, and VIVE Wrist Trackers makes VR learning even more natural and exciting for organizations that want to increase the frequency of training and throughput of each session.” 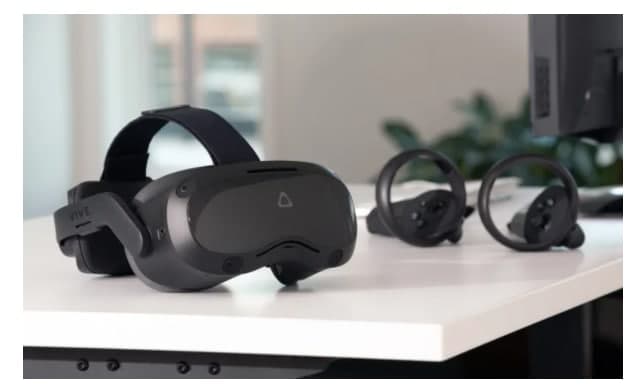 “When it comes to learning in virtual reality, few things can be more important than creating a seamless and immersive user experience. That’s why we’re so excited to include HTC VIVE Wrist Tracker in Axon’s newest learning platform. VIVE Wrist Tracker makes VR training more seamless, more immersive and therefore more effective,” added Rick Smith, CEO of AXON, (Axon was a key partner in the development of VIVE Wrist Tracker from concept to prototype and production). 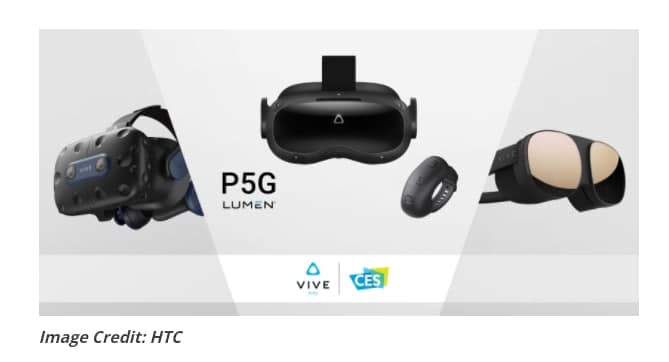 In addition to the VIVE Wrist Tracker, HTC this week confirmed a new partnership with Lumen Technologies to bring a portable, private 5G experience to the Focus 3. The company also announced a new collaboration with XRHealth and MyndVR to expand the headset’s care and treatment capabilities, as well as several software updates for Focus 3.

“As the metaverse gains momentum, the provision of virtual treatment rooms will be of paramount importance,” says Eran Orr, CEO of XRHealth. “Providing virtual treatment for patients will improve the practice of all doctors by offering the most innovative solutions.