Since the launch in 2004, Facebook has grown to almost 2.7 billion monthly active users in 2020 and is now the largest social network in the world. Visual Capitalist has built a world map showing how the social network walked on the planet, capturing all the new countries and regions.

To 2008 wide popularity in the world was Myspace and Hi5, in Brazil and India dominated by Google’s Orkut, and in the South-East Asia is one of the first social networks, Friendster.

But by 2009, Facebook became the leader on the markets of North and South America, Europe, South Asia and Oceania. Orkut has managed to maintain dominance in Brazil until 2011. By the beginning of 2020 Facebook has become the most popular social network in 151 of the 167 countries reviewed. 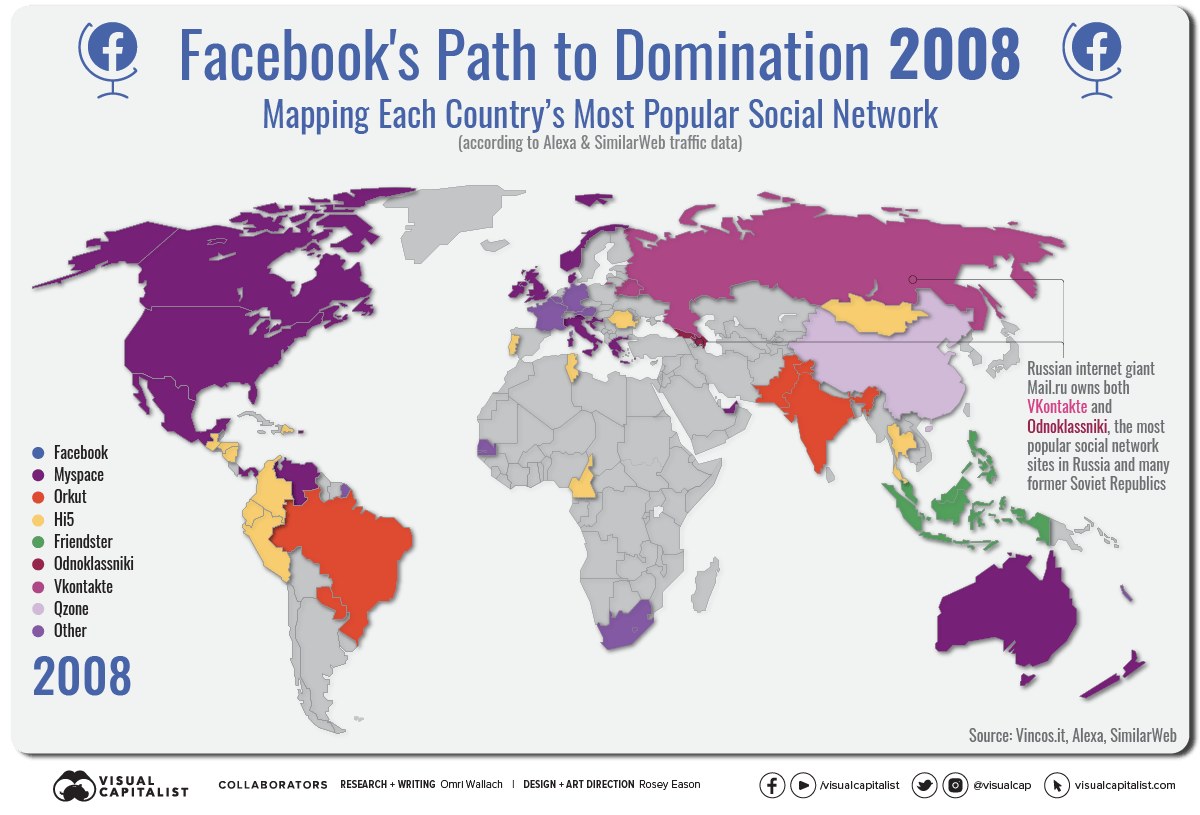 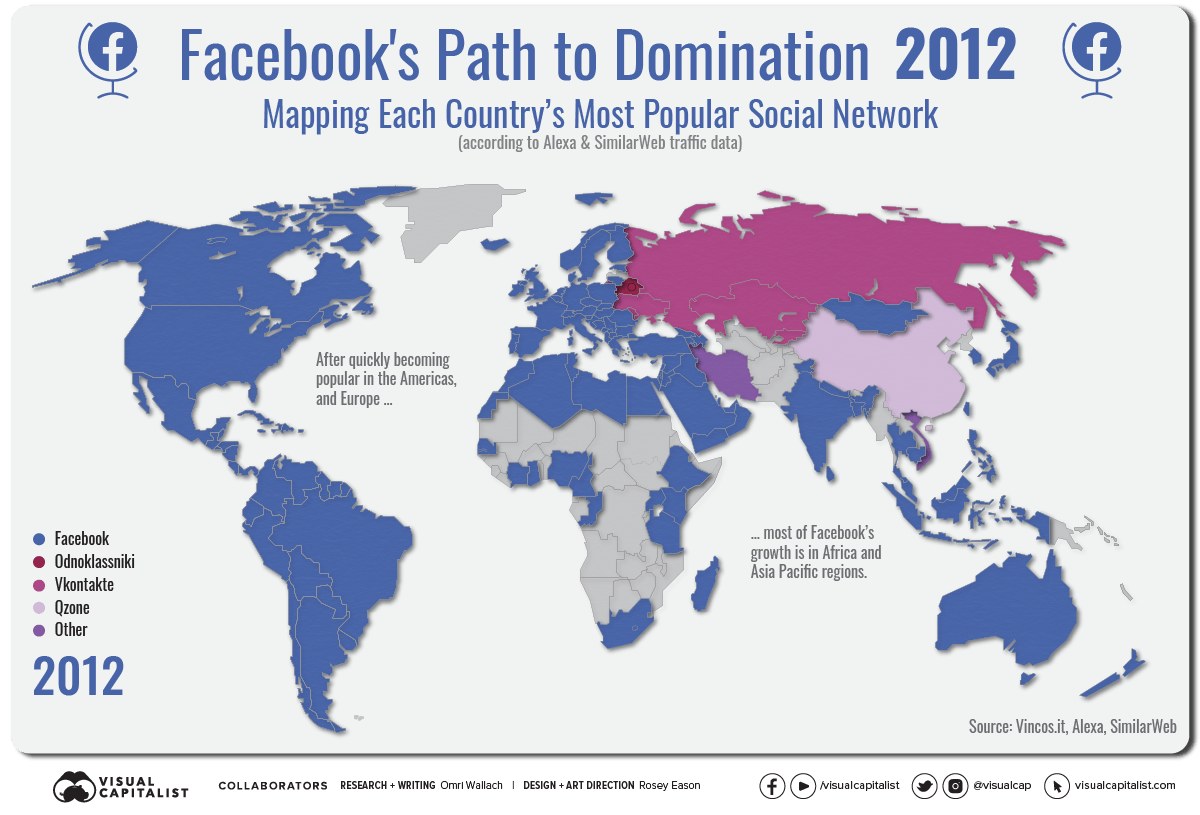 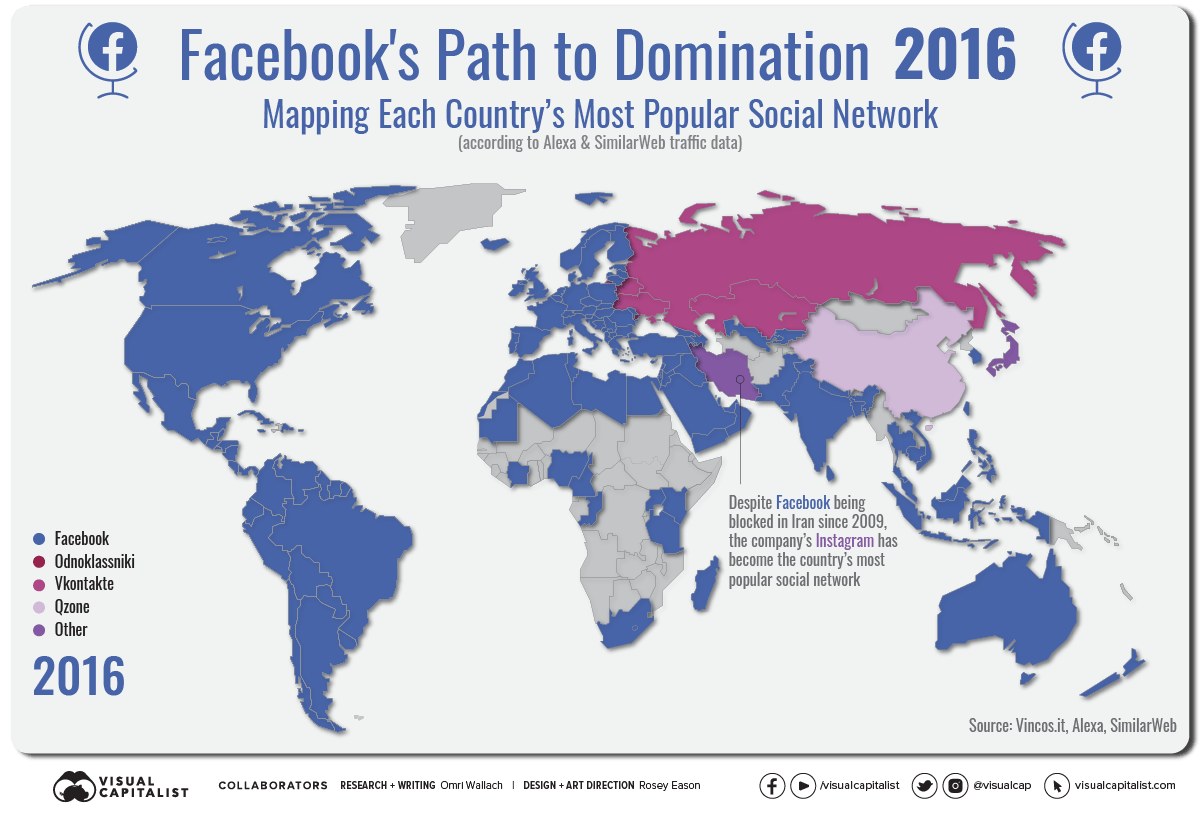 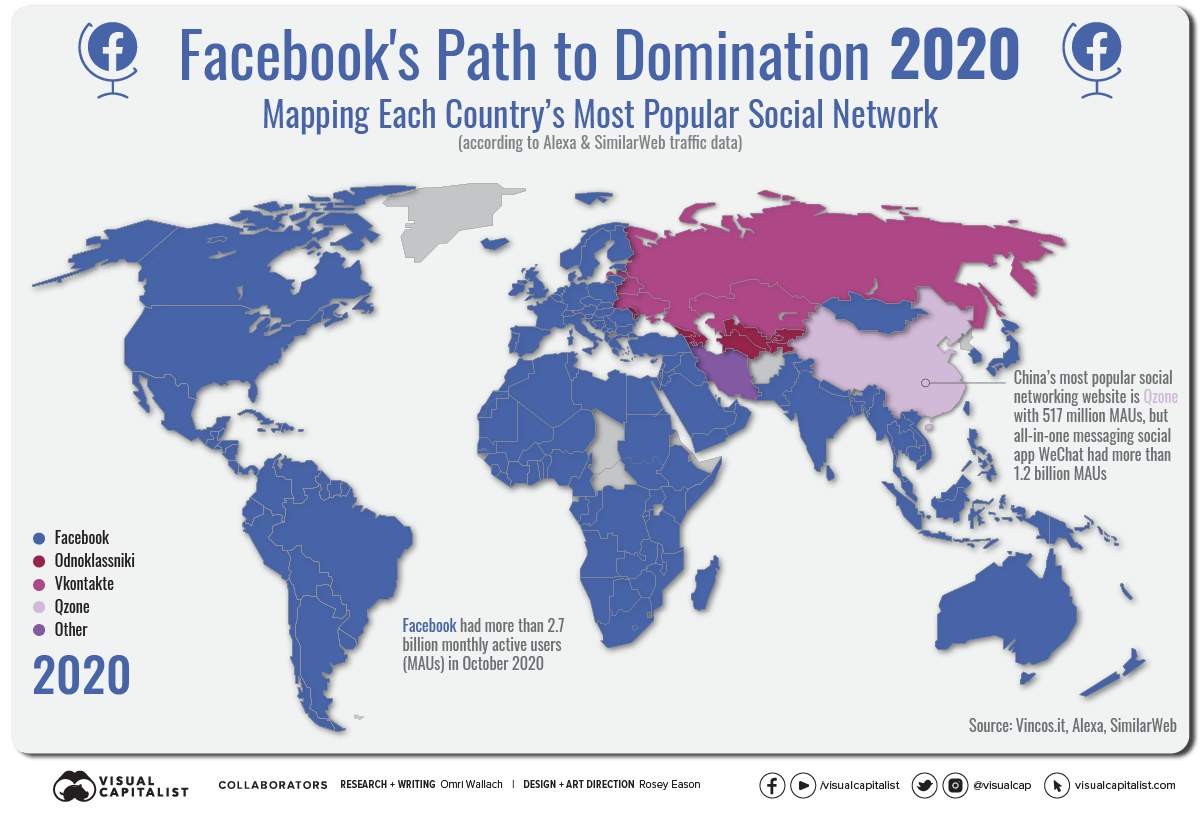 In China from the middle “zero” the title of the largest social network Qzone is owned, developed by Tencent. Huge popularity gained WeChat: it has more than 1.2 billion MAU, but it is a more comprehensive app than social network, so the card does not appear. Facebook also tried to get into China before authorities banned it in 2009.

In 2020 the app Facebook Messenger, totaled 1.3 billion active users per month, the most popular messenger in the world, WhatsApp, has gained 2 billion MAUS, Instagram is 1.2 billion.

According to estimates most Facebook Q3 2020, its products are used by more than 3.2 billion people a month, that is about 40% of the total world population.