As admitted by the author of the study, to determine the statistics was difficult because the platform does not one specific location where all Ukrainian authors. This guy had to write a script that would find all the channels on Patreon in the Ukrainian language.

The script coped with the task and found 268 Ukrainian accounts, most of which is youtube channels. He also collected statistics in one name, the number patronov and bag of donuts. In the first place by the amount of support the project is “Television Toronto” 1297 with patrionage.

Top 20 by number patronov as follows: 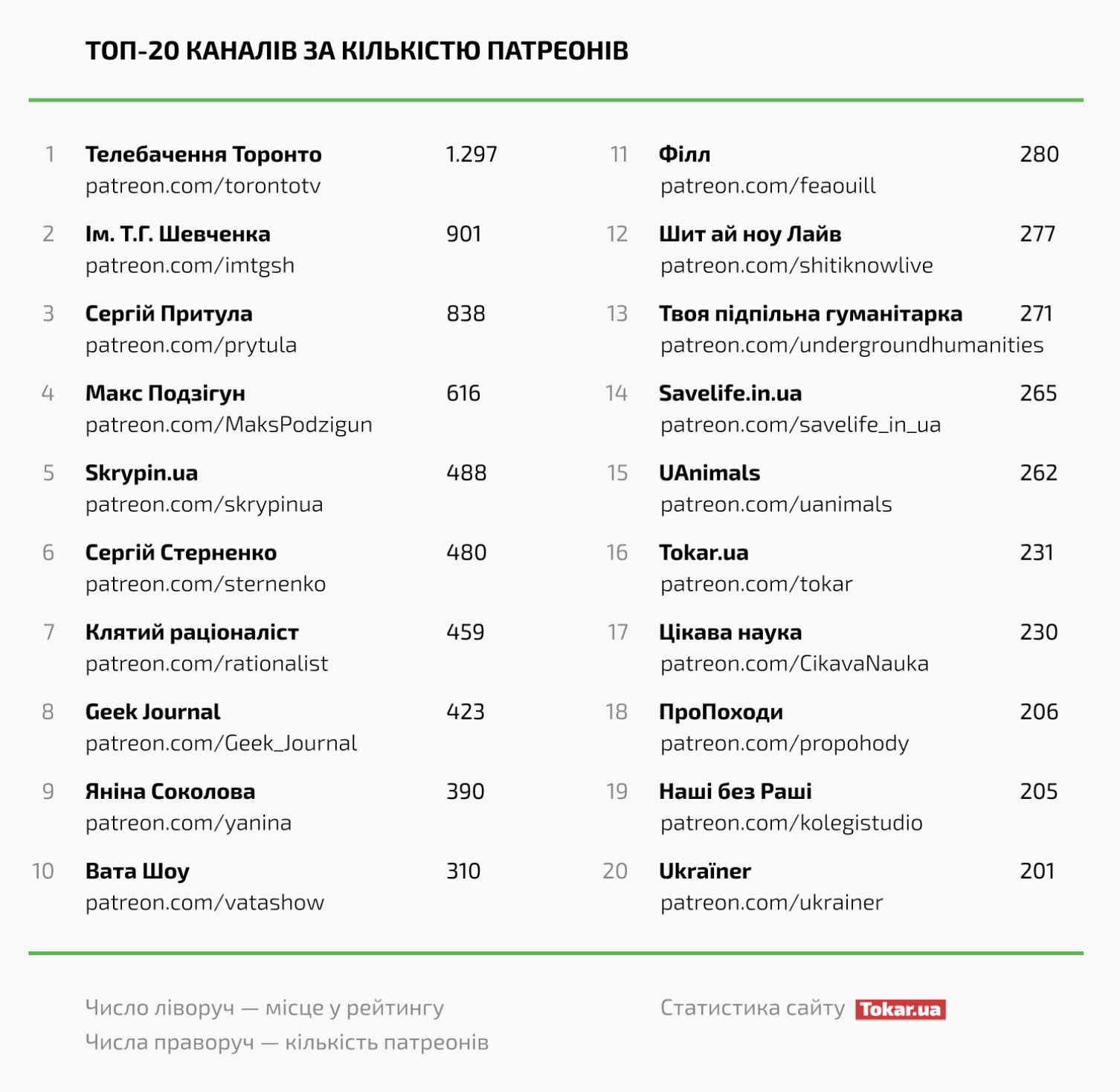 Turner noted that 34 of the channel from the list, do not open the data regarding their profit on Patreon, so the ranking of channels for the earned amount is based only on those who have open data. According to these statistics, more than all the platform earns Sergey Prytula — it $9712 in a month. And the top 20 channels of profit is the following: 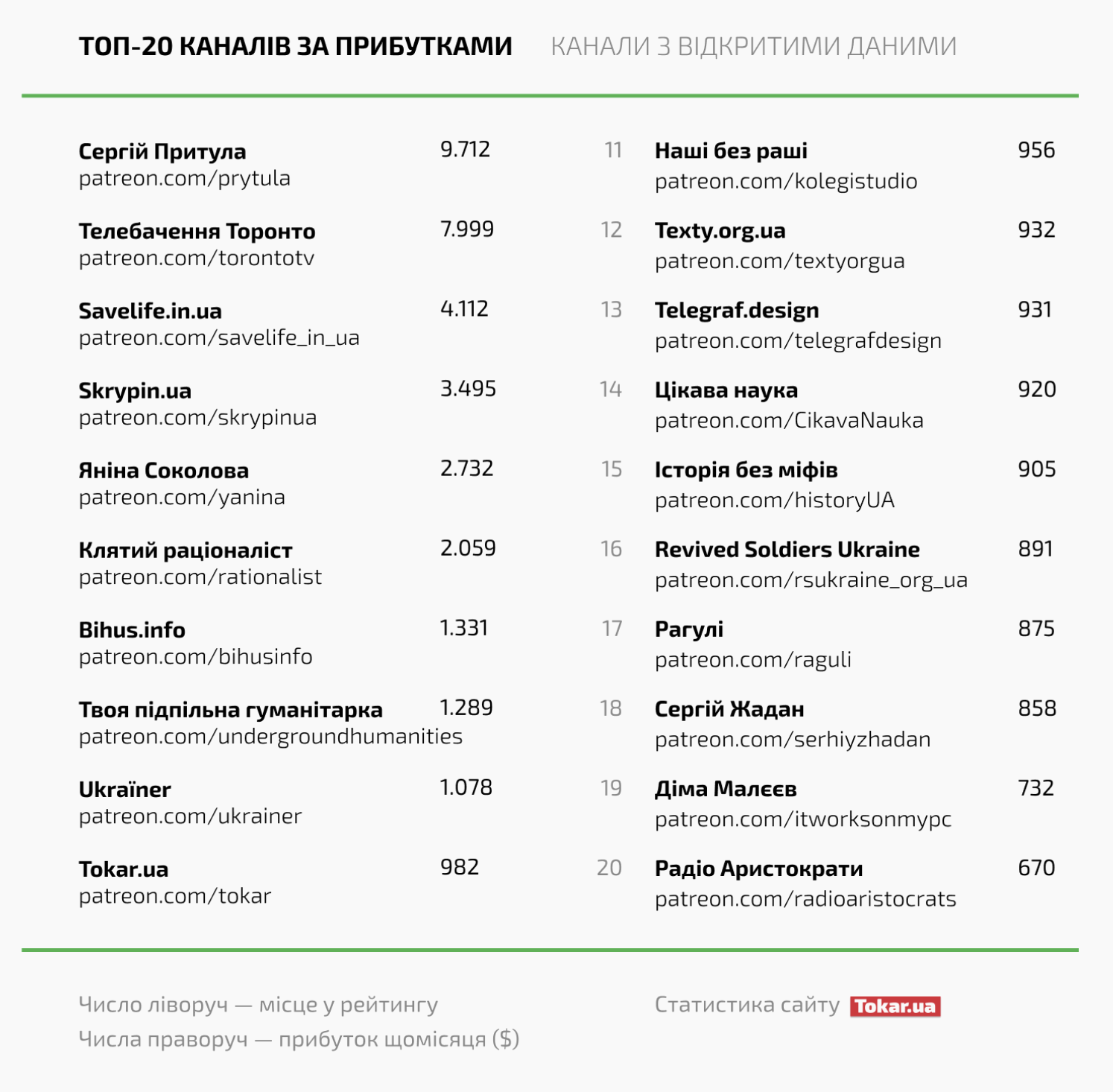 The study’s author calculated that the first twenty earns around $57 000 per month, and the total budget of all channels is $91 000 per month, which is about $1 million a year. Average amount of donation from one person is $5,80.