The past ten years have been marked by the mobile revolution. Virtual worlds were created, drones conquered the airspace, artificial intelligence came into conversation with us. The key to all changes is the smartphone. But not every innovation ignited. The tops and flops.

With the iPad lucky Steve Jobs the second big hit after the iPhone. Overnight, Apple defined how newspaper should be read or mobile surfed in the future. The iPad was the computer for all those who did not want to have a computer, and exclusively Apple had the operating system for this.

For two years, the manufacturer was able to dominate the tablet market almost without opposition from the competition, before the Android stock could follow suit. While Apple quickly lost its dominance in the smartphone market after 2007, the iPad in its various variants is still the best-selling tablet worldwide.

Steve Jobs had proclaimed the dogma in 2010: no one buys a smartphone screen that measures considerably more than ten centimeters in diagonal. Then brought Samsung 2011 released the first Note smartphone, screen diagonal good 13 centimeters – and the device became a hit, especially in Asia.

As a result, all manufacturers except Apple brought large phones, Samsung defined with the Note the smartphone design for the rest of the decade: giant screens with narrow borders and round frames. Apple only followed in 2013 with the iPhone 6 and finally lost its monopoly claim to the smartphone premium market.

With the Phantom drone brought DJI the first camera drone on the market that was more than a toy or professional device. With it, the Chinese company managed to establish drones as a mass product. 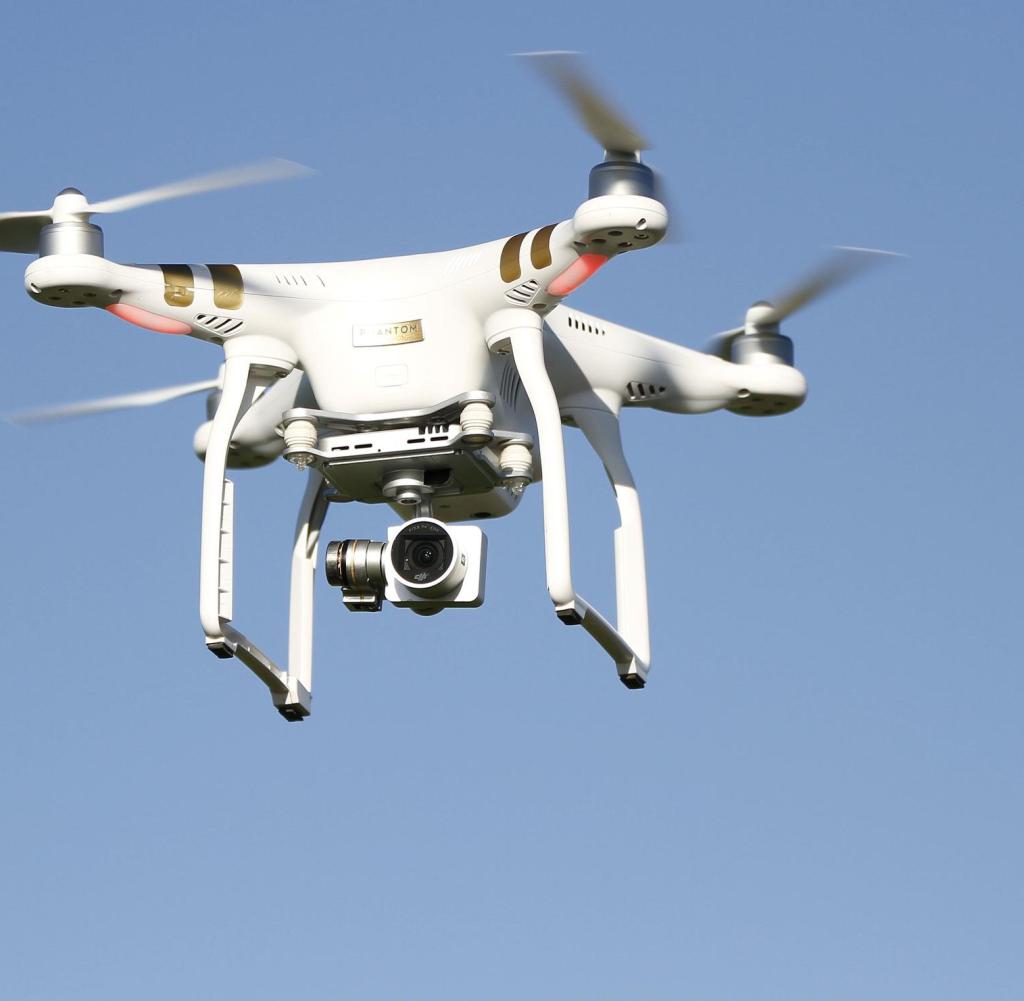 Thanks to the simple smartphone connection, the relatively foolproof control and the stabilized camera, the Bogey an immediate sales success. Their design defined the appearance of drones in books, cartoons, comics and movies for years to come.

As a hardware manufacturer was Amazon with the Fire Phone just crashed failed, since company founder Jeff Bezos dared the next shot into the dark. With Echo but Amazon did everything right: The combination of the smart assistant Alexa and its own music streaming device set the benchmark for a new product category. At the same time, the Group created an operating concept for the smarthome with the voice control – and brought its microphones into the living rooms of its customers.

Anyone who puts virtual reality glasses on their head wants to step into another world. Oculus was the first company to fulfill this promise with the Rift could make true. Facebook founder Mark Zuckerberg was so enthusiastic about the technology that he bought the entire start-up for a good two billion dollars in 2014. Oculus started a VR hype among computer gamers and product designers in 2015, but the technology is not mainstream to this day. Facebook and its competitors continue to work to free the glasses from their cables and make them suitable for the masses.

Which Pebble Watch was a pioneer in several ways: it was the first practical smartwatch and the first large-scale successful hardware project, the development of which was financed by crowdfunding. 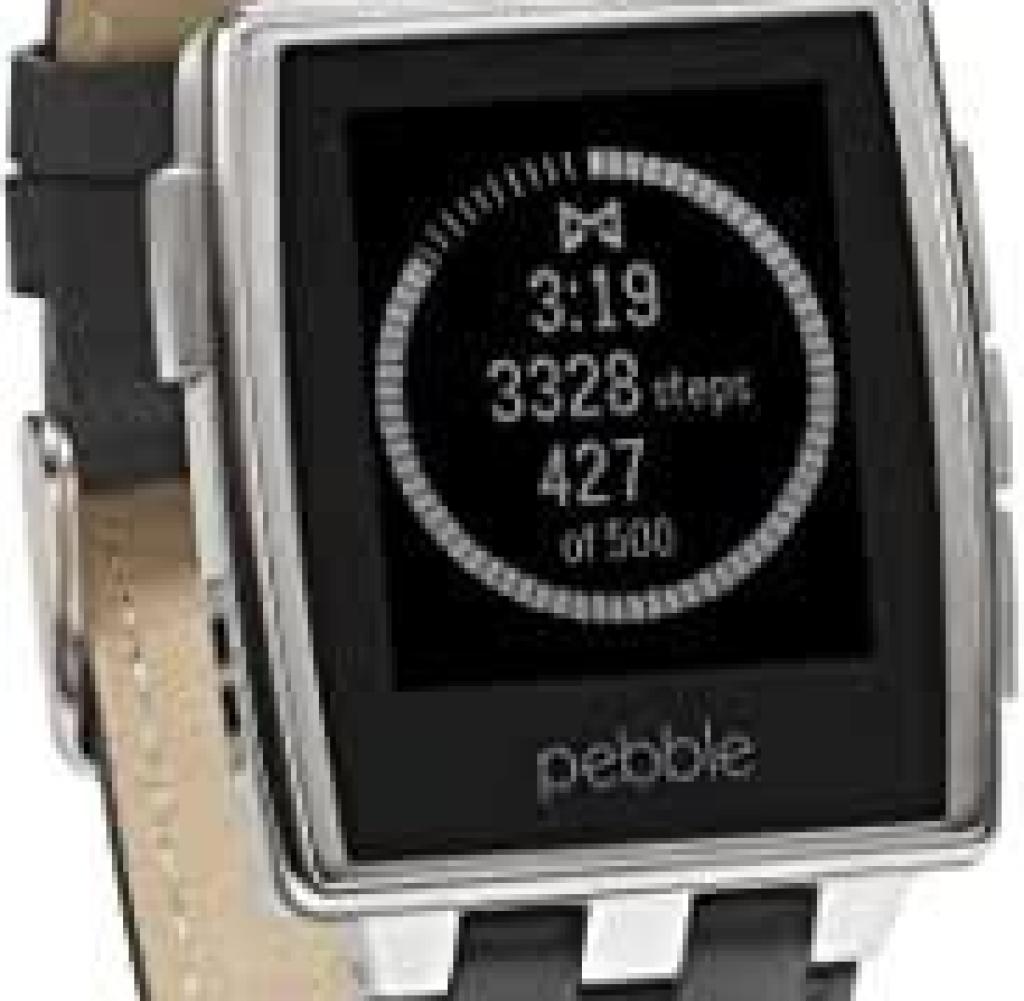 The product thus prepared the ground for the Apple Watch and a whole market of fitness trackers. But the company itself was not up to the competition. In December 2016, Pebble filed for bankruptcy, a little later legal successors switched Fitbit the servers behind the Pebble services.

With the HD Hero earlier in the decade, GoPro founder Nick Woodman created the tool for an entire generation of action video bloggers. Extreme wide angles, selfies on a ski somersault or skydiving-anything is possible. The cameras were robust, small and provided a video quality that had previously only been possible with semi-professional camcorders. Soon, the devices were everywhere and contributed decisively to the success of action videos on YouTube. To date, GoPro little competition, also thanks to a whole ecosystem of accessories. Meanwhile, even professionals resort to the small gray cameras from California. Nevertheless, the company’s share price has plummeted since 2017. The reason: the devices are so solid that customers rarely have to replace them with new GoPros.

With a spectacular skydiving presentation led Google his glasses computer Glass 2012. But the vision of a computer on the head, with a transparent screen in the field of view, quickly became a nightmare thanks to the built-in camera. 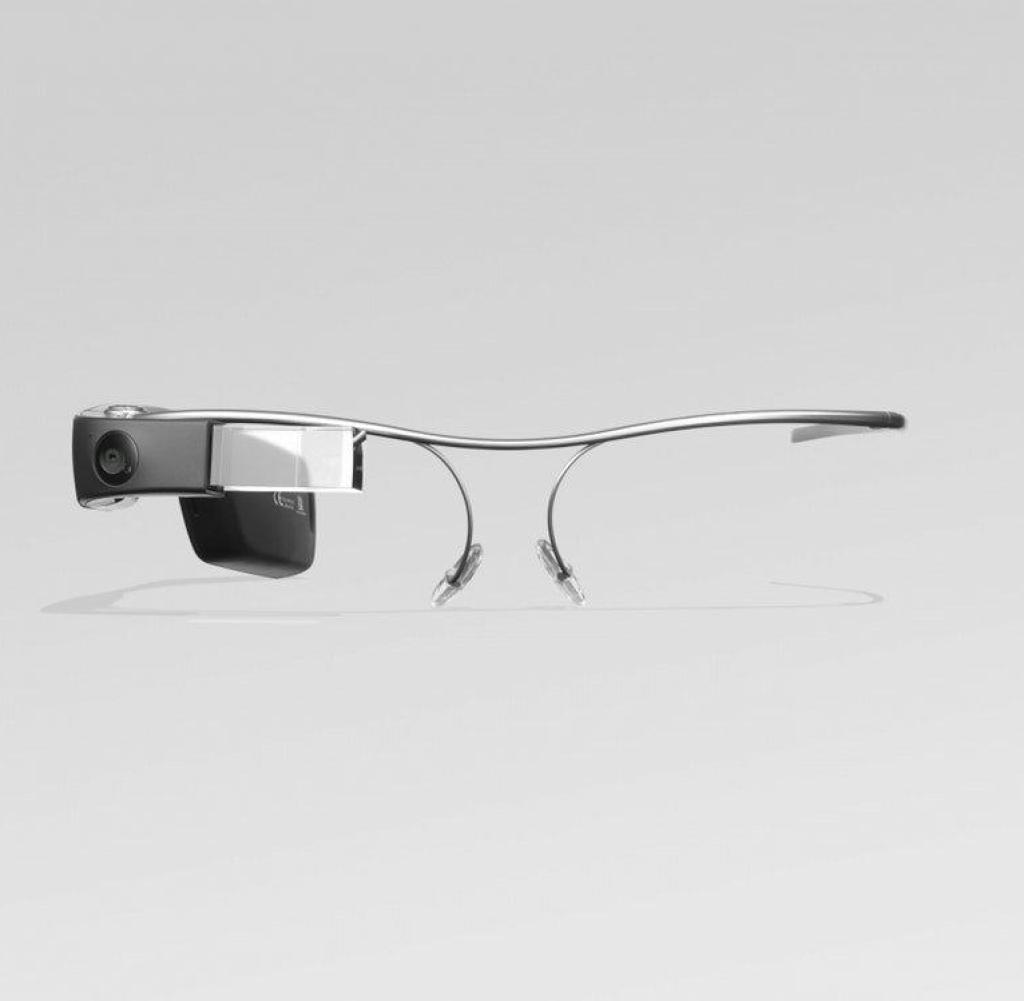 The glasses were banned in many clubs, cafes and public institutions, wearers denigrated as “glassholes”. Glass as a retail product had failed after a few months. But as an aid for mechanics, logistics workers or civil engineers, version two with safety glasses is still in use today.

In the face of a current Bitcoin– Price of 6480 euro To call cryptocurrencies a flop of the decade may sound strange. Nevertheless, Cryptocurrencies so far as a means of payment completely failed.

And because of the price jumps, they are also not suitable for storing assets. Last but not least, there is a lack of acceptance in the financial system. The best example is Facebook’s attempt to launch the cryptocurrency Libra with well-known partners as an international means of payment. After Mastercard and Visa withdrew from the project, Libra threatens to become a stillbirth.

At the beginning of the decade, manufacturers were desperately looking for an innovation that would encourage TV owners to switch to a new device. Most customers already owned a Full HD device, the 4K resolution was still far away, so tried Samsung, Sony and Co. it with 3-D television. But what works well in the cinema flopped in the living room. Nobody wanted to sit on the sofa with strange glasses on their nose and 3D Content watch on a 50-inch screen. in 2013, almost every new TV was able to display 3-D, already in 2017 the hype was over. Manufacturers announced that they would no longer develop new 3-D TVs.

We can mobile phones, was the message of Microsoft CEO Steve Ballmer when he bought Nokia in 2013 and subsequently released a whole series of new Nokia smartphones with its own operating system Windows Phone. The devices were technically sound and had excellent cameras. 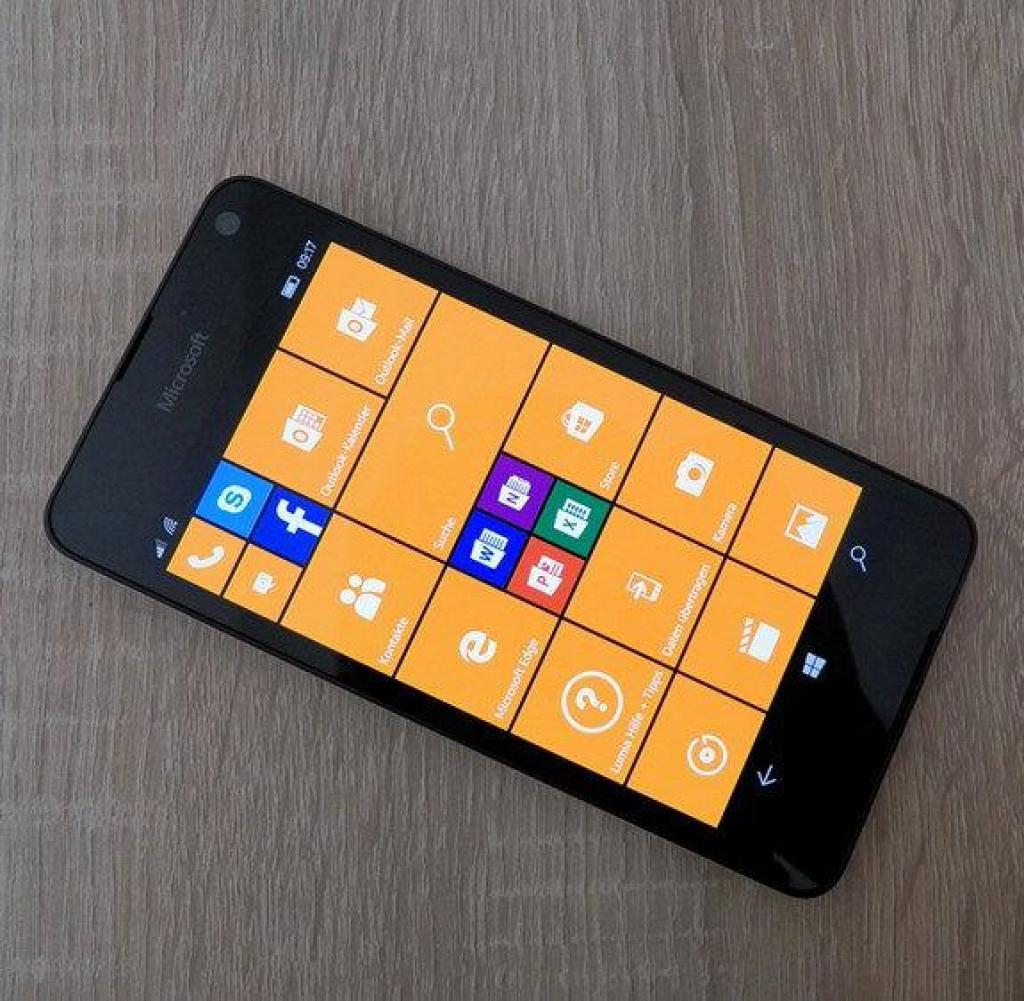 But nobody wanted to buy them anyway, because Windows Phone lacked the support of app programmers, and Microsoft stumbled updating the operating system. That was enough to push the market share below one percent. But only Ballmer’s successor Satya Nadella had the courage to stop the mobile project altogether. Microsoft had to write off eight billion dollars.

in 2010, the manufacturers Alliance published Wireless Power Consortium with Qi, the first standard for wireless charging from mobile devices. Smartphone users listened and drew hope: Finally no more cable clutter, finally a common standard. The hope did not last long. In subsequent years, competing standards were released, manufacturers could not agree – the idea of a universal charging mat remained a vision. In addition, the manufacturers had underestimated the technical problems. In 2017, Apple announced its own technology, Airpower, which was to supply up to three different devices per charging mat – and failed due to the technical problems. in 2019, Apple had to tamp down the project.

This text is from the WELT AM SONNTAG. We are happy to deliver them to your home regularly 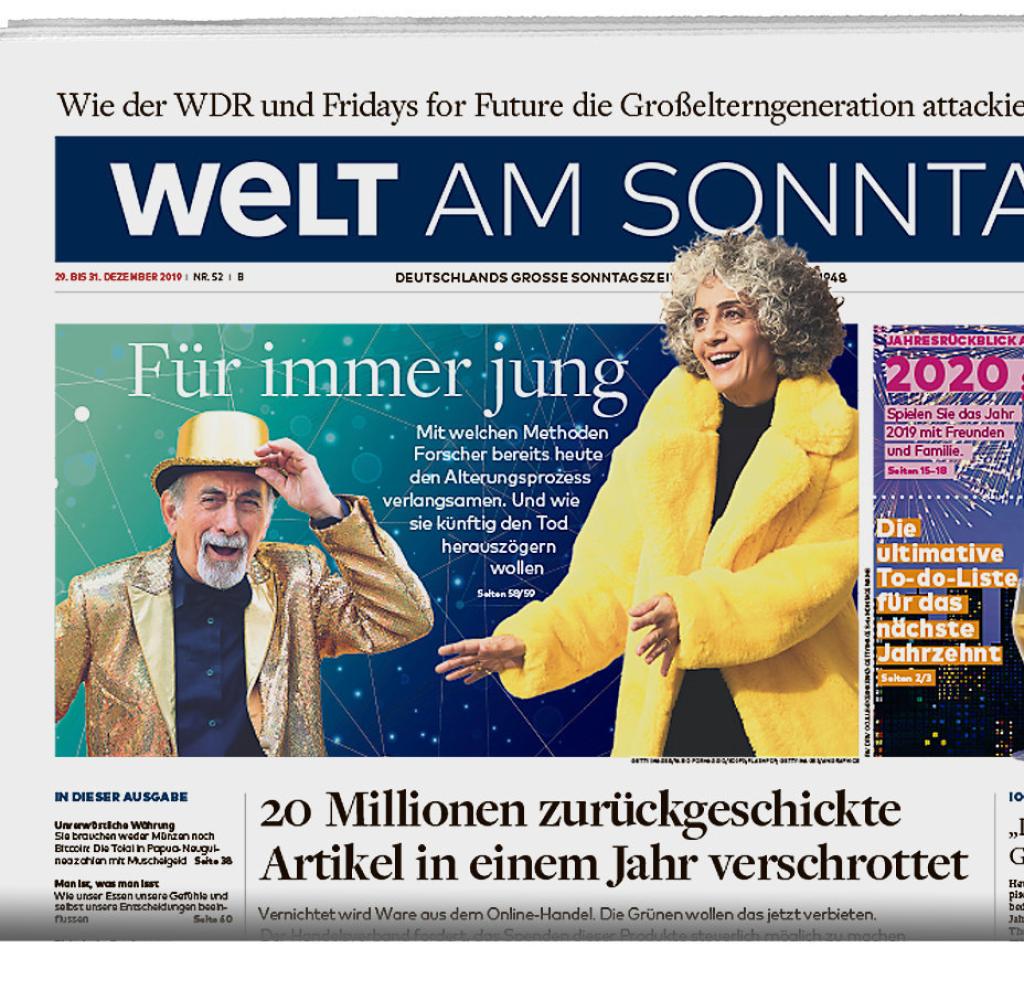