"Haptic skin" allows you to experience touch in virtual reality 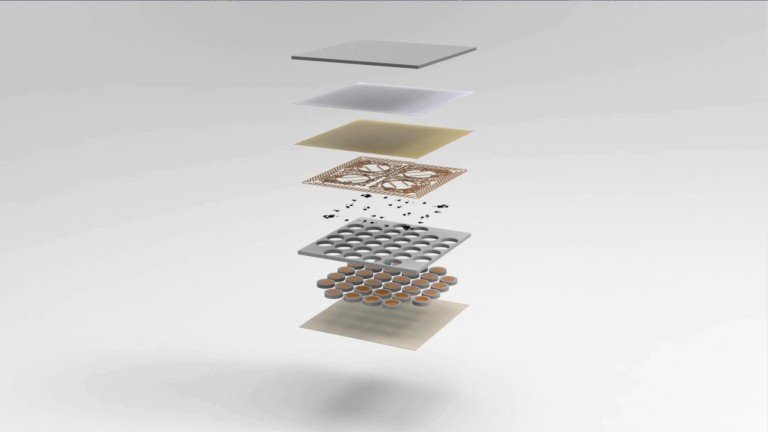 Human sensations include well-known and less recognizable senses, such as thirst, hunger and balance. Stimuli, detected by touch receptors is encoded into electrical signals which move along the nerve pathways to specific parts of the brain to be decoded into useful information. The whole process complicated. For example, the sense of touch is a combination of several senses, encompassing pressure, pain and temperature and touch receptors are stimulated by a combination of mechanical, chemical and thermal energy. Until now it was difficult to include the sensation of touch in virtual and augmented reality. But a group of Chinese and American scientists has developed an integrated in the artificial skin technology that applies pressure, vibration or motion to the user, which allows us to feel touch as transmitted from another user and generated by the computer. 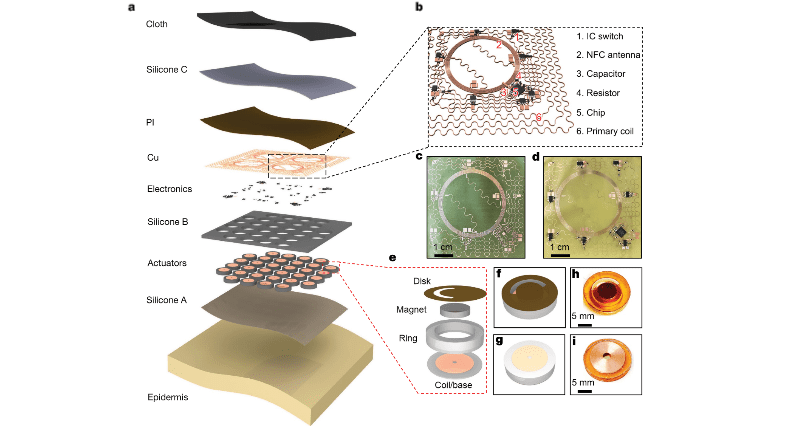 Technology is of soft, lightweight sheet of electronics that sticks to the skin and conforms to the shape of the body comfortable and non-invasive manner. The worksheet contains arrays of vibroplita — mechanical components which convert electrical energy into vibration. Each actuator consists of two connected parts: a coil of copper wire, enclosed in acrylic base and a permanent magnet fixed on a polymeric beam. When an electric current passes through the coil, the magnet vibrates with the same frequency as the current. 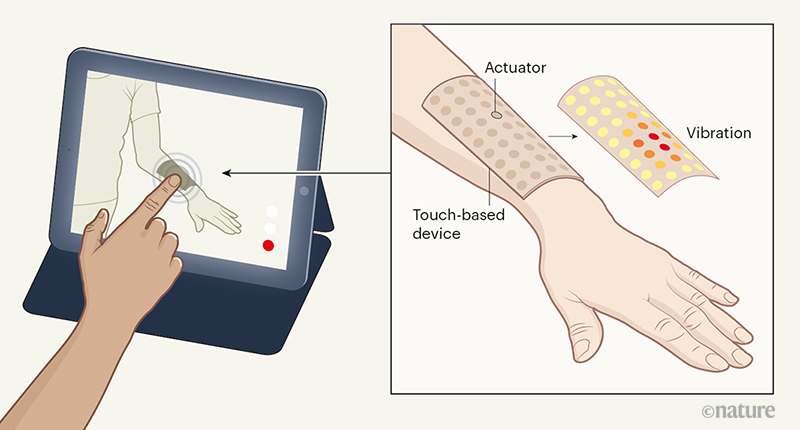 Each drive has a weight of just 1.4 grams and has dimensions of 12 to 18 mm in diameter and 2.5 mm in thickness. Taking into account that human skin can detect the nodes touch the submillimeter scale, one may wonder whether it is possible to reduce the size of actuators. The authors proposed a method of attaining such miniaturization and tested it by running the simulation. They found that the diameter and the thickness of each drive in the future may be reduced to ten and three times, respectively.

A key feature of the device is that its actuators are fed and controlled via a wireless network. So it is less bulky than wearable platform that require connecting wires or internal batteries. The system uses the primary antenna for transmission of energy, several other antennas for actuators control and management, as well as the intermediate antenna to increase the power collected from the primary antenna. It is established that the inclusion of intermediate antenna increases the collected power is about three times. The authors conducted a simulation to verify that their device meets the recommendations of the Federal communications Commission of the U.S. and the Federal administration on medicinal products in relation to safe levels of radiation exposure and absorption fabrics. 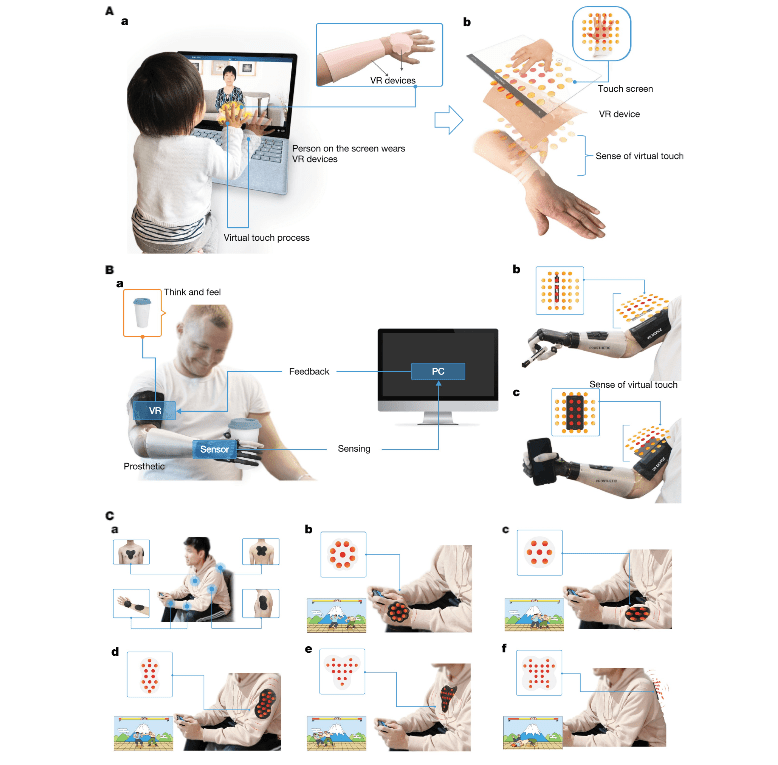 The distance between the power source and the platform shall be less than one meter, which makes the technology suitable for specific applications in virtual and augmented reality. The developers describe three specific examples. In the first case, a girl touches the screen showing a video stream Granny; Granny feels touch through the device on her arm. In the second example, a man whose amputation of the forearm and hand, captures an object using the prosthetic hand; the device on his shoulder creates a sense that reproduces the shape of the object. In the third example the person playing a video game, carry multiple devices around the body; the device is activated when there is an impact on the corresponding body parts of a game character.

This technology has some drawbacks. For example, each actuator is driven by the predetermined current of approximately 5 milliamps, which is a relatively high value compared to that found in other consumer electronics. In addition, the energy lose other components in the form of heat can affect the operating characteristics of the actuator and to cause heating of the skin, if the heat dissipation is not managed properly. Moreover, although optimized drive requires just 1.75 milliwatts of power, the total power consumption of technology remains a key limiting factor in wireless and stable work platform for practical use. As the authors point out, the miniaturization of the actuators could be a real solution to these problems.