Sometimes the world of the technology company Google divides into black and white. When the group announced at its developer conference in California at the Shoreline Amphitheatre in Mountain View that Google’s digital assistant will also be available on Apple’s iPhones in the future, the 7,000 guests cheered as if it was time to chase the Apple counterpart Siri off the court.

Google makes it clear: the Assistant will be omnipresent. “We think that the Assistant should be available on all kinds of devices where it can be useful,” said Google manager Scot Huffman, hinting at what he meant on the canvas with all sorts of symbols: toys, strollers, airplanes and even shopping carts. Since the iPhone is still the smallest surprise.

The Assistant already runs on more than 100 million devices. Initially, the assistant was only available in the chat app Allo and on Google’s own Pixel smartphones, but now it is available on more and more smartphones running the Android operating system. Users ask questions, the assistant answers.

But in the future, users will not even have to ask. You can also simply point your smartphone camera at a company sign or movie poster and then get information about it displayed. In this way, text from foreign languages can also be translated. The company calls this feature “Google Lens”. In other applications there were already similar functions, now they are built into the Assistant.

At the start of the developer conference I/O, Google leaves no doubt that artificial intelligence and machine learning should come first in the future. In fact, there is now hardly any product or service at Google that does not incorporate these developments.

From the streetview recordings, computers read information from company signs, GMail users are suggested smart answers in emails and, thanks to machine learning, the computers ‘ speech recognition is perfect in more than 95 percent of cases.

Google’s Photo app also gets new features that wouldn’t be possible without machine learning. Meanwhile, more than half a billion people use this application, which already selects photos by search words, without them being described accordingly. The computer recognizes by itself what can be seen in the picture. A search for “sunset” will then find all photos depicting a sunset.

In the coming weeks, the app will get new features for sharing photos. The application then automatically suggests with whom it could be shared based on the information it finds in the image. The recipients are simply read from the photo.

Photo libraries can be shared “smart”

In addition, photo libraries can be shared with friends. If a new photo is then added, it will also appear on the second smartphone after a short time. Users can set filters and, for example, share within the family only photos on which the children are depicted. These filters will automatically apply to future photos. 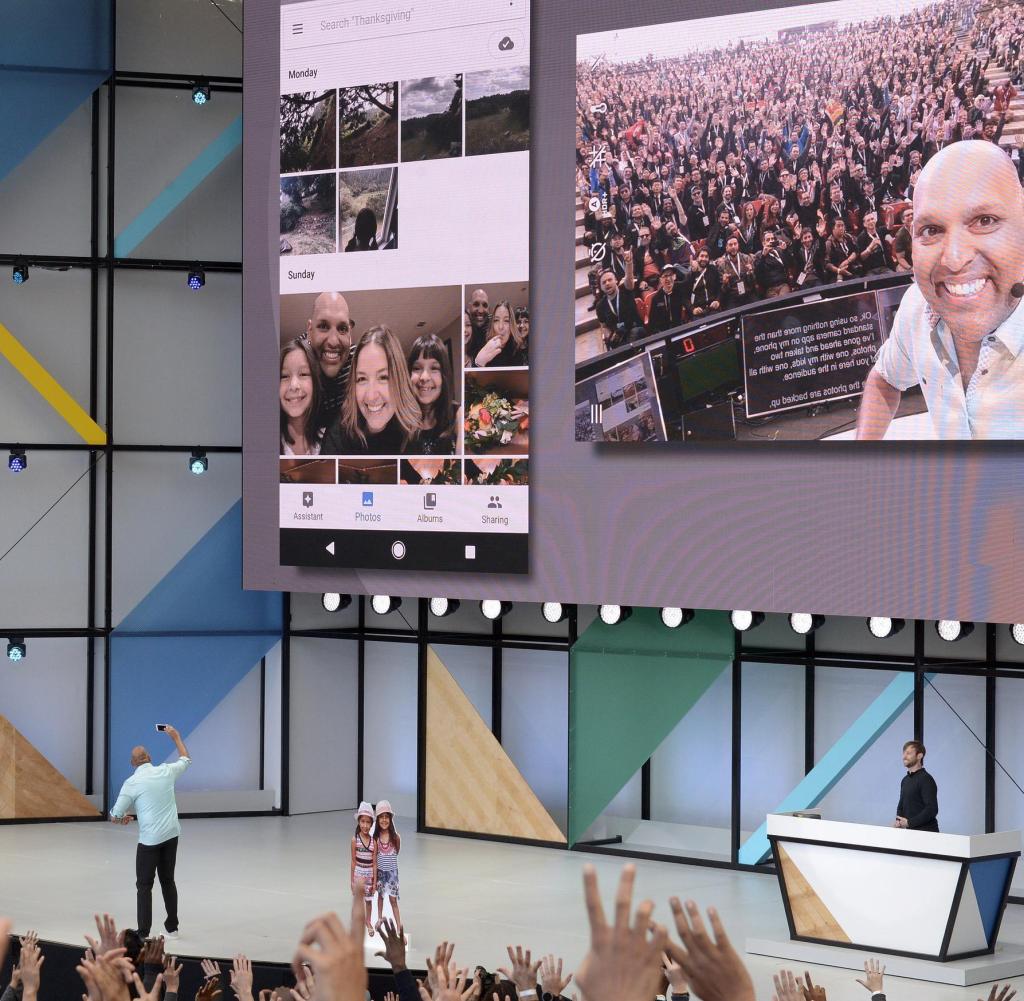 As it is already possible at Apple, users of Google Photos should be able to order photo books in the future. Google’s artificial intelligence already makes personalized suggestions, so that the user no longer has to make their own selection.

This feature will only be introduced in the US, but will be available in other countries later. Just like the Google Assistant, the Photo app will also be able to access Google Lens, for example to clarify afterwards which building or painting is on the illustration.

Google is not alone with its applications that rely on machine learning. One of the fiercest competitors is Amazon with its smart speaker Echo and digital assistant Alexa. Google also has such a device under the name Google Home, but is rather a laggard. Unlike Amazon’s Echo, the Google speaker is only available in the US. Only in the summer Google Home should also come to Germany. 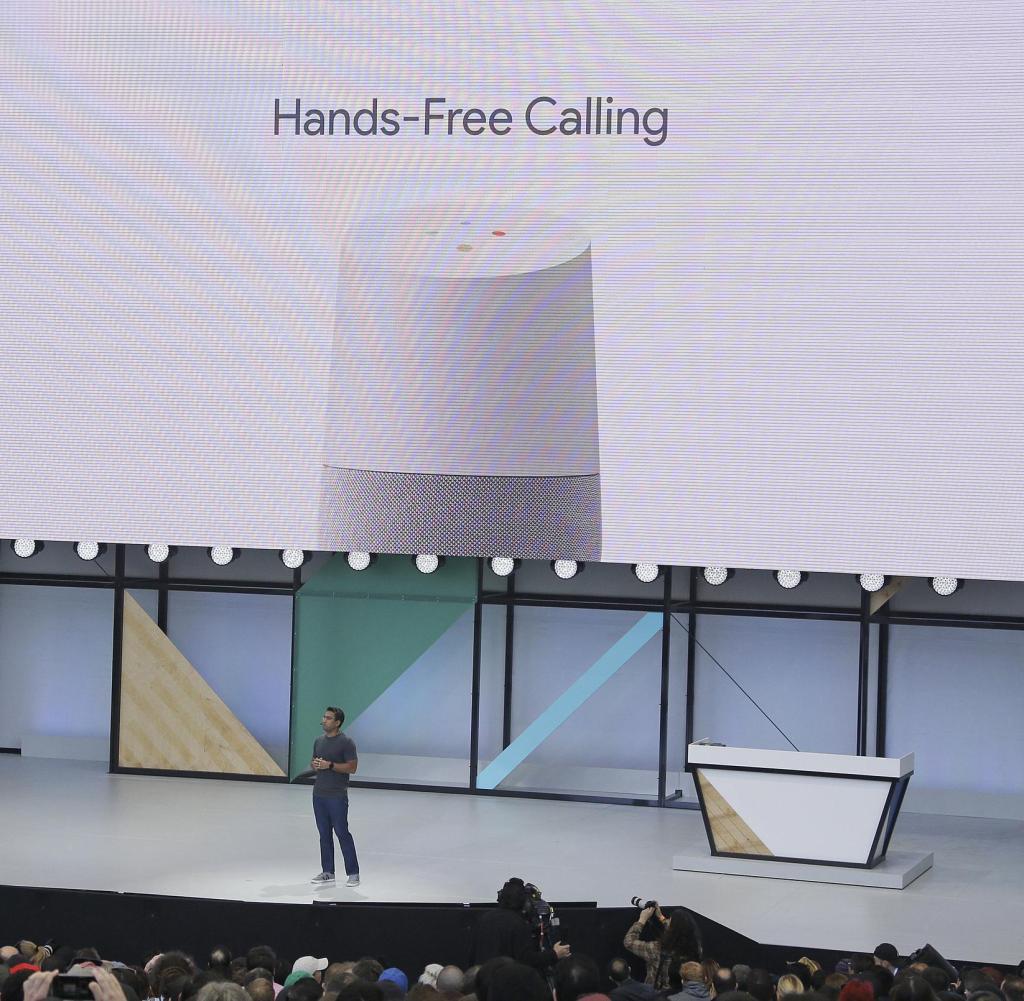 In their basic functions, the devices differ little. Amazon recently added a telephony feature to its Echoes in the US. Google Home will soon be able to call any landline or mobile phone in North America on demand.

Since the assistant has access to the calendar in Google Home, it should also contact its user unasked in the future, if the traffic makes it necessary, for example, to start earlier for an appointment. According to the WORLD, Amazon is working on a similar solution.

Although Google Home does not have a display. In the future, however, the device will be able to send additional information to the smartphone or to the TV to which a Chromecast streaming adapter is connected. These can be, for example, weather forecasts or calendar entries.

Google also uses its developer conference to introduce innovations in other areas. In the future, YouTube will also be able to display 360-degree videos on the TV, starting on Sony devices with Android and on TVs with connected Xbox One.

The super chat function is also being expanded, through which users can buy chat time with their YouTube stars for three months already. For a fee, your chat posts will then be displayed at the top and highlighted in color for some time.

In the future, there will be an open interface through which viewers can interact with their favorite stars during a live stream. You could then, for example, turn the light on and off or control a drone.

A year ago, Google presented the virtual reality platform Daydream at its developer conference and last October introduced glasses for it, into which Google’s own Pixel smartphone is inserted. Now Google is developing together with Qualcomm a VR glasses, which does without a smartphone, so the processor and the displays have the same built-in.

The first of these Google VR glasses are to be produced by HTC and Lenovo and will be launched later this year. Through a technology that Google calls “World Sense”, the glasses can also capture the position of their user in space. This was previously only possible with more complex solutions of the HTC Vive and Oculus Rift.

Only minor improvements on Android

The mobile operating system Android came surprisingly short at the opening keynote in Mountain View. Two billion devices are now running the software. Google introduced a picture-in-picture function, in which a video runs in a smaller image on the smartphone while the user, for example, edits his e-mails. 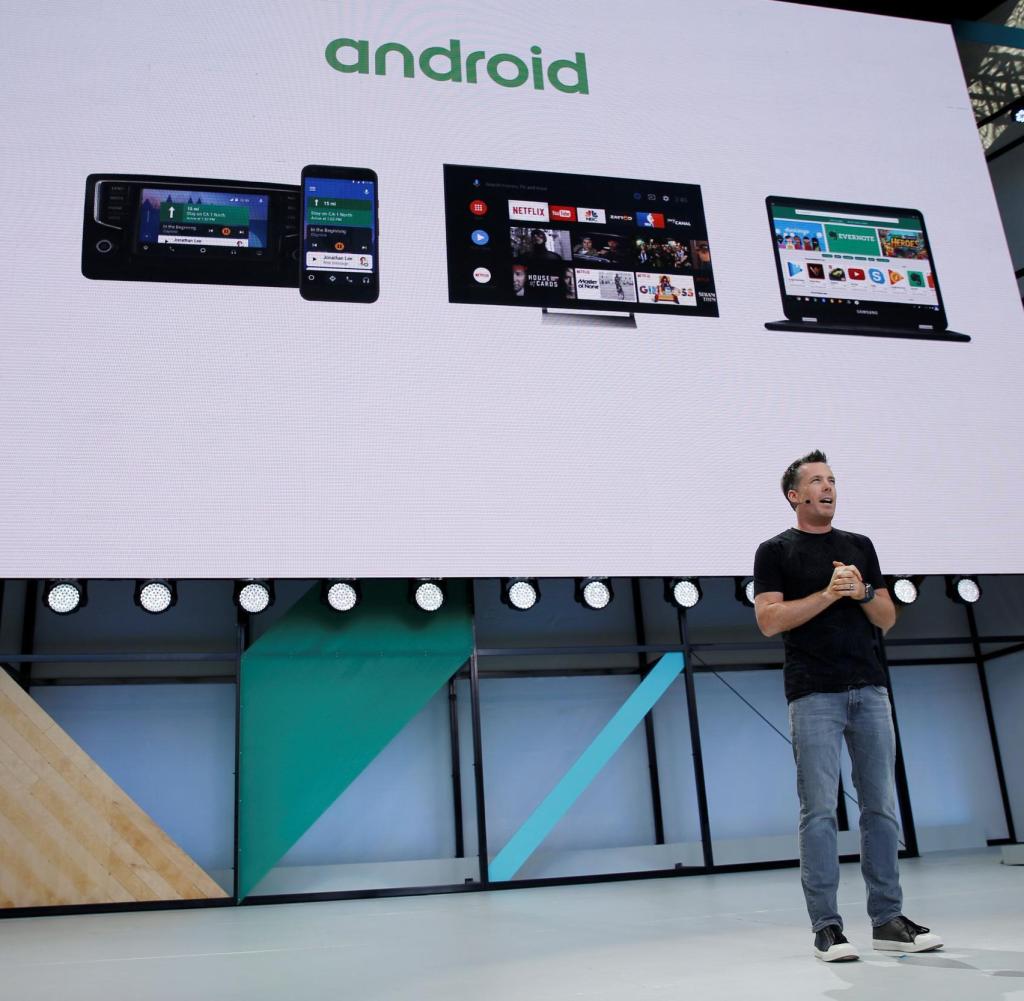 In the future, app icons will be marked with a dot if they have current notifications. And the autofill of usernames and passwords that Google already knows in the Chrome browser will soon work in apps as well.

The next version of Android ” O ” should be safer and more economical with the resources of the device. In some cases, apps can be called up twice as fast as before. In addition, Android O is designed to handle the battery more efficiently. For cheaper smartphones with less memory, which are sold in countries such as India and Brazil, there will be an Android version Go in the future, in which not only the operating system will be adapted to the weaker hardware equipment, but also other Google apps such as YouTube.

These devices, which are planned to be sold from 2018, are also more economical with data on the mobile network. Thus, in the Chrome browser, a function is already turned on that compresses images more strongly. YouTube videos can be downloaded on these devices when they are on the Wi-Fi network. Users can copy these videos directly from one device to another without having to access the mobile network.