Here’s everything we know about PlayStation VR2 at the moment:

It seems that the rumors turned out to be true. During Sony’s press conference at CES, the company confirmed that the PS VR2 will have a 4K HDR resolution (2000×2040 for each eye) based on an OLED display and a smooth frame rate of 90/120 Hz. The headset has a 110-degree field of view (14 degrees more than the original PS VR), as well as a foveative rendering method, in which eye tracking technology is used to reduce the load on rendering by reducing the quality of images outside the user’s peripheral vision. Speaking of eye tracking…

Another rumor has come true. Yesterday, the company confirmed that the PlayStation VR2 will indeed be equipped with a built-in eye movement tracking system. According to Sony, this technology will be used for various purposes, including rendering with foviation and improved character models. In an official release, the company explains how eye tracking in PS VR2 will enhance your social VR experience, allowing you and other players to interact with each other more realistically with “increased emotional reactions” and “improved expression.”

In March of this year, Sony introduced new and improved VR controllers, and their unique design immediately attracted people’s attention. According to the company, the design of the “sphere” provides better ergonomics, as well as weight distribution, which leads to a more comfortable interaction. The PS VR2 Sense Controller, as it is now called, will be tracked by the PS VR2 headset itself using the tracking function from the inside out; the PlayStation Camera will no longer be needed.

In addition to eye tracking and improved controller tracking, the PS VR2 will also use headset feedback technology. This unique headset-based tactile feedback promises to immerse you even more in what is happening in the headset, transmitting the feeling of physical presence directly to your head. This sense of presence is further enhanced by the immersive 3D audio of the PS VR2, as well as the Tempest 3D AudioTech PS5. Judging by the presented characteristics, the headset does not include built-in speakers or headphones. Instead, players will be able to connect their headphones via a standard 3.5mm headphone jack. 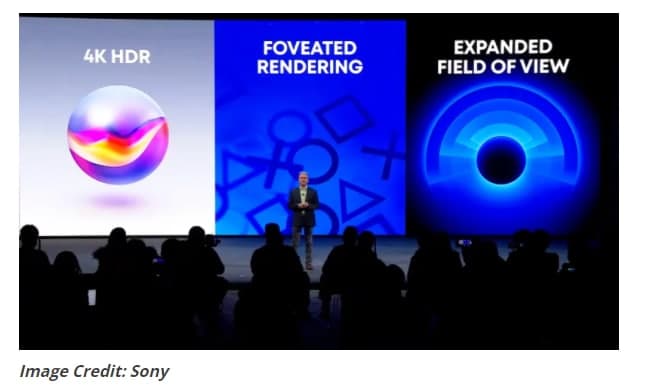 Below is the full information about the technical specifications (provided by Sony):

The field of view is about 110 degrees

IR camera for eye tracking for each eye

Feedback Vibration on the headset 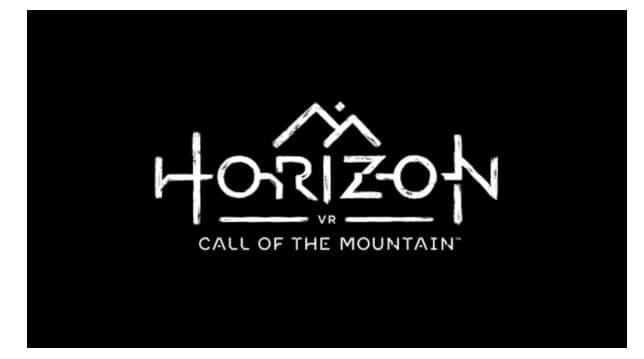 Sony has concluded its conference with a show of a new VR game developed exclusively for PlayStation VR2, Horizon Call of the Mountain. The game Call of the Mountain, available as a starter game for PS VR2, is an original VR experience created in the popular Horizon Zero Dawn universe. Little is known about the game, except that players will have to take control of a new main character. However, the developers of Guerrilla Games and Firesprite have confirmed that Aloy (the protagonist of the original game) will appear in the game along with “other familiar faces”.

Unfortunately, we still have no information about the official price or release date of the PS VR2, although there are rumors about a possible release in February 2022.