Firefox Reality 7: in the new version of the browser VR appeared the sync feature

Firefox Reality 7: in the new version of the browser VR appeared the sync feature 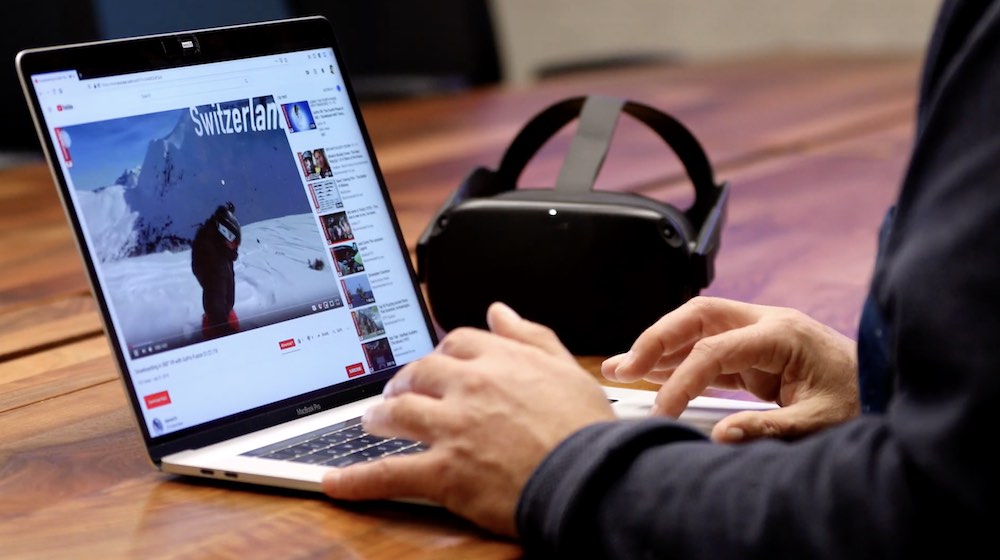 Firefox users Reality can for the first time to log in to your Firefox profile using version 7 of the browser VR and, therefore, to your own search history and bookmarks via virtual reality glasses, like Oculus Quest.

Firefox Reality is designed primarily for immersive web content: the content 3D and WebXR is reproduced and displayed in 360 degrees. However, VR-optimized browser can also be used for regular Internetsurfing.

Thanks to the Firefox sync Reality 7, Mozilla simplifies cross-platform viewing. Pre-existing VR version of the browser has greatly reduced their usefulness.

Another new feature: anyone who uses the Internet using Firefox on smartphone, tablet, PC or laptop and find something that is worth paying attention to virtual reality, can send the appropriate tab directly into your device VR (e.g. Oculus Quest) in the browser. Then you just need to wear VR glasses and find a tab in Firefox Reality. By the way, way back from the points VR to the computer also works. The following video demonstrates the feature.

Reality Firefox 7 also adds support for a Bluetooth keyboard for more comfortable surfing in virtual reality. Browser Oculus will provide this feature in the near future.

These and other new features of the new version are described in the Mozilla blog or directly on Github.

Firefox Reality is available for free in store Oculus Go for Oculus and Oculus Quest and Viveport for Vive Focus (Plus).