Alchemy and collective energy: vibrating together in a vast museum universe, interacting with works of art that mysteriously take shape in space through a smartphone-controlled stroll… This alchemy is at the heart of the 2nd edition of the Palais Augmenté, a festival dedicated to creations made using immersive technologies. It reflects the intention of the designers of the event – of which Sciences et Avenir-La Recherche is a partner – open at the Grand Palais Éphémère in Paris from June 17 to 19, 2022*. Co-produced by Fisheye, a contemporary photography magazine that incubates cultural startups, and the Réunion des musées nationaux-Grand Palais (RMN), Palais Augmenté 2 invites you to discover a universe teeming with inventiveness. The original artistic commissions, the collaboration with the students of Gobelins l’école de l’image, and ECAL, Lausanne Cantonal School, the meetings with the actors of new technologies are complemented by a series of conferences that explore the fields of application of digital: digitized heritage, cryptocurrencies, metavers, NFTs (non-fungible tokens, non-replaceable property titles) … But concretely, in order to allow the creations to come alive before your eyes, and to enjoy an immersive experience in which immaterial works will populate the space you will be surveying, you will need to bring your own smartphone and an audio headset.

The augmented spatio-musical creation proposed by the Franco-Lebanese Mouawad + Laurier, Soundscape, arises from the interaction between the sounds emitted by the visitors, aggregated in real time in a kind of choir to which echoes a poetic dance of lights. In Never the Same Ocean, the Franco-Japanese duo Ittah Yoda, thanks to a collaboration with researchers, imagines underwater creatures taking the form of animated sculptures inspired by phytoplankton and zooplankton. Can Dogs Save the World? from the French Gourau Phong plays the card of our companionship relationship with dogs, transformed into funny floating figures! Finally, also French, Julien Creuzet invents in Ogun and mars for a cosmogony of the invisible a gigantic creature that makes the book a reminder of our multicultural horizons: with gestures repeated over and over again, she removes from her own head works from pan-African, French-speaking, English-speaking, Portuguese-speaking and Spanish-speaking productions. 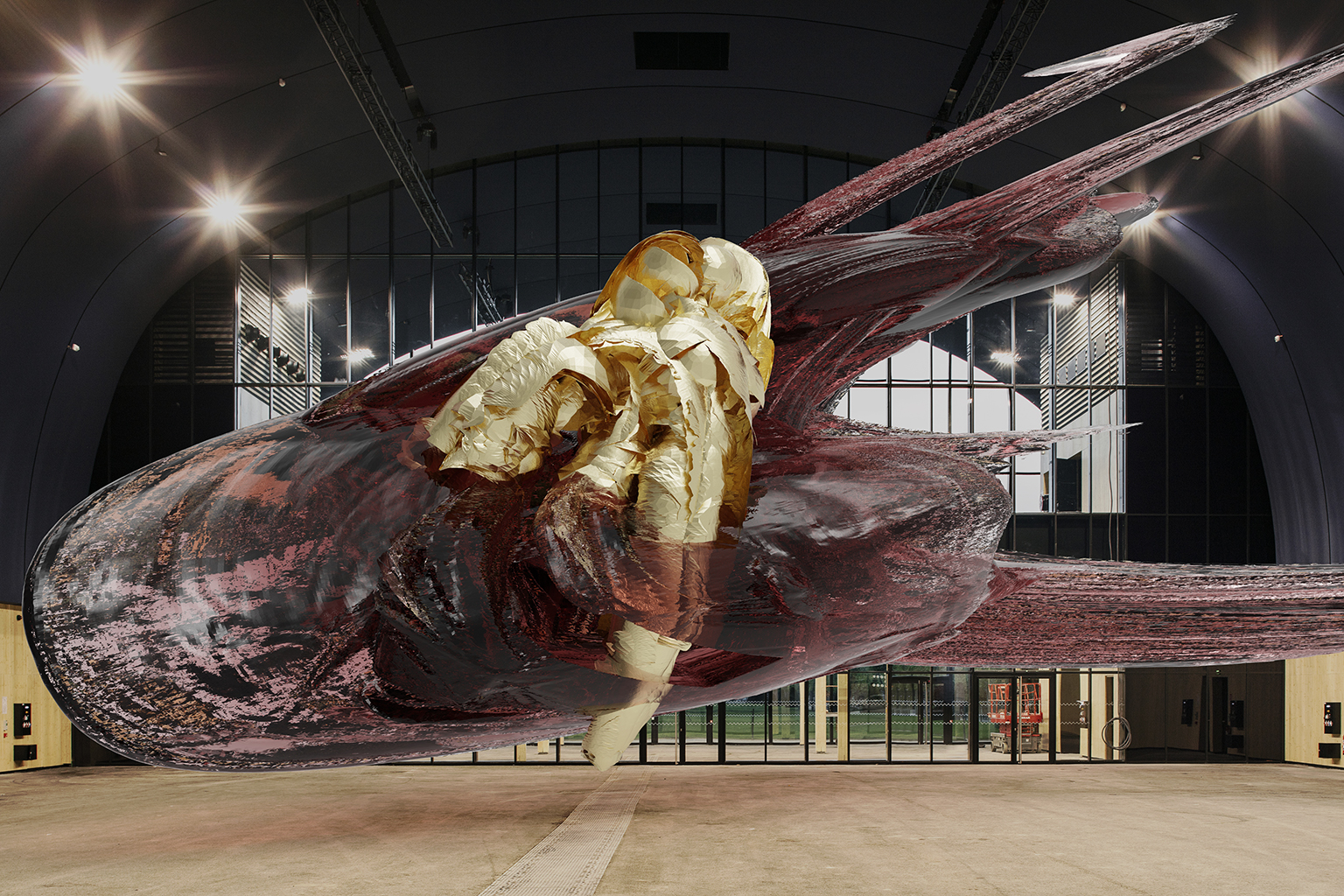 At the origin of this festival, which met with a great success of participation when it started in 2021, is the concordance of visions of its initiators, Benoît Baume, editorial director of Fisheye, and Roei Amit, general director of the Grand Palais Immersive Institution, a subsidiary of the RMN. Interviewed on this occasion, the former highlights the unwavering desire of his magazine to support new facets of artistic creation, and explains to us that “immersive mediums offer a renewed experience of cultural mediation, capable of attracting new audiences to museums and institutions. The playful and technological dimensions help to convey substantive societal messages and serve the objectives of education and transmission. I believe that museums must seize the tools at their disposal to reinvent visiting experiences that put the experience at the heart of their concept”. 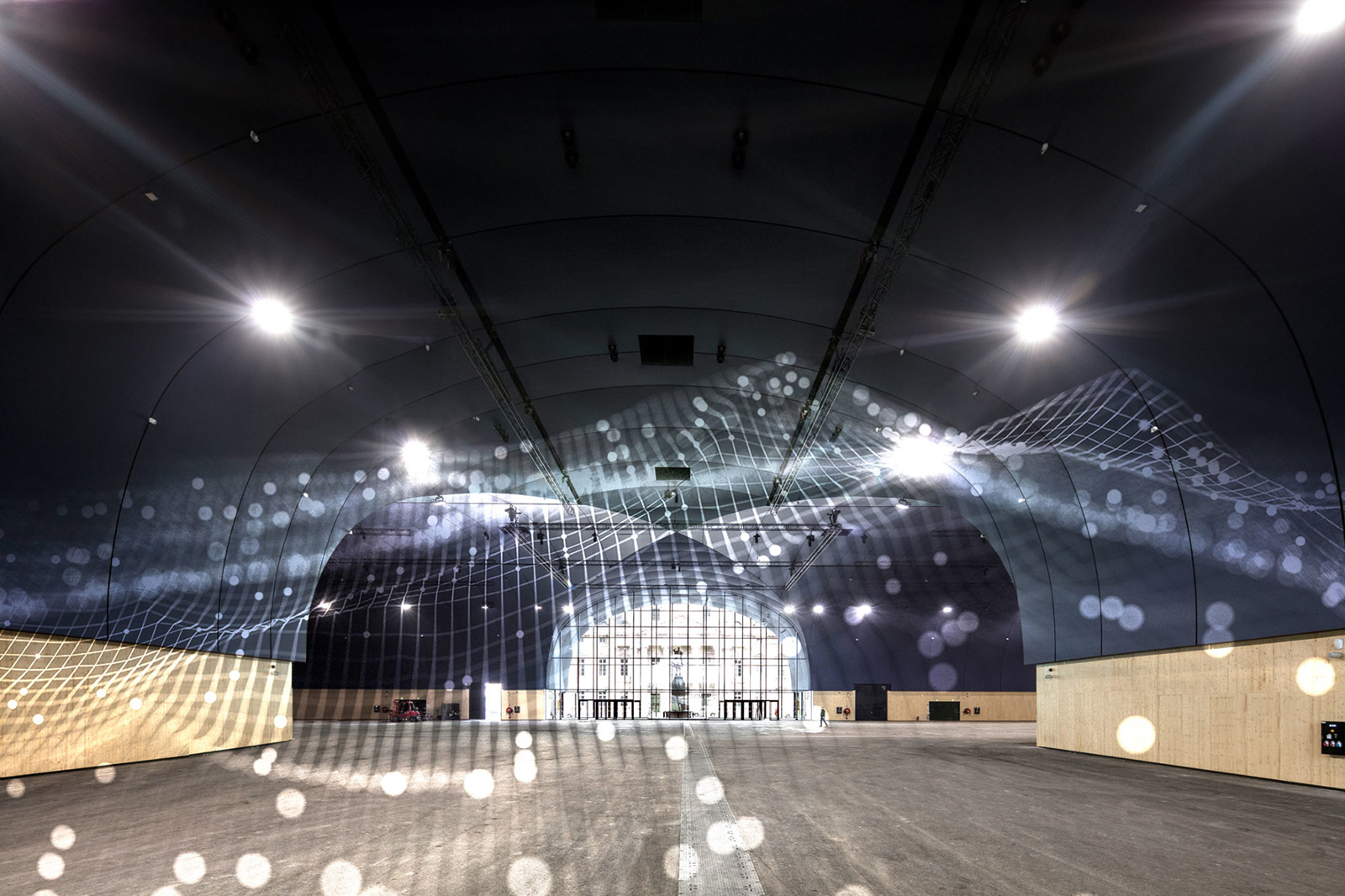 As for Roei Amit, he says that “for a generalist institution such as the RMN, which embraces all currents of artistic expression and whose mission remains to make art and culture accessible to as many people as possible, sharing these new creative forms with the public has become a kind of obvious. The Covid crisis has caused an acceleration of interest in digital works, which we have seen flocking to social networks in a kind of inventive effervescence. Combined with technological maturity, this has created the conditions to encourage us to follow suit with this evolution and to invest with the festival the magnificent space of the Grand Palais Ephemeral. The family attendance at the Palais Augmenté 2021 has taught us that showing works in augmented reality does not run into a technological barrier, that digital is today transgenerational. I often summarize this observation to the comparison between pigments and pixels: some are spread out on a canvas, the others are displayed on screens! ». The Grand Palais Immersive subsidiary already counts among its initiatives the Pompeii exhibition (2020, Paris) and The Immersive Mona Lisa* (Marseille, until August 21, 2022, then itinerant) and will open a new dedicated space in the south wing of the Opéra Bastille in Paris, which will be inaugurated by an event certainly promised to success: Venice Revealed. This is a project to create a digital twin of the city, engaged for years in collaboration with the company Iconem, specialized in the digitization and 3D restitution of the threatened world heritage. This does not shake Roei Amit’s convictions: “Traditional museums will not disappear, they will simply coexist with other proposals, in an ecosystem where the appropriation and uses of new technologies will be an integral part of the cultural landscape”.