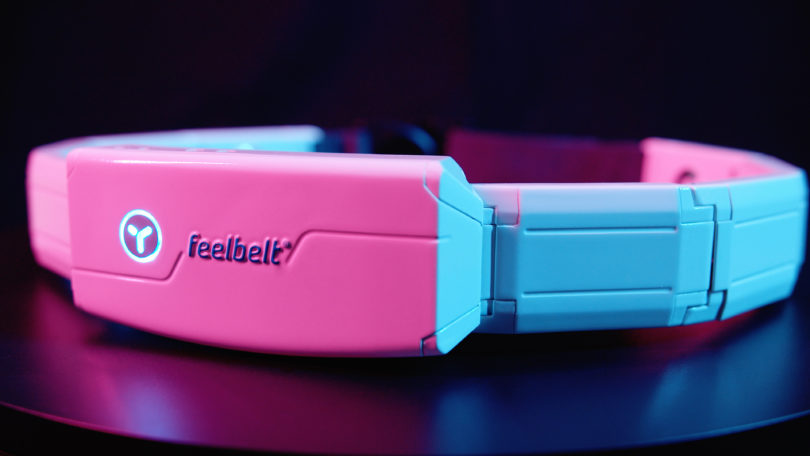 Tactile feedback is a great addition to any virtual reality experience, whether it is the feeling of the collision of two swords in Blade & Sorcery or the roar of a strong explosion in Half-Life: Alyx. This is an important part of how modern equipment virtual reality immerses you in the experience, allowing you to “feel” the virtual world around you.

The German company Feelbelt wants to make this dive even deeper thanks to a wearable tactile belt, capable of transmitting the entire range of frequencies from 1 to 20,000 Hz in the form of haptic feedback.

Wear as a traditional strap, it resembles what you might see in a science fiction movie. The device uses 10 of pulse generators, each of which is able to transmit the frequency spectra for different schemes or all at once in several directions. Simply put, the belt allows you to “feel” the sound by a vibration. For example, the explosion left will make the left edge of the belt to “rattle” more than the right, and Vice versa.

In combination with the tactile sensations in the controllers, sensual waist promises a deeper and more emotional virtual reality experience that uses all of your physical senses. Without a doubt, the device will go well with such titles as WaveXR , Audiotrip , Beat Saber and Pistol Whip.

In addition to virtual reality, you can also use a belt for various other media, including music. You can even use it while watching the film. 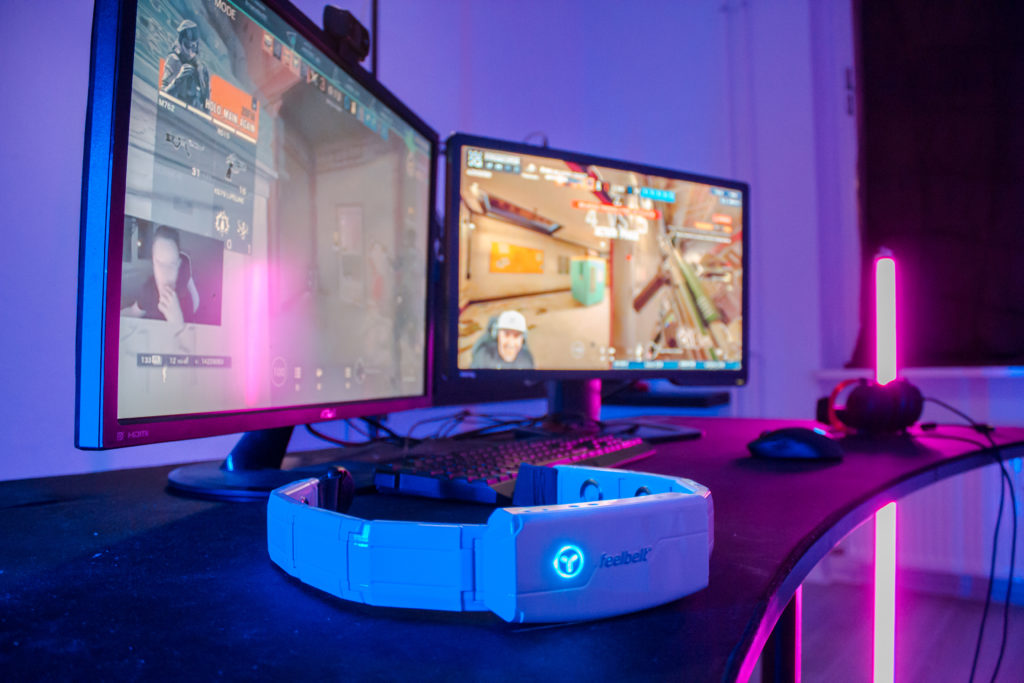 A fully charged sensitive the belt is able to provide 6 hours of tactile sensations, be it games, music or movies. Charging the belt is simple; just connect the device to the power outlet via USB port-C.

You control sensual strap over the Feelbelt app available on iOS and Android. Here you can adjust the volume and tactility, as well as to access data, such as current battery life. The headphones are connected to the belt via a 3.5 mm socket located at the top of the belt. You can also connect wirelessly via Bluetooth. 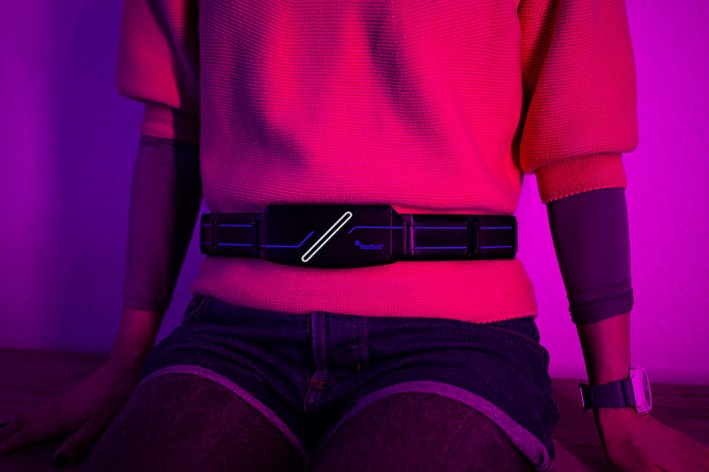 On a more practical level, the hearing impaired can take advantage of tactile sensations as a way to test the sounds while watching a movie or at a loud construction sites to provide tactile patterns such as Morse code for communication.

“We have developed our unique system of pulse generator, to create the feeling that you have never experienced before. This adds a whole new dimension to the game to improve performance and experience.”

Feelbelt has developed a patented process and is one of a kind software to create a tool that promises to provide a new level of immersion in virtual reality, games, movies and music.

Haptic belt is available in variations of black and white. In 2019 Feelbelt won the startups award, awarded by the Brandenburg University of applied Sciences.

Feelbelt suitable for people of all sizes and is compatible with multiple platforms. You can pre-order the belt on Kickstarter for 199 Euro / 222 us dollar.The company says they send their tactile belt around the world.