In the past, Facebook has already publicly mentioned its interest in the robotics sector but without giving more details. On Monday, May 20, the American firm finally revealed details about the specific projects it is working on. The social networking giant has unveiled three robotics projects that it hopes will help meet the challenge of building artificial intelligence (AI) systems that do not have to rely on large amounts of pre-established data to learn new information. Mark Zuckerberg’s company is conducting research aimed at teaching robots how to learn to recognize the world around them in the same way as humans.

“The real world is messy. It’s not simple,” Roberto Calandra, a researcher in the AI section at Facebook, told Business Insider US. “The world we live in is not a perfect place. It is not well ordered. The fact that we are trying to develop algorithms that work on real robots [aidera] to create algorithms [IA] who, in general, will be more reliable, more robust and who will learn faster”.

All three of Facebook’s projects are conducted within the artificial intelligence research section of the American company. This section works completely independently of the firm’s other popular services, such as its range of smartphone applications. Facebook claims that its research in robotics and artificial intelligence is used to advance AI in the industrial sector and at the university level, and emphasizes that its computer scientists do not conduct this research with the aim of integrating this technology into products for users.

So, in one of these projects, Facebook is developing algorithms aimed at reducing the time it would take a six-legged robot to learn to walk. And this even if the machine does not have any information about its environment.

“The idea is that with a little luck we can get performances where the robot, without any prior knowledge of the world or what walking means, can learn to walk in a natural way in a few hours,” explains Roberto Calandra.

In another project, the company led by Mark Zuckerberg discovered that using the concept of curiosity as a motivating factor could help robots learn faster, thus establishing a real parallel with the way humans learn. Facebook claims to have applied this curiosity-based technique to applications using a robotic arm as well as during simulations.

The third area that Facebook is studying is helping robots discover the world through touch. The American company has developed a method that allows robots to perform tasks by learning through touch without having previously received specific training data. According to Roberto Calandra, it is difficult to build hardware with the right touch sensors, which partly explains why this approach remains a real challenge for machines.

“As humans, every time we grab our cup or reach for our phone, we are actually very good at perceiving objects and understanding how to manipulate them by touch,” he details. “At the moment, it is still difficult to build the equipment to allow the machines to do the same”.

Speed up the process

The achievement of such progress could be decisive for accelerating the development of artificial intelligence systems. In many cases, AI systems need to be trained with pre-established data to function. For example, if you want to create an algorithm that can detect cats in photos, it needs to understand what a cat looks like by going through large amounts of data, such as thousands of photos labeled as containing cats.

But the labeling of data takes a long time, and in some cases the necessary data may be unavailable. That’s why Facebook researchers hope their robotics-focused projects will lead to algorithms that will discover the world the way humans do.

Franziska Meier, also a research scientist for Facebook’s AI group, points out that natural language processing is a use case in which the required data may be unavailable. “You may want to translate words from one language to another, but you may be limited in your task if you have a lot of data for one language but not for the others,” she told Business Insider US. 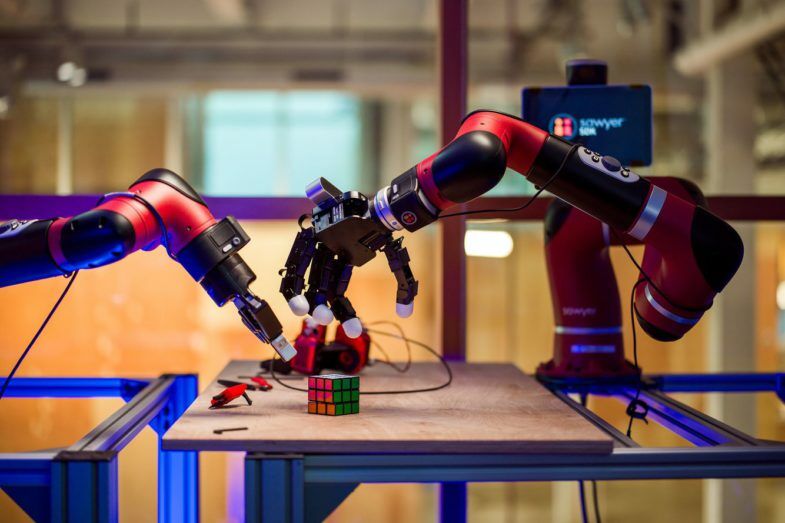 Big Silicon Valley companies like Facebook are investing more in artificial intelligence because it is expected that this sector will experience a big boom. In April 2018, the market research company Gartner estimated that the commercial value derived from artificial intelligence would reach just over a trillion dollars for the year, an increase of 70% compared to 2017.