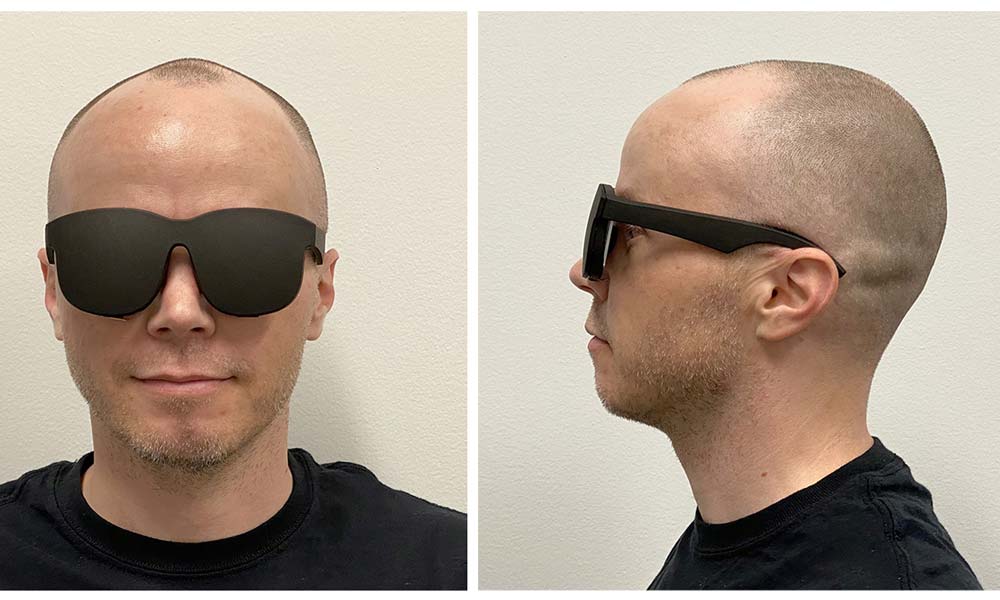 Today, Facebook has published a new study that, according to the company, shows “the thin virtual display shown to date” in the headset, folding based on holographic optics.

Facebook Reality Labs, Department of research and development the company’s AR / VR, today published a new study demonstrating an approach that combines two key features: the optical “folding” of polarizing and holographic lenses. In their paper, the researchers say they used this technique to create a functional VR-display and lens, whose thickness is only 9 mm. the result is a VR headset that can be called “virtual reality glasses”.

This approach has other advantages, in addition to an incredibly compact size: the researchers claim that it can also support a much broader color range than the current VR displays, and that their display making progress “in the direction of increasing the resolution to the limit of human vision”.

Why modern headsets are so big? 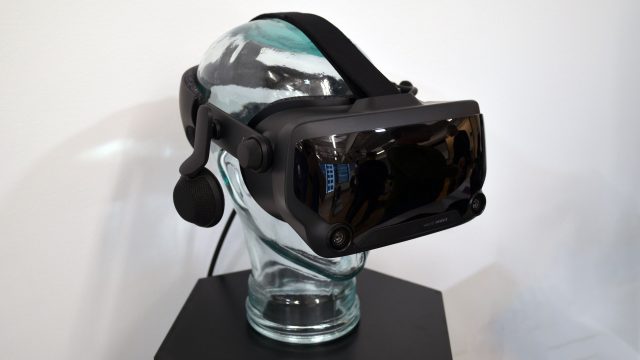 It is natural to wonder why even the latest headset virtual reality as bulky as the headset of the first generation, released in 2016. The answer is simple: it’s all about the optics.

Each consumer VR headset on the market uses the same optical pipeline: a macro display for a simple lens. The lens is designed to focus the light from the display in the eye. But in order for that to happen, the lens should be a few inches from the display, otherwise he doesn’t have the power of focus to focus light in the eye.

It is the necessary distance between display and lens is the reason that each font looks like a box on the face of the user. This approach is still used today because of the lenses and displays are known quantities; they are cheap and simple, and although they are bulky, but still provide a wide field of view and high resolution.

It was proposed many solutions to reduce the size of VR headsets, and almost all of them include the use of new displays and lenses.

New research from Facebook suggests to use as foldable and holographic optics.

What is a foldable lens? It’s not quite what it seems by name, but once you understand what it was about, you would be hard pressed to come up with a better name.

While simple lenses modern VR headsets must be at a certain distance from the display to focus the light in your eye, the concept of folding optics offers a “fold” is the distance that the light remained the same distance needed to focus, but his path is formed in a more compact area.

You can imagine it as a sheet of paper with an arbitrary width. When you bend the paper in half, the paper itself remains the same width as the first experiment, but the width takes up less space, because you folded it.

But how to do this trick is with the lights? Polarization is the key to everything. 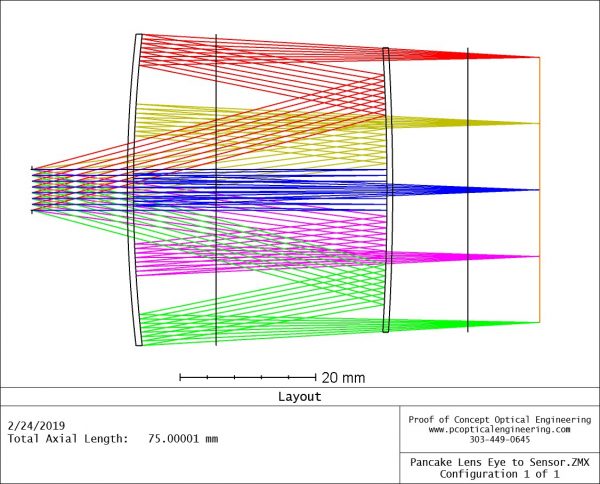 It turns out that the rays of light have “orientation”. Typically, the orientation of the light rays are random, but you can use a polarizer to only pass light of a particular orientation. You can imagine the polarizer as a box for coins in a vending machine: it will accept coins of only one orientation.

Using polarization, it is possible to reflect the light back and forth several times on the optical path, before eventually send it to the user’s eyes. This approach allows the lens and display positioned much closer to each other, resulting in a more compact headset.

But to become even thinner to reduce the size of the lenses — researchers Facebook turned to holographic optics.

Instead of using a series of typical lenses (like those found in glasses) in the folding optics, the researchers formed a lens in the hologram.

This is the basic idea of Facebook approach to holographic lenses. The researchers effectively “captured” the real hologram lens, by combining the optical properties of a real lens in a holographic film of thin paper.

Thus, optics that Facebook uses this design, is literally a hologram lens. 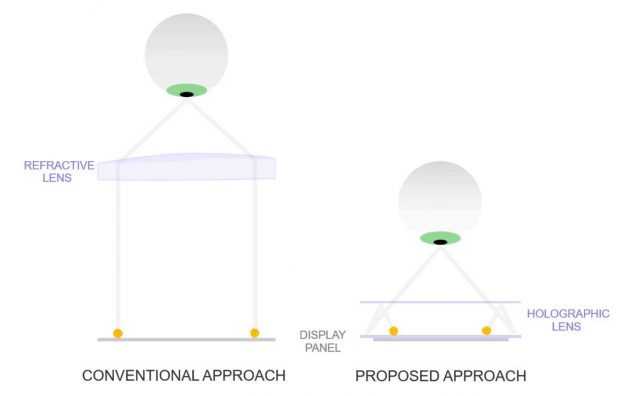 The goal of this approach is to make virtual displays are really ambitious. Even at this stage, proof-of-concept the researchers have demonstrated a headset equipped with such displays, which really could be called “glazed”, even more fair than the “safety glasses”. And they say that it reaches “resolution and field of view of a modern VR headset”. 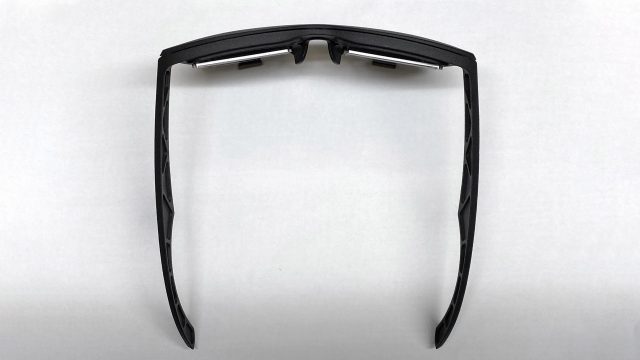 It is important to note that the headset is in the image does not contain any components required for the actual product. To focus directly on the center of their research (optics), they did not consider things that would normally be inside the headset, such as the light source (in this case a laser), electronics, camera tracking, etc. the Researchers “recognize the problems of reduction of size when integrating sources of light in the glasses, as modern laser modules tend to be more than commonly used light sources.”

The researchers say that further research and development of foldable holographic optics could be a practical approach to creating a compact virtual set with a wide field of view, a very large color gamut, and perhaps even resolution of the retina.

When will we see this technology in VR headsets?

Most likely, just not for another 10 years. Although the study shows some really compelling capabilities, much work remains before this technology leaves the lab.

First, they have yet to demonstrate a full version of their work in the form factor points. 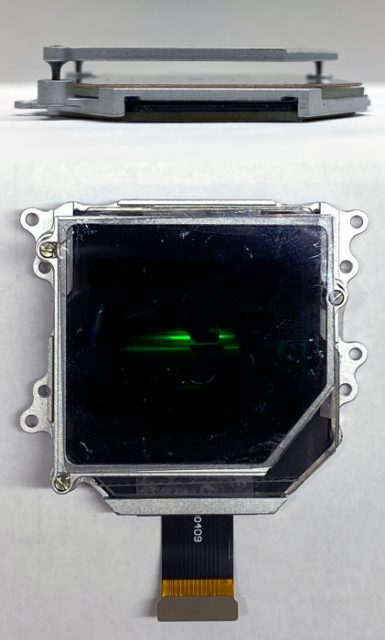 Another problem is the eyepiece optics (volume of space in which your eye can see the image). The researchers say that the demo model had the 8 mm eyepiece, but to create a “practical [stereoscopic] headset” will take at least 10-12 mm.”

In addition, the researchers note that although the technology is likely to support the resolution of the retina, you will still need a wide spread of displays with much higher resolution. This calibration Protocol must be developed to improve the “geometric homogeneity, uniformity, intensity, color uniformity and color equalization”.

And here it is to incorporate other components into such a small form factor. The researchers suggest the standalone headset in the style of the Quest with all the built-in hardware for a complete sense of virtual reality without a leash to your PC.

“Our prototypes were monoscopic and used external light sources and display drivers. Truly portable and practical display will integrate a pair of display modules, computing platform, battery, positional trackers and all external components in the glasses, similar to sunglasses”.

So it will take some time before this technology will get out of the lab, and it is only in the case if at that time will not find a better solution. However, this is a very interesting proof of concept, primarily due to the combination of form factor, resolution, field of view and colors.

If you are interested in this topic, read the complete research work entitled “Holographic optics for a thin and light virtual reality” .