SUBJECTIVITY. In war, who are we fighting against ? The other, the enemy… who most often remains an unknown. Is he so different from himself, from one conflict to another in the world ? Karim Ben Khelifa, war correspondent, wanted to confront these subjectivities, crossing new technologies and traditional tools of the photojournalist. He drew The Enemy, a UFO halfway between exhibition and photojournalistic narrative. Accessible from May 18 to June 4, 2017 at the Arab World Institute, the virtual reality experience can accommodate up to 20 simultaneous visitors per half hour. All in a space of 150 m2 where you can move freely thanks to the motion detectors that mark the room : a world technological first !

An immersive journey, each fighter facing his enemy

It is to meet 6 fighters representing three emblematic intergenerational conflicts that The Enemy invites us : the Israeli-Palestinian conflict, the conflict in the Democratic Republic of Congo, and the gang wars in El Salvador. Interviews and pictures for the project took about 4 years of work,” at the rate of one trip per year”, says Karim Ben Khelifa. The challenge : represent the soldiers interviewed on screen, where they acquire a more true-to-life dimension (they are even programmed to look you in the eye). The other physical visitors, on the other hand, are represented in the form of transparent silhouettes.

TECHNO MUSIC. For its hardware equipment, The Enemy relies on Occulus Rift headsets lined with VR One backpack. A motion-capture system (cameras positioned in the room) completes the whole. “The cost of this equipment is about 2,500 euros for a headset and a mobile central unit, believes Fabien Barati, co-founder of Emissive, who ensured the digital creation of the virtual contents of the installation. For the 20 kits, the total investment is therefore around 50.000 euros. 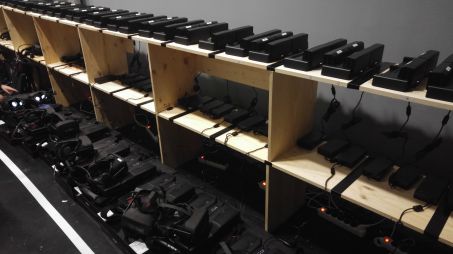 PHOTOGRAMMETRY. The credibility of the experiment owes much to the strength of the soldiers ‘ audio testimonies. But the visual sense is not left out : each of the interlocutors has been reconstructed in 3D. “Filming in 3D is possible, but not in a war zone, continues Fabien Barati. So we set up a mobile photo studio, in order to capture 200 to 300 photographs per interlocutor. What then reconstruct, in the studios of Emissive, the shapes and textures, thanks to the technique of photogrammetry. Video recordings from 4 angles also made it possible to correctly reproduce their physical attitudes.” 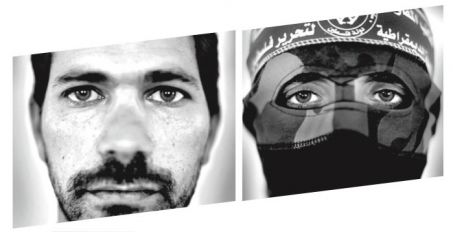 Portraits of Gilad and Abu Khaled, respectively an Israeli reservist soldier for the former, and a member of the Palestinian rebel forces in the Gaza Strip for the latter / © The Enemy

Algorithms to personalize the experience

It all starts with a questionnaire that asks each visitor about their perception and their individual involvement in each of the conflicts. This is where the personalization begins, the order of appearance of the protagonists depending on the answers provided. And that’s not all : his journey, his proximity to each character or the moments when he will look away will be carefully recorded in order to adjust the narrative (and especially its final stage) according to the level of perceived commitment. The implemented algorithms are based on the work of Professor D. Fox Harrell, founder of the ICE Lab at MIT and a specialist in the analysis of cognitive behavior.

COMMITMENT. Verdict ? Immersion works. “I had the opportunity to have the device tested to the 2 belligerents interviewed for the Israeli-Palestinian conflict, recalls Karim Ben Khelifa. After an initial reaction of denial, they told me, a few months later, that yes, in other circumstances, they could have been in each other’s shoes.”But for the final personalization to be relevant, it remains to make sure to support virtual reality: otherwise, if a display bug, a migraine or even a sudden ophthalmic pain forces you to temporarily look away, the program may then mistakenly understand… that you are suspicious of the person presented.

The Enemy is co-produced by Camera lucida, France Télévisions Nouvelles Ecritures, the National Film Board of Canada (NFB), Tpd. and Emissive. The project is supported by the National Film and Moving Image Centre (CNC), the National Audiovisual Institute, the Canada Media Fund, the TFI New Media Fund, the Ford Foundation, the Sundance Institute New Frontier Program, the Doris Duke Foundation for Islamic Arts’ Doris Duke New Frontier Fellowship, and the Open Society Foundations. The MIT Open Documentary Lab and the Arts Center for Art, Science and Technology at MIT. The Enemy also got support from Google’s Digital News Initiative.