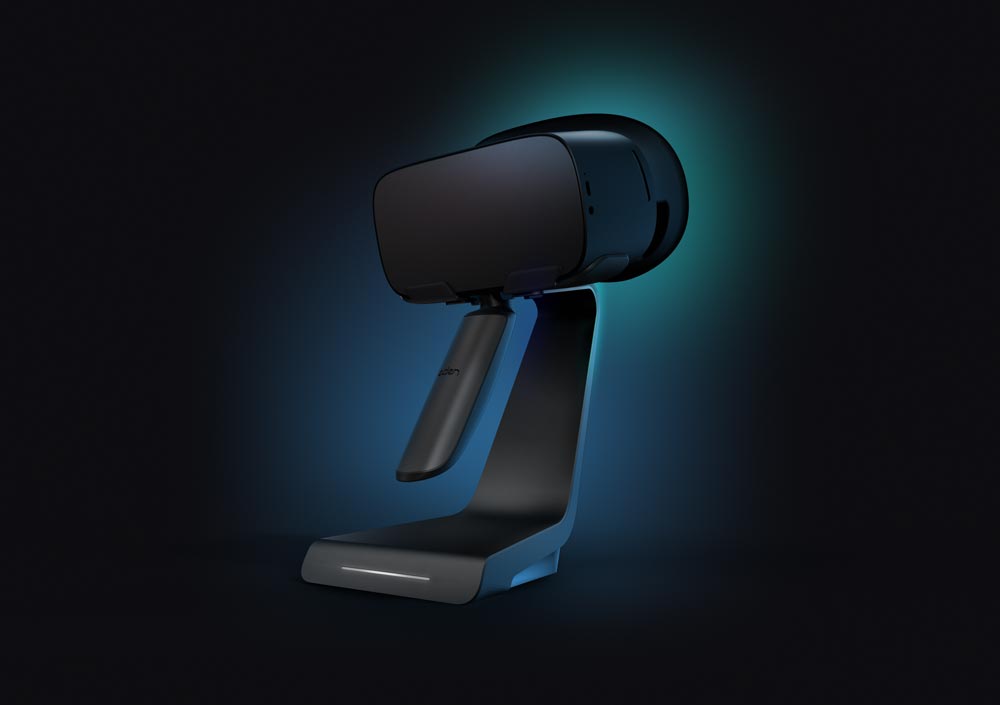 Snacker needs to solve one of the problems of virtual reality glasses, and what VR device breaks the hair and in the worst case, just unhygienic.

In addition, spent extra time, for example, if you only want to check the detail on the 3D model, and then to work again on the monitor.

Those who use VR glasses only in your home, care little about these interfering factors. But in companies or at trade shows and presentations, they can become an obstacle to the use of virtual reality in General.

Glasses Snacker designed to solve exactly this problem: instead of having to wear a VR headset on your head, its just holding the handle in front of the eyes. HP introduced a similar concept VR-snacks in February, but has not yet made her a finished product.

The content points Snacker VR can be run from a remote control tablet. The alternative version allows the user to choose content on their own. The application starts as soon as you move the glasses to the eyes.

The software connects to the server through a charge embedded in the inductive charging station through the WLAN, 4G or 5G. The software also provides analysis function that measures the user’s behavior. 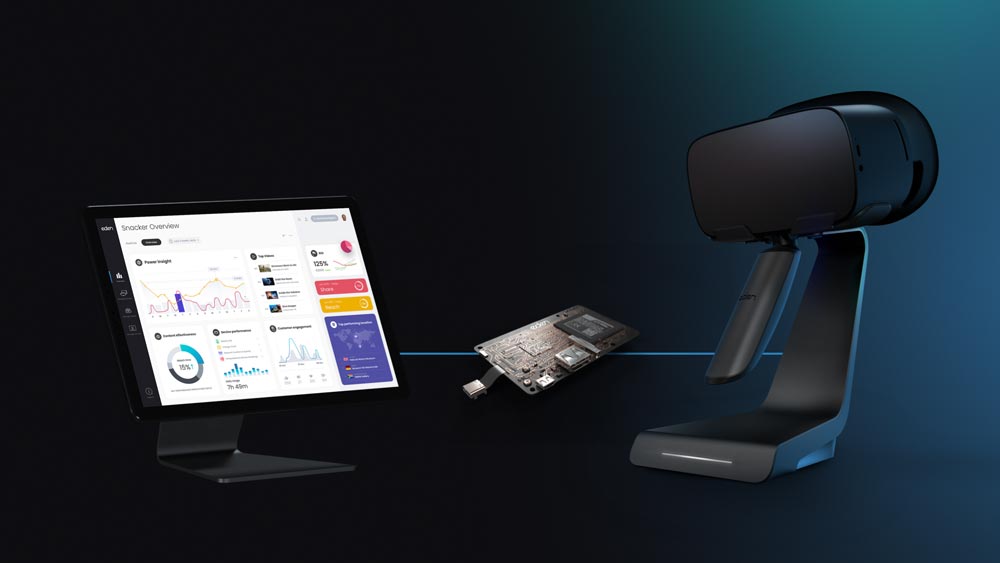 Self-contained VR glasses with the features of the Oculus Quest

The headset is based on technology Chinese electronics giant Skyworth. Two LCD screens have a resolution of 1920 by 2160 pixels and a refresh rate of 72 Hz. The field of view of 105 degrees.

Glasses include CPU Samsung Exynos 8895 with a clock frequency of 2.5 GHz and 4 GB of RAM, which roughly corresponds to the performance of the Oculus Quest. The battery has a capacity of 3500 mAh. Embedded 60 GB of memory, SD card up to 256 GB. 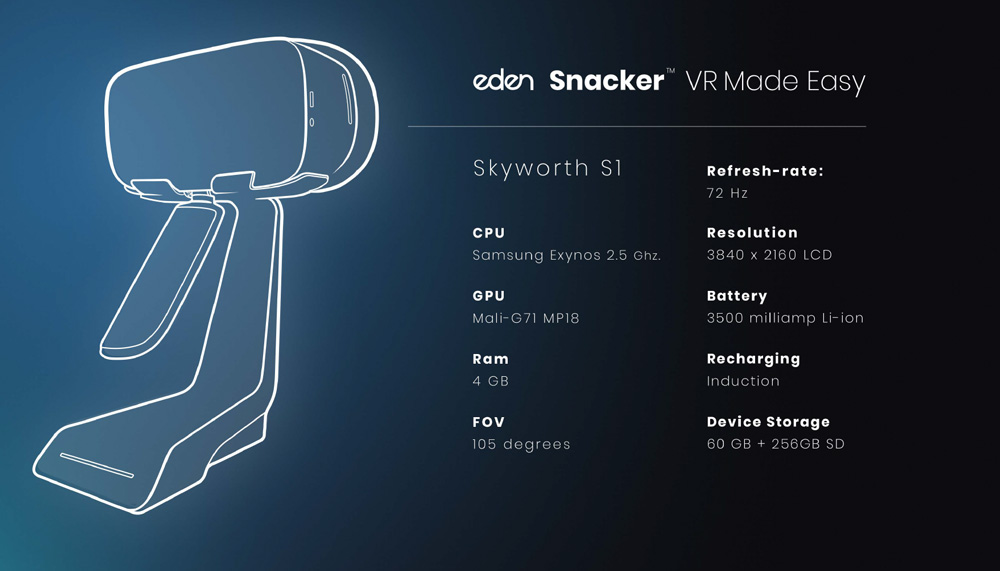 The cost of Eden Snacker is not yet known. Registration for early access is available on the official website.