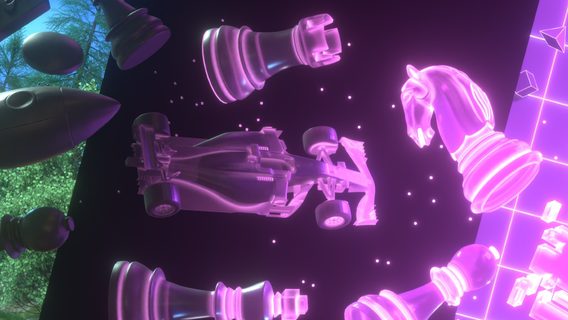 In AI-unit Alphabet has developed a new algorithm that is able to win the game, the rules which he explained in advance, according to Engadget. This achievement will allow the systems based on artificial intelligence to adapt to unfamiliar situations in the real world, for which there is no specially prepared algorithms.

In 2016 the program AlphaGo, DeepMind trained on records playing matches between people who were able to beat the world’s best professionals on the go. A new version of the algorithm, AlphaGo Zero, trained without human intervention, playing with herself. It was followed by AlphaZero — a single algorithm that is able to play chess, Shogi and go. All three versions knew in advance the rules of the game, which worked.

The latest development DeepMind called MuZero in the rules are not needed: algorithm capable of knowing them in the learning process, to plan moves and win. In addition, he was a force Atari game. After training MuZero shows equal or even higher results compared to predecessors.

The goal of researchers is to create a single algorithm that will allow the AI to expect further actions, not knowing the rules and conditions in certain circumstances. It is quite difficult to implement for puzzles like chess or go, where the particular sequence of steps leads to victory or defeat. In situations of uncertainty, much more so for the treatment of behaviors intelligent systems require a more powerful algorithm.

The more time algorithm was given for reflection, the more effectively it was decision. But even with the limitations, researchers have set a limit on the number of simulations that the algorithm was allowed to “run” before you make a move MuZero has achieved good results.

With regard to the application use MuZero, in DeepMind believe that they can be used to solve complex tasks, e.g. in robotics.