Cows in Russia are to be tricked with VR glasses 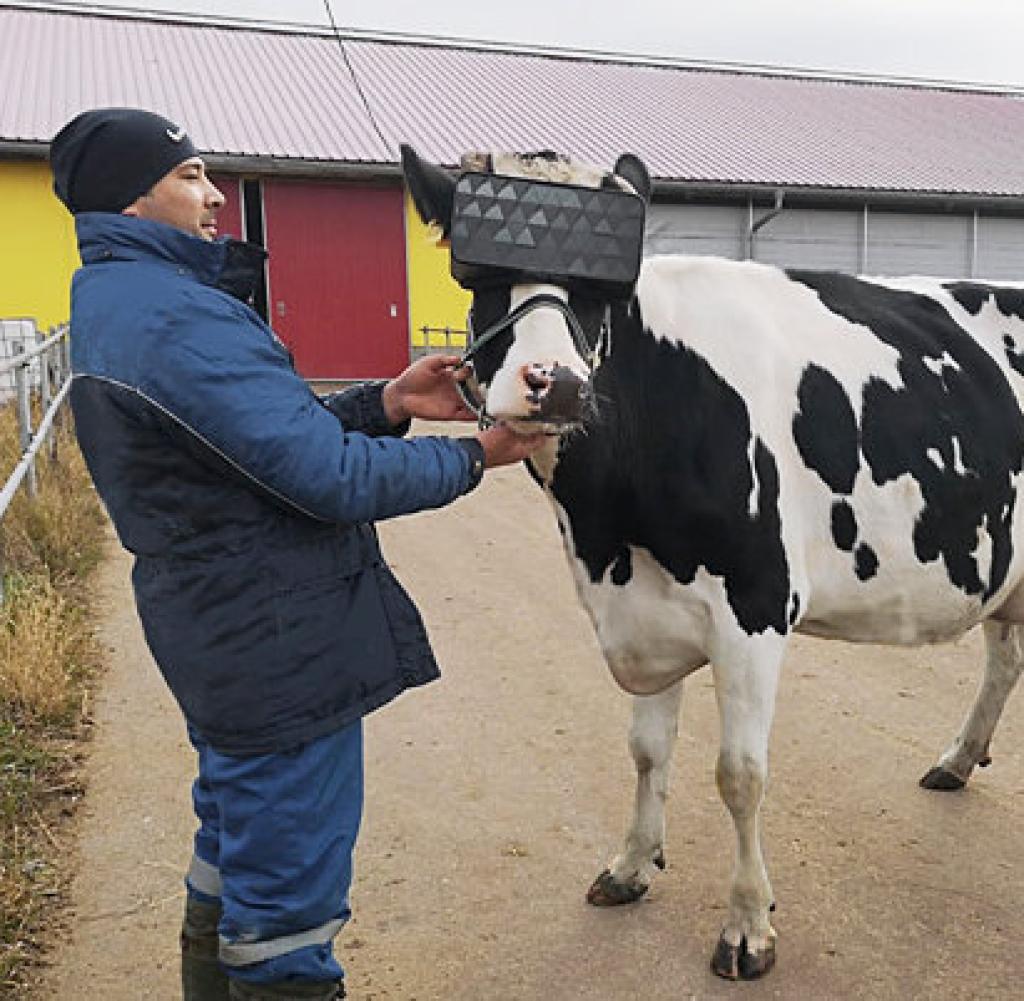 Researchers in Russia have started an experiment for better milk production: in the future, cows will be given the impression that they are standing on a green, lush meadow using virtual reality glasses (VR). In the cold Russian winter, the animals could relax better thanks to the simulated grazing areas.

Thus, milk production could be boosted, the Ministry of Agriculture of the Moscow Region said. In this way, “unprecedented results should be achieved,” it said. A prototype of the glasses is already being tested at a farm near the Russian capital.

With VR glasses you can immerse yourself in virtual realities. They are used both for computer games and in other industries. For example, police officers or firefighters use this technology to practice operations in emergencies and terrorist attacks.

The glasses were specially adapted to the shape of the head of the cows, it was said from Moscow. The animals should be shown shades of red, green and blue. Initial tests have already shown success. The cows felt less fear, and the herd was more peaceful overall.

A large-scale study is to investigate this further. According to the ministry, some Russian farms are already relying on classical music to stimulate milk production in cows.

Russia has been investing more heavily in the domestic dairy industry for several years, because since the sanctions on various EU foods, the supply of dairy products has collapsed. The country should be able to compete on the international market through new innovative methods, the ministry said in the message.