A new era of Mac: more powerful, more Autonomous... no chance to upgrade 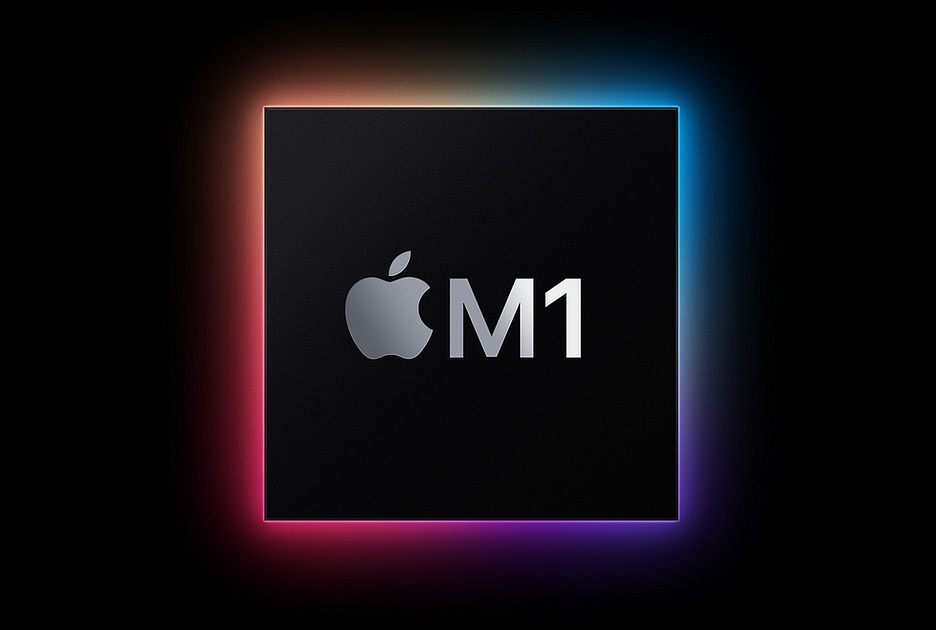 Computers OS, and even with their own hardware – not this unattainable dream for many manufacturers, including Apple, ever since the failure from PowerPC in 2005? It seems that now for the “Yabloko” the stars were formed. Let us think that the company showed 10 November and why it’s really important.

Recent presentation, without exaggeration, marks a new era in the development of the Mac: the rejection of the Intel chipsets in favor of their own solutions based on the ARM architecture even more distancing these computers from the counterparts on Windows. And we are not talking about a purely marketing motives, when the manufacturer makes life difficult for the users of the proprietary connectors or non-standard interfaces. In this case, the transition to the new processors is entirely justified from the point of view of performance and energy efficiency. At least if you believe said at the presentation.

The chips on the ARM architecture has long been considered the prerogative of mobile devices. Their key advantage is efficiency, which is critical when it comes to smartphones and tablets, but the performance of such processors did not reach the indicators of notebook and desktop systems.

But progress does not stand still – today capabilities of the architecture allow you to create a full-fledged processors for laptops and PCs. And with the preservation of key pieces – of the same efficiency. We took advantage of this to Apple, who chose this architecture for its first in many years, CPU for Apple computers M1. About the seriousness of vendor is the fact that he already has experience of using a processor of its own design in iPhone and iPad. It is the turn of computers. 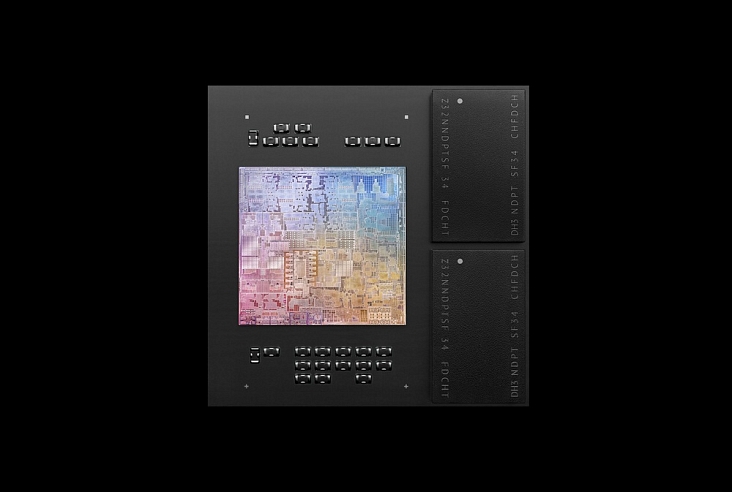 For Apple brand M1 is the series of chips, which differ in performance and are used in different MacBook models, Mac mini, and eventually other computers in the company. Directly production deals with contractor – TSMC, as the chip is made on the basis of the 5-nm technology. This and the emphasis is the transition to the new process technology means reduced energy consumption. While Apple has refrained from statements about the absolute benefits in terms of performance. Instead, it sounded evasive phrase “maximum performance per watt”. We can assume that the new processors are still inferior to top-end counterparts from Intel and AMD in terms of performance in its purest form, without any regard to energy efficiency. However, time and tests will tell.

Another important point is that Apple M1 is a single chip that contains memory, graphics subsystem and other modules. This finally kills any hope for a custom upgrade. Add RAM over time is simply impossible – just buy a new computer. On the other hand, the integration of key components in a single chip, in theory, increases system performance compared to using separate modules that are connected to the motherboard, as it was before.

The first presented novelty was the MacBook Air on the Apple chips M1. Externally it’s the same classic Air with 13-inch screen, but inside everything is much more interesting. In Apple’s promise that the laptop is 3.5 times better performance of computing tasks and 5 times in the graphics. If we put these numbers on the most demanding practical problems, now the MacBook Air will be comfortable to cope with the installation of 4K video to ProRes. (From personal experience I would say that on previous versions of the MacBook Air it was a big hassle.) Another major change is the transition to the completely passive cooling, physical cooler housing innovations will not do.

But the MacBook Pro 13 obviously made to regret those who have already managed to spend money on 16 or MacBook Pro 13-inch “Proshka” 2020 the top-end configuration Intel (incidentally, the author among them). According to the manufacturer, the new model is superior in the tests not only of its 13-inch predecessor, but the 16-inch model with discrete graphics. Most obviously the performance increase should be shown when editing and rendering the video in FinalCut or Davinci resolve, where you are in the support of projects in 8K ProRes.

Both laptops have received a noticeable increase in Autonomous operation, no wonder that the cornerstone of the mobile ARM architecture is considered to be energy saving. The MacBook Air promises 15 hours of work in a web browser, and up to 18 hours of video playback (6 hours more than its predecessor). For MacBook Pro claimed the figures were 17 and 20 hours respectively, which is impressive, even if in reality it will be a little lower. 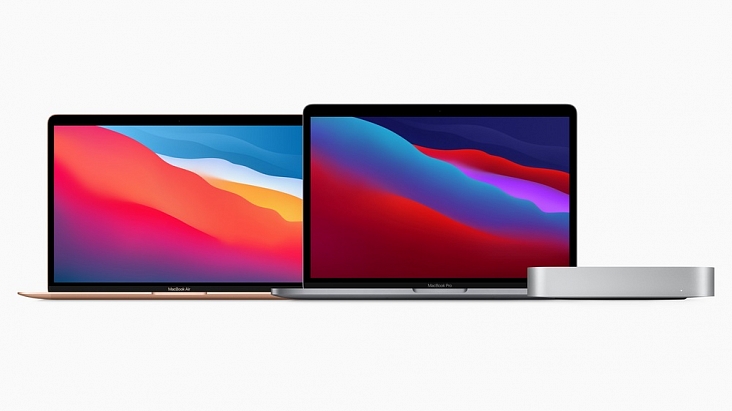 Surprise was the updated Mac mini, which also will run on the Apple processor M1. This confirms that the new architecture will be used not only in mobile solutions, but also in desktop systems. Stated that the Mac mini is three times faster than its predecessor with a 4-core Intel processor, released in 2018. Connect to a 6K monitors.

As for prices, they are almost not changed, and in some positions even decreased. For example, the initial version of Mac mini was better at $100. Russian prices announced at the level of 100 thousand rubles for MacBook Air (M1), from 130 thousand for MacBook Pro (M1) and 75 thousand for the Mac mini.

Despite the fact that sales of the MacBook on Apple’s M1 started fairly quickly, the final conclusions to do early. For two years (until 2022), the company plans to convert the entire current lineup of products on their own processors, and then it will be interesting to see how will reveal itself a new architecture in different segments, including the top-end Mac Pro. Quite possibly the most interesting and promising development yet save that in reserve. But those that presented today, look very interesting in the context of application tasks and the ratio “productivity/autonomy”. There many laptops on Windows with dimensions of MacBook Air and comparable cost and provide a comfortable editing and rendering 4K video? And when you consider that prices for the most part remained the same and in some places even decreased slightly, the transition to the new processors could give Apple a serious push to increase market share in the computer segment.