A dive with the turtles of the Philippines ... and Albert II of Monaco

EXPERIENCE. “ImmerSEAve 360°” is the name of the new experience proposed this summer by the Oceanographic Museum of Monaco. In the Museum’s large conference room, about twenty people with virtual reality headsets are immersed in the Sulu Sea, in the Philippines, to meet the turtles, whale sharks and other inhabitants of the Tubbatah reef, in the Philippines. An intense experience, which allows to share with a large number of people the tradition of explorations of the Oceanographic Institute of Monaco.

It was Albert I, the ancestor of the current prince, who began these scientific expeditions as early as 1870, when the ruler was only 22 years old. He created the oceanographic institute, the keys of which were then entrusted to Commander Cousteau. The latter took over the torch of expeditions, to which he gave a global dimension thanks to cinema and television. Albert II, whose ecological sensitivity is known, a few years ago asked the current director Robert Calcagno, to revive the explorations of the Oceanographic Institute. After studying sharks in the Micronesian archipelago of Palau two years ago, the institute’s researchers and the explorer Prince set sail last April for the Tubbatah Reef Natural Park in the Philippines. “This marine protected area is rich in green and hawksbill sea turtles,” explains Robert Calcagno. Two of them received an Argos beacon, to understand their way of life. This is the first time such an experiment has been conducted in this part of the world.”These beacons have already made it possible to observe each turtle’s attachment to a specific atoll, even though they are able to move 30 to 40 nautical miles away from their base camp on a daily basis.

This expedition was accompanied by a film crew responsible for taking 360°shots. This work is now returned to the visitors of the oceanographic museum using a virtual reality headset, “adapted to the experience in a volume emphasizes Robert Calcagno. It is as if we were scuba diving and it allows us to share with our visitors what we have seen and done in the Philippines, to bring them with us underwater to make them aware of the issues of underwater turtles.”The Monaco Museum is thus one of the first in the world to seize virtual reality to put it at the service of scientific discovery. 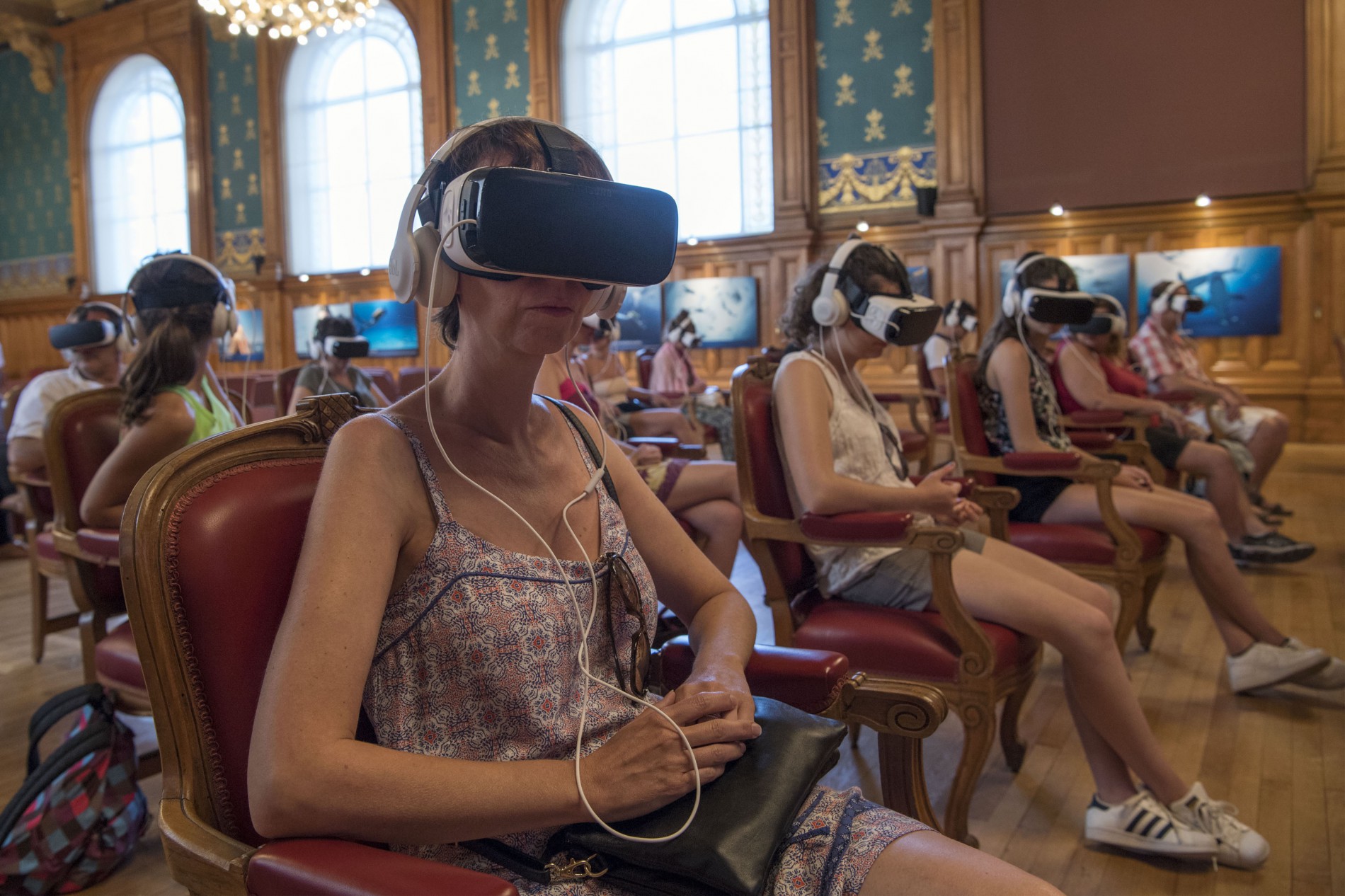