How does crypto gaming work?

In today’s world, cryptocurrency games are considered a fairly new concept. Games of this format use blockchain technology, which allows for the construction of an in-game economy. This indicates that this type of game will not be controlled by a centralized authority, instead it is the responsibility of the players themselves to maintain the economy of the gameplay.

It is important for game developers to make sure that they create a sustainable economy, which in turn is quite difficult because they have no control over it. Players need to be given an incentive to play and continue gameplay, otherwise there will be no circulation of currency in the game and the game will not be able to develop.

Cryptocurrencies today present a new and exciting way to earn digital currency by playing games. In order to start a game, you need to purchase special game tokens. These tokens can usually be purchased through the use of an exchange or credit cards.

Some of the most popular crypto games at the moment are Crypto All Stars, Etherbots, CryptoKitties. These new crypto games give players the opportunity to have fun while making money. This is why cryptocurrency-based games are quite exciting, but still a relatively new topic. Many interesting games that have cryptocurrency in their gameplay have emerged not too long ago. Today, cryptocurrency gaming is considered to be a rather voluminous market that has significant competition over revenues from traditional mobile games. Therefore, some of the most successful cryptocurrency games are considered to be those that focus on gaming. There are also a number of blockchain games that have a separate popularity, especially when it comes to Ethereum users.

Cryptocurrency games and traditional games – what makes them different?

Many people may not be aware that there are many cryptocurrency-themed games at this point in time. As the market is projected to be over $30 billion, this signals the emergence of a whole new world of gaming. Some of the most popular cryptocurrency games include cryptocurrency games, crypto games, blockchain games, etc. Cryptocurrency games work slightly differently from traditional mobile games. In a traditional mobile game, the player directly controls a character, using the touch screen of the device. The player then proceeds to use different characters in order to achieve their goals, this may be to pass certain levels, to achieve some specific goals, etc. Which is completely incomparable to how the gameplay is done in cryptocurrency games. So, the player will only control his “own wallet” with a variety of methods, which are controlled by private keys or passwords.

A cryptocurrency game can far exceed the traditional gaming industry in popularity, as there is an opportunity to get a completely new alternative model of income generation. Blockchain-based games can be played without having to deposit money to get started, which is sometimes impossible in traditional mobile games. This can be called a kind of financial incentive for today’s players, as they tend to invest in the gaming community while remaining quite involved in the gaming process. Blockchain provides an opportunity for players to play in a more decentralized way, which shows transparency and open code compared to what traditional game companies offer.

With decentralization, users can play games without using a company or a central server. Thanks to open source, anyone can have access to modify and improve a game that is built on blockchain. The transparency of the gameplay is that gamers have full access to information in terms of how their money is spent. Gamers can also be rewarded for their efforts and time spent in the game. Accordingly, the more players participate in the gameplay, the greater the rewards will be. Digital currencies have a significant impact on today’s games, as the last few years of existence have seen a significant increase in market size compared to previous years.

Cryptogames as the future of online entertainment 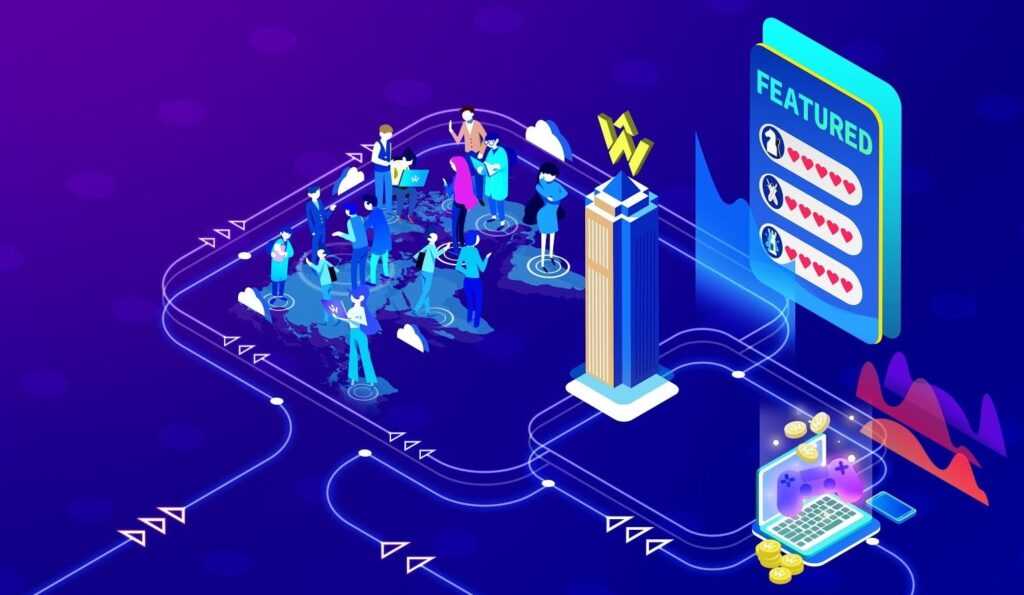 In the future, crypto gaming can rightfully be considered the main online entertainment. Thanks to blockchain technology, gamers can now own and sell their game items on the Ethereum blockchain. This allows them to use these game assets as currency to buy and sell items between other players.

All of this is just a small glimpse into how cryptocurrencies can change the world of online gaming. Unique cryptocurrency games are a great way and an incredible experience to experience this exciting industry.

ServReality offers crypto gaming development on the best terms for clients. Professional developers will be able to take into account every detail in game development, allowing you to get an incredible result.

What is outsourcing mobile app development?

What is software development outsourcing?

How does outsourcing help developing countries?