Why is virtual reality important for climate protection?

You could call it the anti-Coachella. Because the sonar festival in Barcelona is less about hanging out with a hip crowd of influencers or presenting yourself as advantageously as possible on Instagram, when at the same time the actual actors on stage become a minor matter and backdrop. At Sonar, which takes place in Barcelona from 17-20 July, guests will travel to experience innovative virtual reality projects on the “Sonar +D”site, in addition to the multi-day music program, or to attend panel discussions with creative people from the digital industry such as agency owners, game developers and video artists.

The kick-off this year is the talk with “Massive Attack”founder Robert Del Naja, who is also said to be behind street art legend Banksy. You can also experience an interactive version of the famous pavilion by Mies van der Rohe, as well as a lecture by the art collective Teamlab, which opened one of the most discussed digital museums in Tokyo.

Before the festival takes place in Barcelona with its 27 talks, 14 workshops and other interactive program items and presentations of performance art, the Spanish curator Jose Luis De Vicente travels in the weeks before through various European cities such as Milan, Berlin or Madrid for selected pre-events. At his station in London, together with Mélia Hotels, he invited guests to a futuristic design landmark for a future-oriented discussion round. The ” Me ” hotel, designed by star architect Norman Forster, whose architecture consists entirely of triangles and clean lines.

In an interview with ICONIST, De Vicente talks about the future of festivals, why virtual reality is important for climate protection and why society’s interest in podcasts and talk shows continues to grow.

ICONIST: One of the questions talked about in Sonar +D is what follows the Internet. Do you really think there will be a post-internet world?

Jose Luis De Vicente: We can’t undo things that happened. Or that have prevailed in our society like the Internet. But it starts on a small scale, take, for example, the debate on data storage. It is not the first time that something has happened in history that displeases people and that requires a reaction from the population. Just as car manufacturers would not have built electric vehicles without the pressure to demand quieter cars or cars with fewer emissions. So you have to defend yourself today against the negative sides of digitization. One result of this is, for example, Facebook, which advertises its privacy today, whereas ten years earlier it was said that the privacy of the individual would no longer have any value.

ICONIST: But sonar is also about virtual reality, artificial intelligence and building a bridge to the real world. You used to stand up for personal rights with your “Copyfight” initiative. What are you fighting for today, and how does digitalization help?

Jose Luis De Vicente: We need to rethink a lot. It starts with how much control we give over our lives and ends with the economic model of social media, which is in crisis and no longer works. But the issue that really stands in the foreground and that shapes our generation is environmental protection. We must understand that we cannot continue to live as we have done so far. Extinction of species, global warming, the destruction of nature. Virtual Reality is ideal to imagine and experience new life forms. This allows people to realize what is happening to the world and why they need to rethink.

ICONIST: Why does it make sense to combine these topics and the discussions with a music festival?

Jose Luis De Vicente: Curating a festival of this kind is a bit like having a garden. You invite friends and have to wait and see what comes of it. The output can only be controlled to a certain extent. The good thing about the sonar festival is the variety. Because after two hours, people’s attention usually subsides, they will only look at their phone. That’s why we have a mixture of workshops, lectures and multimedia art that you can visit alternately. And in the evening you can then completely get involved in the music program of sonar. 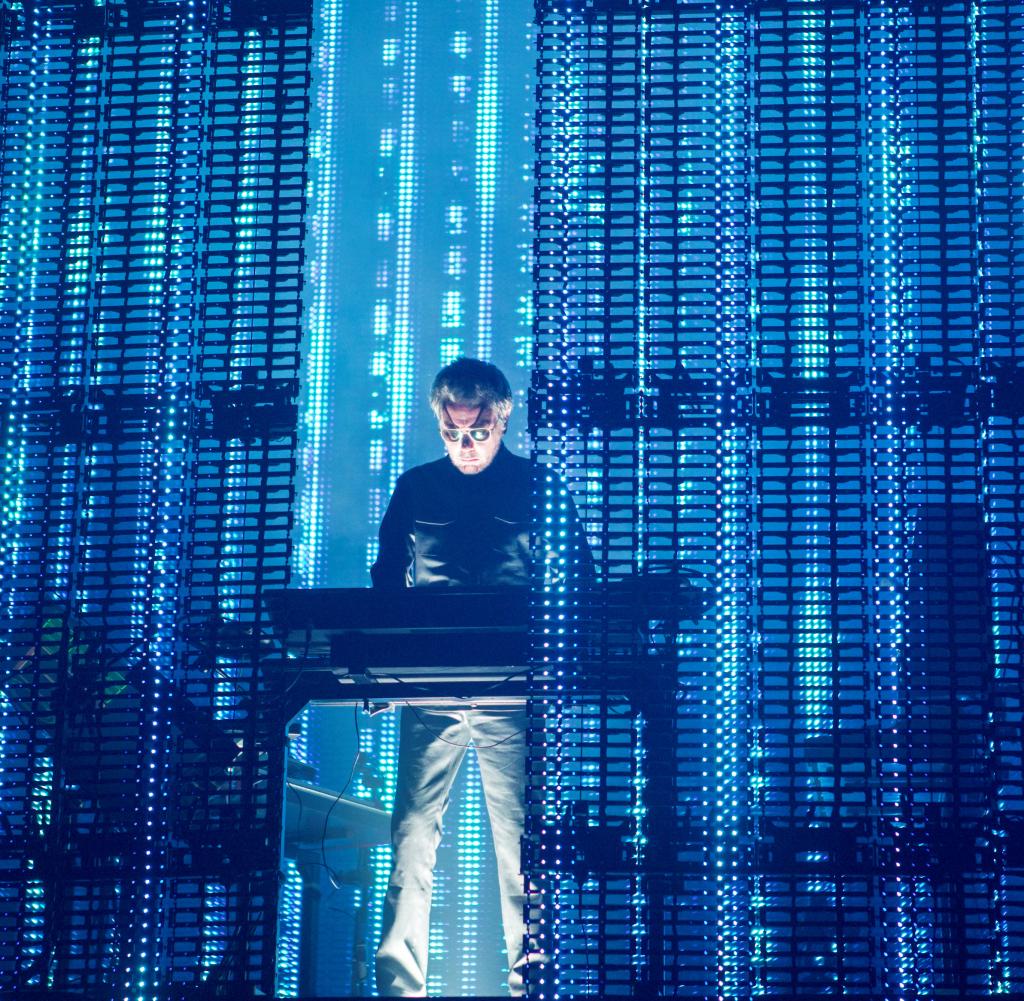 ICONIST: Should other European festivals follow suit and change their programme accordingly?

Jose Luis De Vicente: Not necessarily, it must fit the festival. But Berlin has the potential that its clubs could become more than just places to dance. We always say that with the Sonar festival we attract music fans and ravers with a doctor in philosophy. It’s about more than the hedonistic experience you usually have at a typical party or club.

ICONIST: Talks are an important part of the festival. Why do you generally think that podcasts and talk shows are becoming increasingly popular right now?

Jose Luis De Vicente: A good conversation of two people is something that people basically enjoy. In addition, today we are again looking for depth and more meaning. After a period of getting used to the fact that information is transmitted in a tweet that can only hold 140 characters. A podcast or panel discussion are natural conversations. These are two or more people who go a normal way of communication. Something that was not previously processed, cut or pressed into a predetermined shape. That appeals to people these days.

ICONIST: In their lectures, they also advise that artists today should also become entrepreneurs. Why is this important?

Jose Luis De Vicente: Not only the parameters of a festival are becoming increasingly blurred, but also the boundaries between professions. A researcher can become an artist, an artist an entrepreneur. But I do not want to tell heroic stories here, so that every artist creates a start-up. But one of the factors for this development was the financial crisis, which brought with it a big problem – especially for the US promotion of artists. At that time, many artists rethought and today are pursuing new models with which they can earn money in addition to their art. These can be consultant jobs for large companies or collaborations with filmmakers, brands or musicians.

ICONIST: Do you have to be more creative on Instagram as an artist or?

Jose Luis De Vicente: Not necessarily. But if you decide to do this, you have to make sure that everything you post has a consistent quality. After all, behind every art there is a real person, which many people forget. From every interview you give to the posts you publish. Everything is seen and evaluated, so you should not make naive or frivolous decisions when presenting yourself to the outside world. 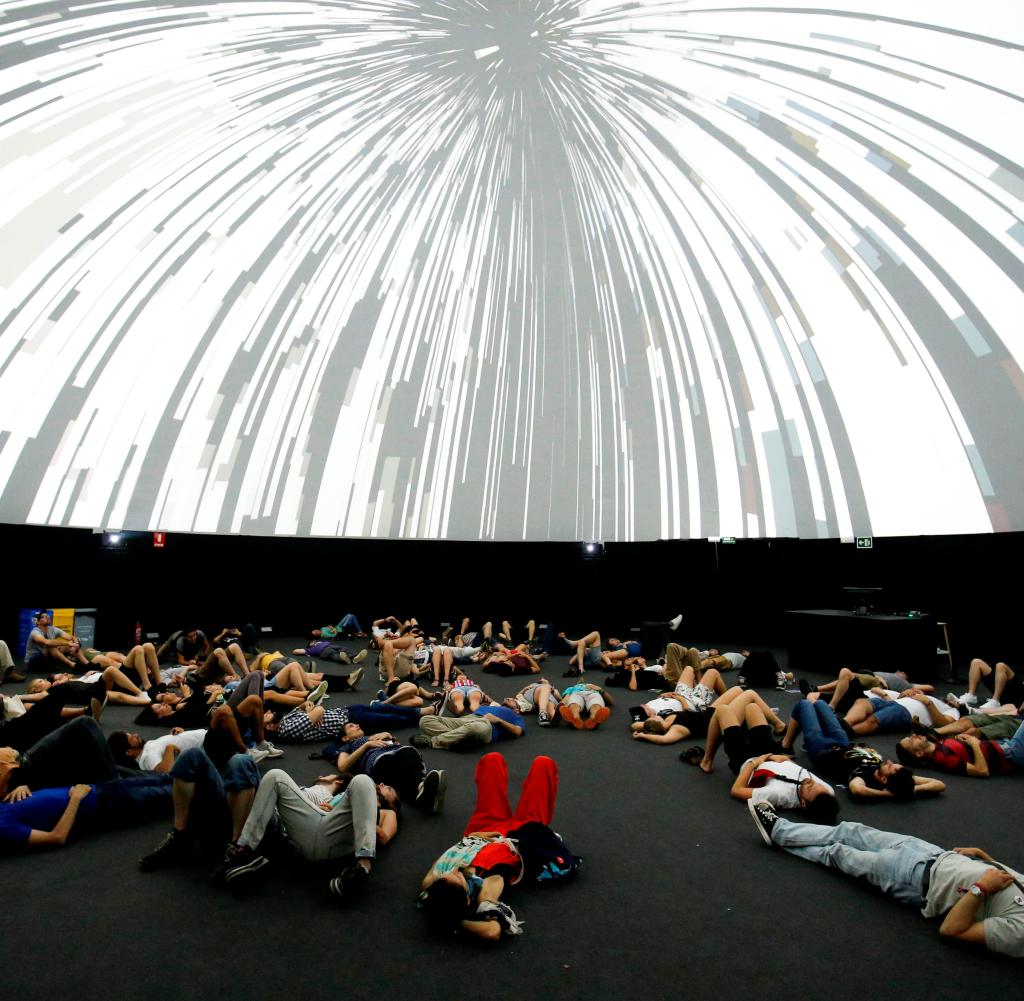 ICONIST: Speaking of presenting yourself. Do you have a tip for people who want to present themselves better on stage or how it is easier for you to speak in front of many people?

Jose Luis De Vicente: You have to like to perform. This is the beginning of everything. You can’t present yourself without turning it into a performance. If you accept this fact, it will be easier for you. And find your way so that you feel comfortable on stage, and talk about what really interests you. I myself am an introverted person and shy off stage. But if you keep in mind that the people in the room, even if it’s 2000, are there because of you and want to hear what you say of your own free will, then you should not be afraid.

If you want to be part of the next event of the Sonar +D talk series on 29 May 2019 in Berlin, you can find more information here.