Star Wars: Squadrons — release date, support for VR, details of the gameplay and much more

Star Wars: Squadrons — release date, support for VR, details of the gameplay and much more 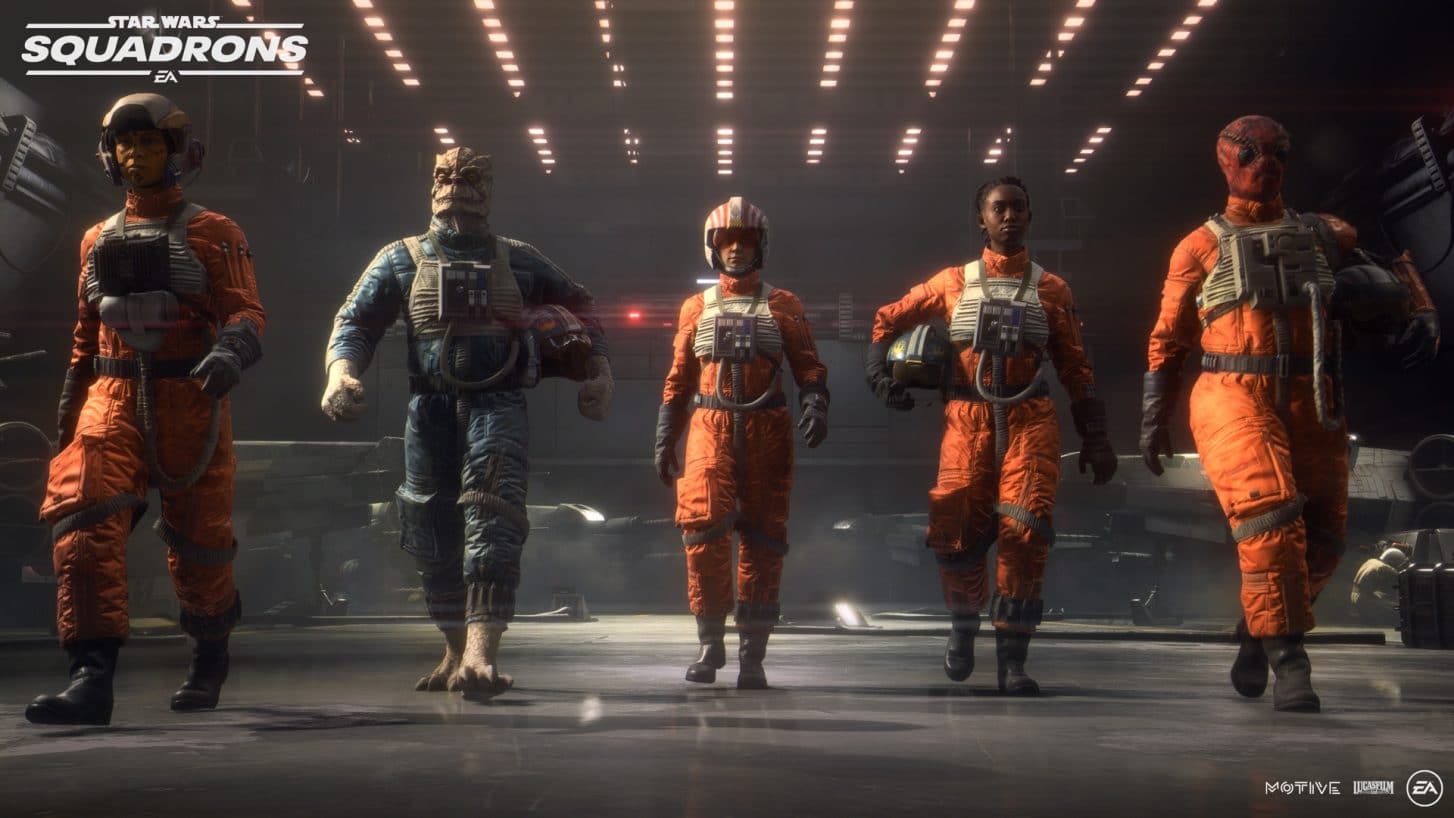 “Star Wars: Squadrons” are transformed into the perfect space combat fantasy for fans of “Star wars”, and we have all the details available at the moment: everything from release date, details, gameplay, game modes, controller support and more included in this guide. 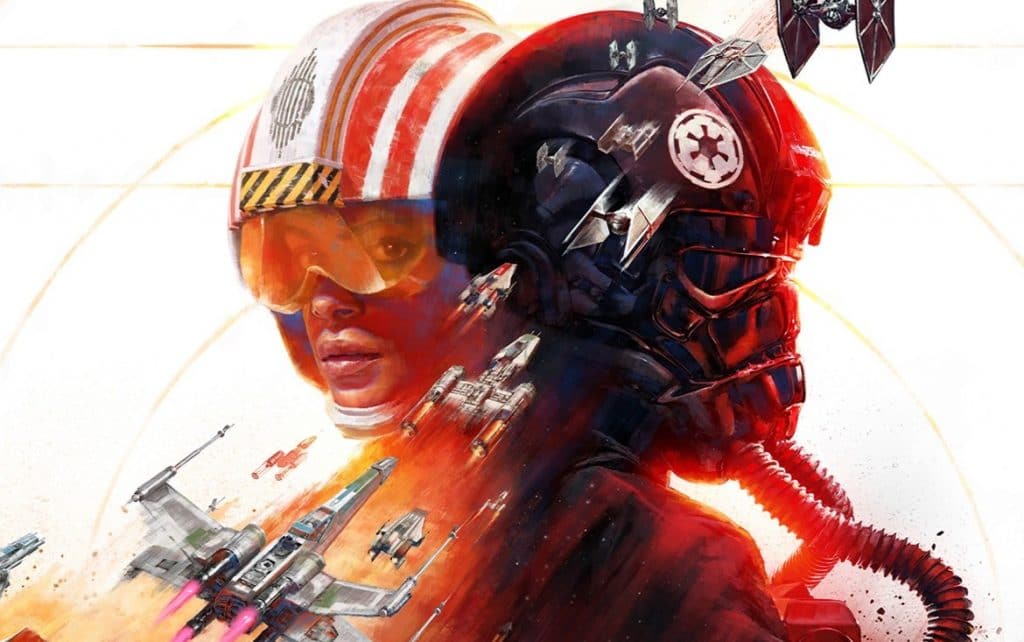 What is “Star Wars: Squadrons”?

Star Wars: Squadrons — this is an intense game of space combat in the first person, set in the universe of Star Wars, which has a single player campaign and several multiplayer game modes. It’s fully playable in VR. The vast majority of games, except for the cut scenes, takes place entirely in the cockpit of various iconic ships of Star wars.

The game will be released on 2 October 2020 year for PC, Xbox One and PS4. On PC it will support all major headsets like the Oculus Rift, HTC Vive and Valve Index, and support PSVR on PS4. 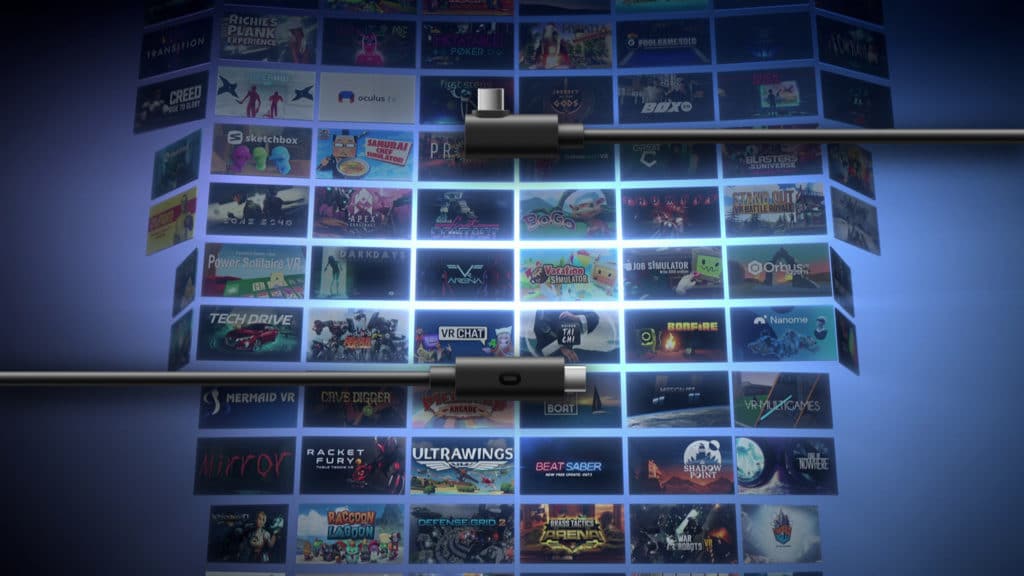 Will “Star Wars: Squadrons” to work on the Oculus Quest?

No, at the time of publication nothing was said about it. However, if you have an existing copy of the game VR for PC and wired connection to PC with support for VR, everything should work fully. Facebook declined to comment on the issue, but each game SteamVR, which runs on a compatible PC and a wired connection Link with the Oculus Quest, worked.

Oculus Quest is a VR-system based on Android with a chip that is extremely limited in what it can show by the standards of PC VR, and even PSVR. Therefore, although it is unknown whether ever Star Wars: Squadrons Quest to work in a fully Autonomous, it is hoped that it will work through the Oculus LInk with USB connection and maybe with the help of a Virtual Desktop that can create a certain delay.

How to pre-order Star Wars: Squadron?

“Star Wars: Squadrons” will cost $ 40 on all platforms, and is currently not yet available in digital or collector’s editions.

There are a few bonuses for pre-ordering Star Wars: Squadrons, already dependent on your platform. For PC you can pre-order the game on Origin through Steam , Epic Games Store, or Amazon, but it is known only that VR will be supported in version Steam. Unaware of the support VR for Origin or Epic versions of the game.

For consoles, you can pre-order from the Microsoft store for Xbox One , Best Buy or Amazon, and soon in the PS Store for PS4 or right now on Amazon or Best Buy . 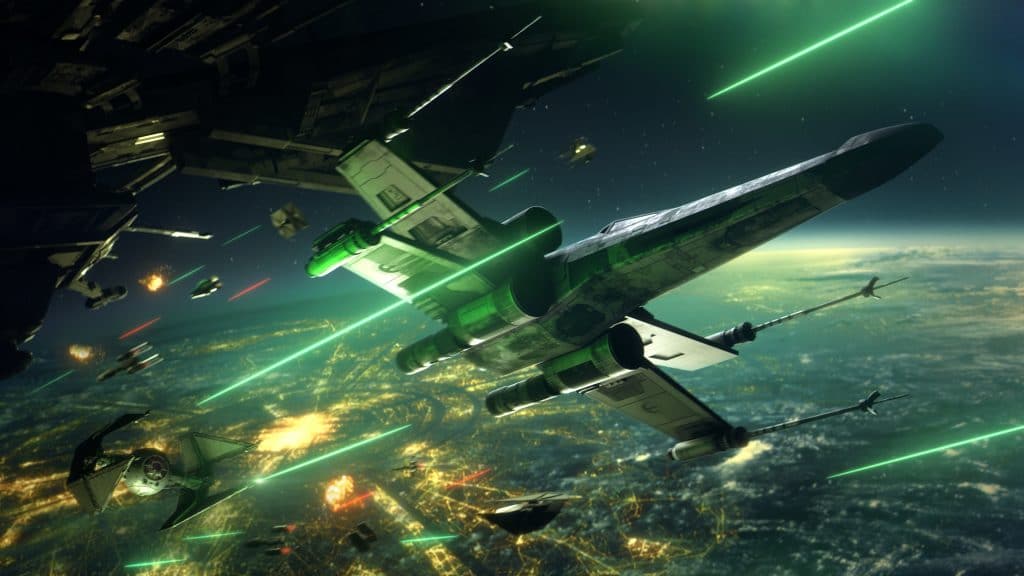 What are the system requirements for PC VR?

Is there full support for VR?

Yes, Star Wars: Squadrons will have full VR support for the game. The entire campaign, the entire multiplayer and all the rest is in virtual reality headsets for PC and PS4 for PSVR. Even outside the virtual reality the game is only available from the first person in the cockpit. 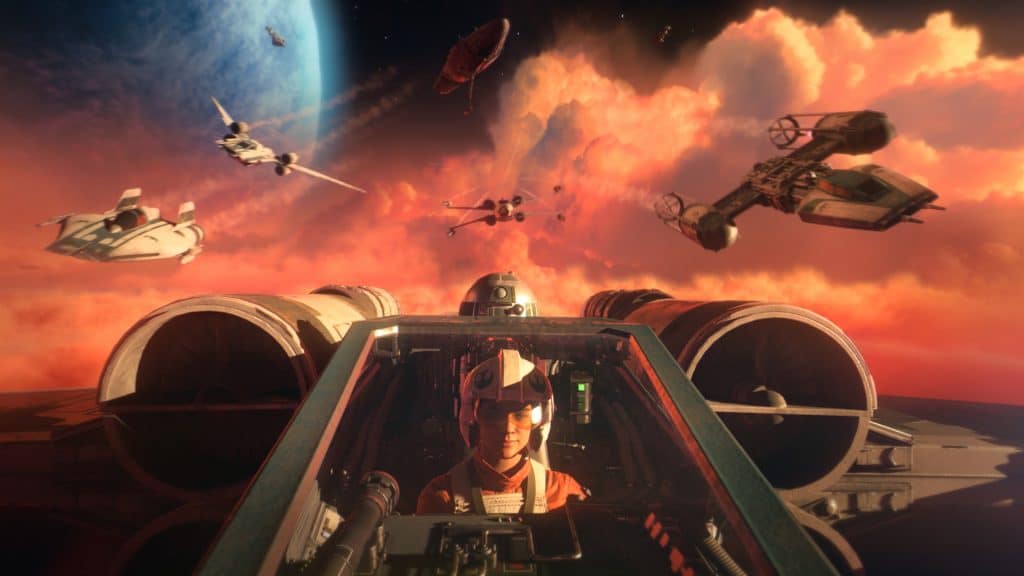 Is it possible to cross-play?

Yes, “Star Wars: Squadrons” there is full cross-play through VR, non-VR, and all platforms. You can play multiplayer with friends on any supported platform, regardless of whether they are in virtual reality or not.

What are the benefits from playing in VR?

Based on the videos, interviews and past experience of many users with games in the cockpit of a virtual reality, of course, it is likely that the skilled VR players will have an advantage over non-VR players.

For example, looking in the cockpit, the ability to bend over and look in the opposite direction to the ship to track targets and to be more aware about the environment, can be crucial. Some ships will be more booths open than others, such as X-Wing vs TIE Fighter, which ensures greater visibility by design. 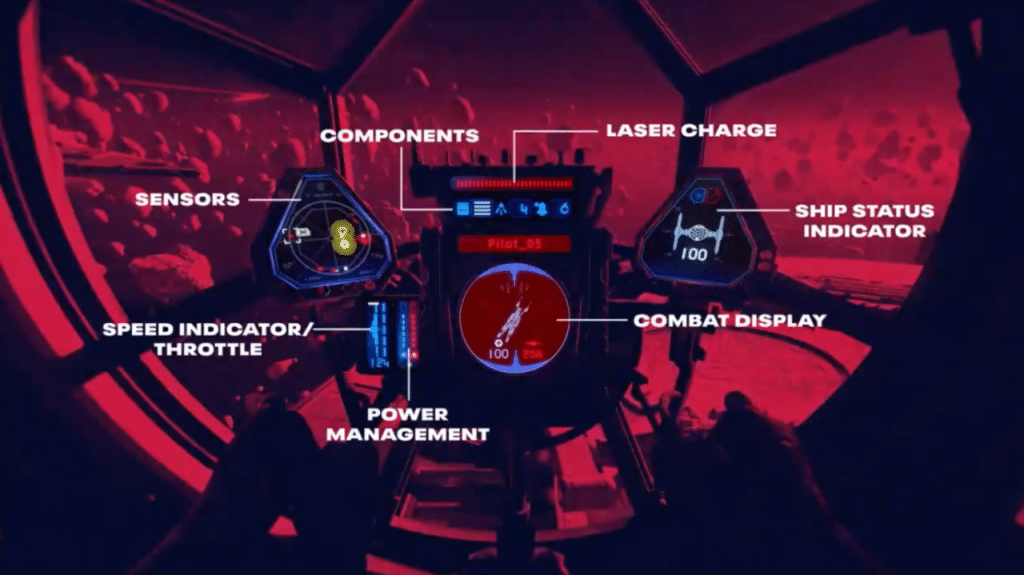 Can you disable the game HUD and only use your cabin?

Yes, according to Ian Fraser in an interview with GameSpot, you can only use the tools and information in the physical cockpit. All the same information is naturally integrated and displayed accurately in real time.

What about motion controllers?

It is understood that there will be no support for the motion controller. At the moment the options are: gamepad, keyboard / mouse or HOTAS for PC and for PSVR. 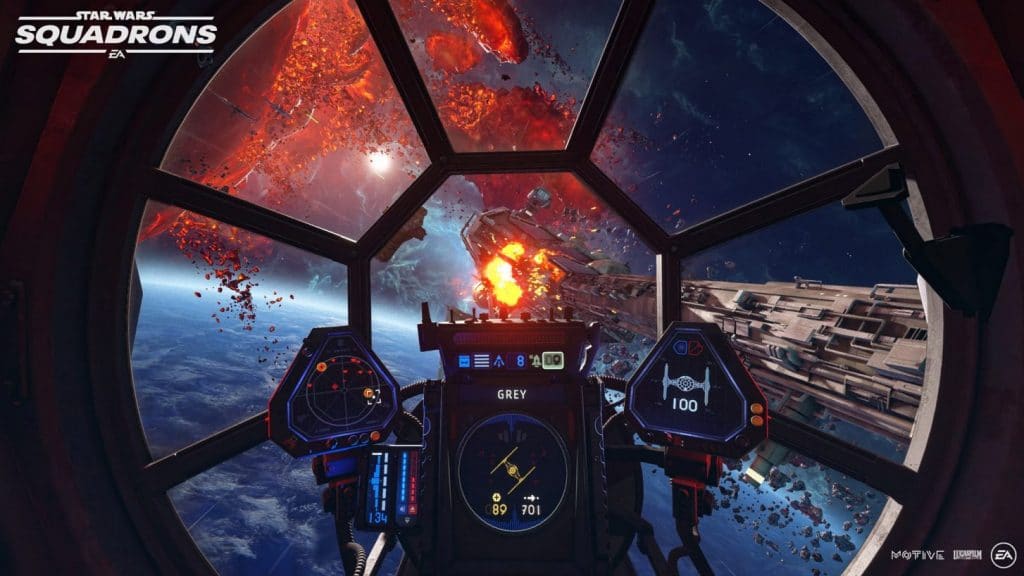 Whether the game Flight Stick or HOTAS support?

Yes, “Star Wars: Squadrons will support joystick and HOTAS . More information about the specifically supported the sticks will be available closer to launch.

What locations in “Star Wars: Squadrons“?

What the single player campaign?

Details about the campaign Star Wars: Squadrons very scarce, but we know that in VR it’s fully playable. So far it seems that the story can focus on the development of the Project Starhawk Republic and Empire trying to destroy the plans. You’ll play as the Empire and Republic during the campaign. 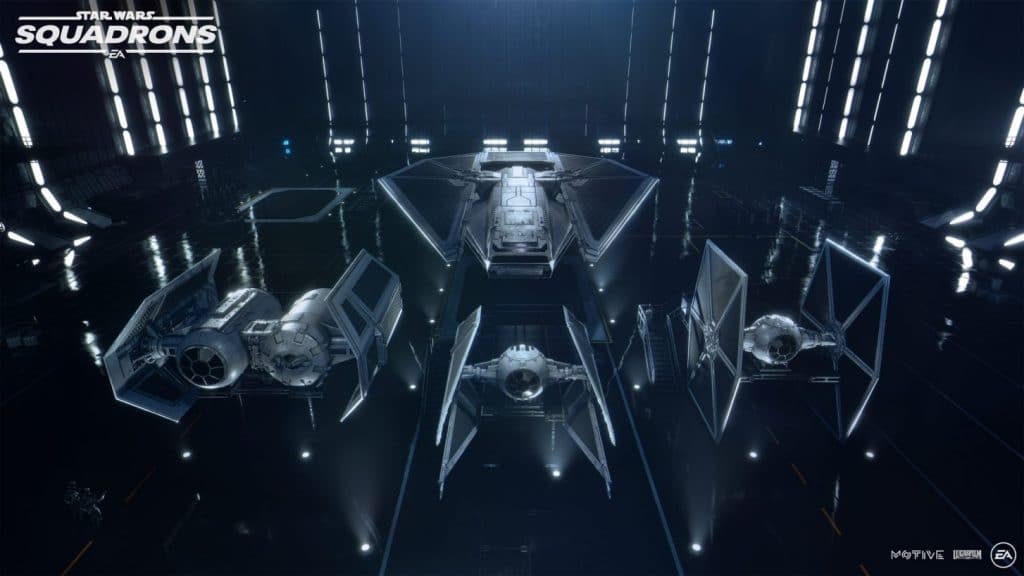 What is the multiplayer modes in Star Wars: Squadrons?

Still EA discussed two multiplayer modes: Dogfight and Fleet Battle. In Dogfight you will participate in 5 on 5 battles with the resurgence in space on your chosen ship, trying to win either the Empire or the Republic. Mostly Team Deathmatch (TDM). Fleet Battles will be more extensive, long and active game play will be similar to Capital Supremacy or Galactic Conquest from Battlefront 2. In the air battle, then the battle moving towards a more objective approach, depending on what card you have.

Is it possible to play the game modes in solo or co-op?

Yes! In all modes you can play alone with bots, to cooperate with the bots and even offline locally. It is unclear whether you can make one person in the PSVR, and others — PSVR out on PS4, but probably not. The game in offline mode doesn’t bring the same level of rewards, but you still get something for their efforts.

Can you play Empire and Republic? 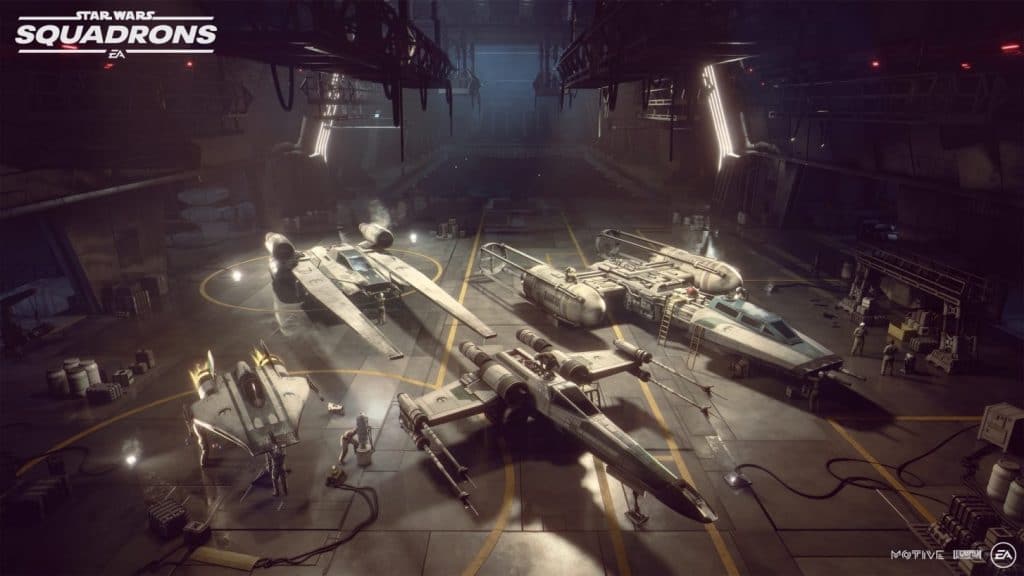 Some ships of the Republic are in “Star Wars: Squadrons“?

There are four Republican ship : X-Wing, A-Wing, Y-Wing and U-Wing. The specific details of each of them the following:

Some ships of the Empire in “Star Wars: Squadrons“?

Available in a choice of four ships of the Empire: TIE Fighter, TIE Interceptor, TIE Reaper and TIE Bomber. The specific details of each of them the following:

What about the design of ships and its changes?

As you progress through the game in campaign and in multiplayer mode, you gain rank and earn two different types of currency that can be used to make cosmetic changes such as painting and interior design. Full information about cosmetic options are not yet available. 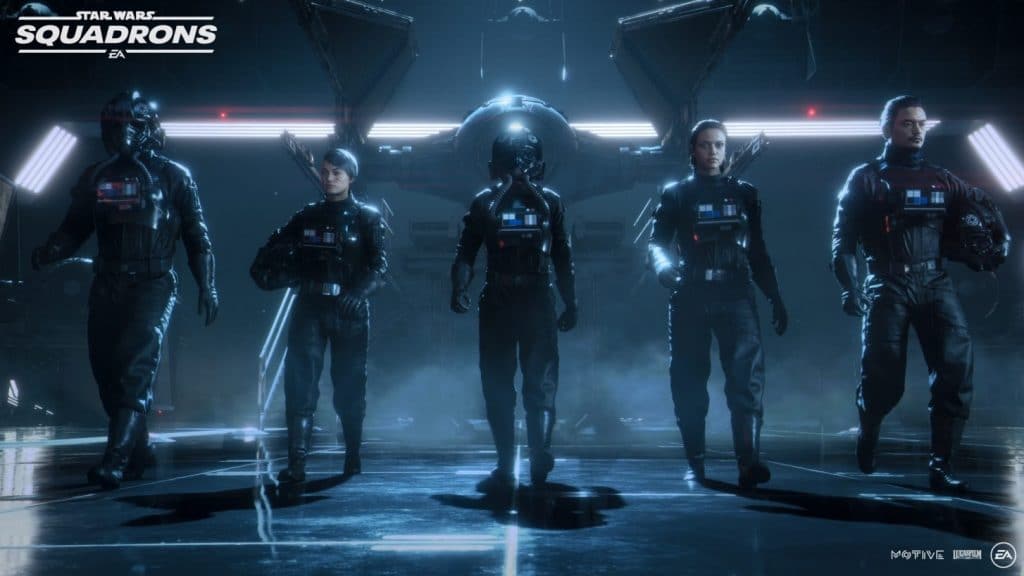 Can I choose another weapon and improve the performance of the ship?

What a player really is different from other ships of the same class is a customization of weapons. The currency you earn can also be used to modify or improve your gear with more than 50 different components, including changes in flight speed, manageability and security features. There are also different types of weapons.

How about microtransactions or luchboxes?

EA has confirmed that Star wars will be no microtransactions . You can’t spend real money on anything — as soon as you buy the game, you have to unlock everything in the game. 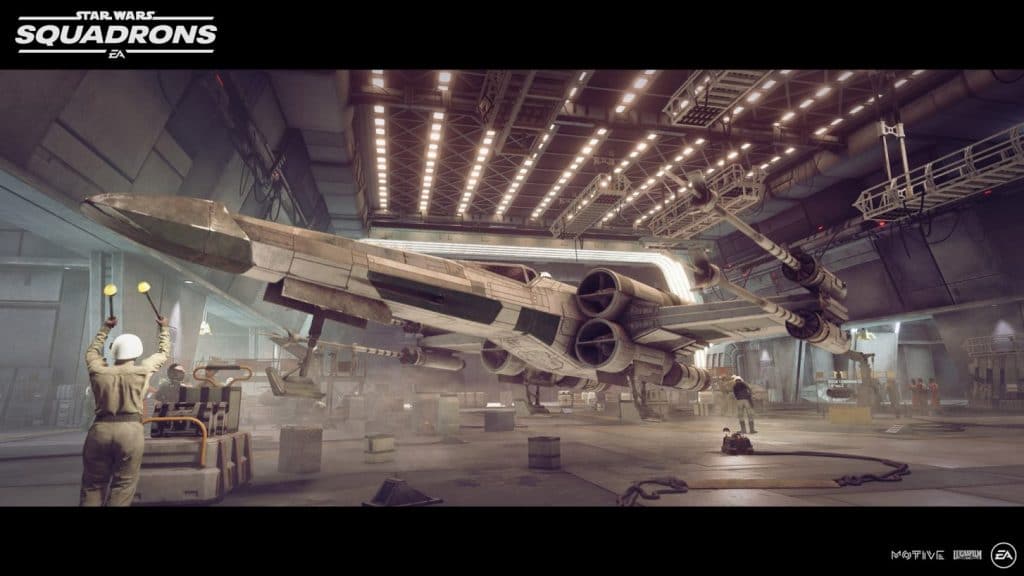