Fasten your seatbelts, tie down and go. Sounds like the preparations for a Bungee-Jumping-jump. But on the back hangs only a computer backpack from HP. It’s better not to jump off a cliff. At the Ifa technology fair, the electronics manufacturer will show how it envisions the future of the virtual reality gaming world. The backpack includes a powerful flat Computer. For example, you can play a kind of science fiction squash, in which a ball flying through the air is knocked back against the wall.

This looks pretty funny from the outside, because the racket is a small controller, which is now pulled through the air with momentum. The player wears virtual reality glasses (VR), which are wired to the computer on his back. If you want, you can show your skills for an hour in this way, after which the batteries must be changed. HP proudly presents its VR backpack here. A powerful backpack computer that lets players hop around the room wearing virtual reality (VR) glasses without any annoying cables. It does not matter in which direction he turns.

Until now, this was only possible with a thick cable hanging from a computer that was standing around somewhere in the room. In motion-intensive games, this is a hindrance and stumbling hazard. This should be different in the future, if you are willing to pay HP for the backpack computer more than 3000 euros – without VR glasses. For this, HP promises the “strongest portable VR PC ever built”.

Anyone who is on the road at the Ifa gets the impression that virtual reality is experiencing a second spring. And in fact, Microsoft manager Terry Myerson announced in Berlin when the group will release its big autumn update for Windows 10. On 17 October, the mixed reality platform (MR) from Microsoft will be launched together with the operating system, with users simply connecting VR glasses to their Windows computer and putting them on. A time-consuming setup, as previously required with the already available systems from Oculus Rift or HTC Vive, is then no longer necessary. 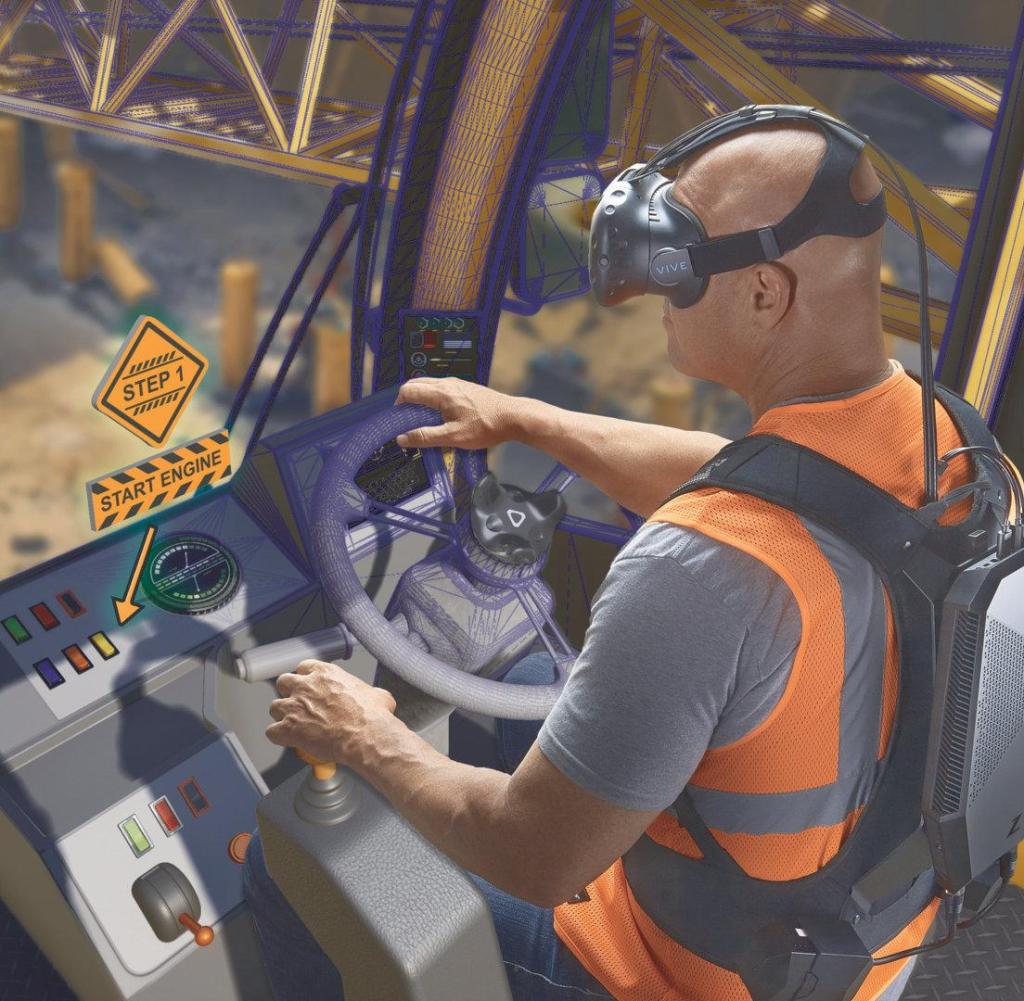 This could change a lot, at least manufacturers such as Lenovo, Asus, Dell, HP and Acer believe, who build the right glasses and now present them in Berlin. Although the glasses differ a bit in design and weight, they are basically very similar because they have to adhere to some specifications from Microsoft.

Each eye looks inside the glasses at an OLED display, which resolves with 1440 by 1440 pixels and can thus display largely sharp. In addition, the glasses must be able to show at least 90 frames per second, so that the user is not uncomfortable when viewing virtual reality. In its reference design, Microsoft also allows a cheaper version with LCD displays and also lower resolution and refresh rate.

Unlike the HTC Vive and Oculus Rift VR systems, users do not need to hang additional sensors and cameras on the walls to capture their position in the room. The new glasses have two front-facing cameras that can capture the space and its boundaries, creating a similar effect. So users can also move freely in the room with these glasses in the VR game.

That Microsoft calls the new platform mixed reality is misleading. In fact, this is about virtual reality. In contrast, the already known Hololens from Microsoft is a mixed reality glasses, because the user sees through a display the actual room environment in which virtual objects are displayed.

Whether Microsoft’s platform will bring VR to the mass market is doubtful. Not much has remained of the hope of offering real VR solutions much cheaper than before. Originally, Microsoft called prices of 300 dollars for the new VR glasses. The glasses now presented in Berlin are rather at 400 euros. The controllers cost another 100 euros.

The comparable systems from Oculus Rift and HTC Vive are currently trying to boost their sales with price discounts. Oculus has already lowered the price of its bundle of Rift glasses and the two touch controllers twice this year. Originally, the system had cost 900 euros, currently it is sold for 450 euros. 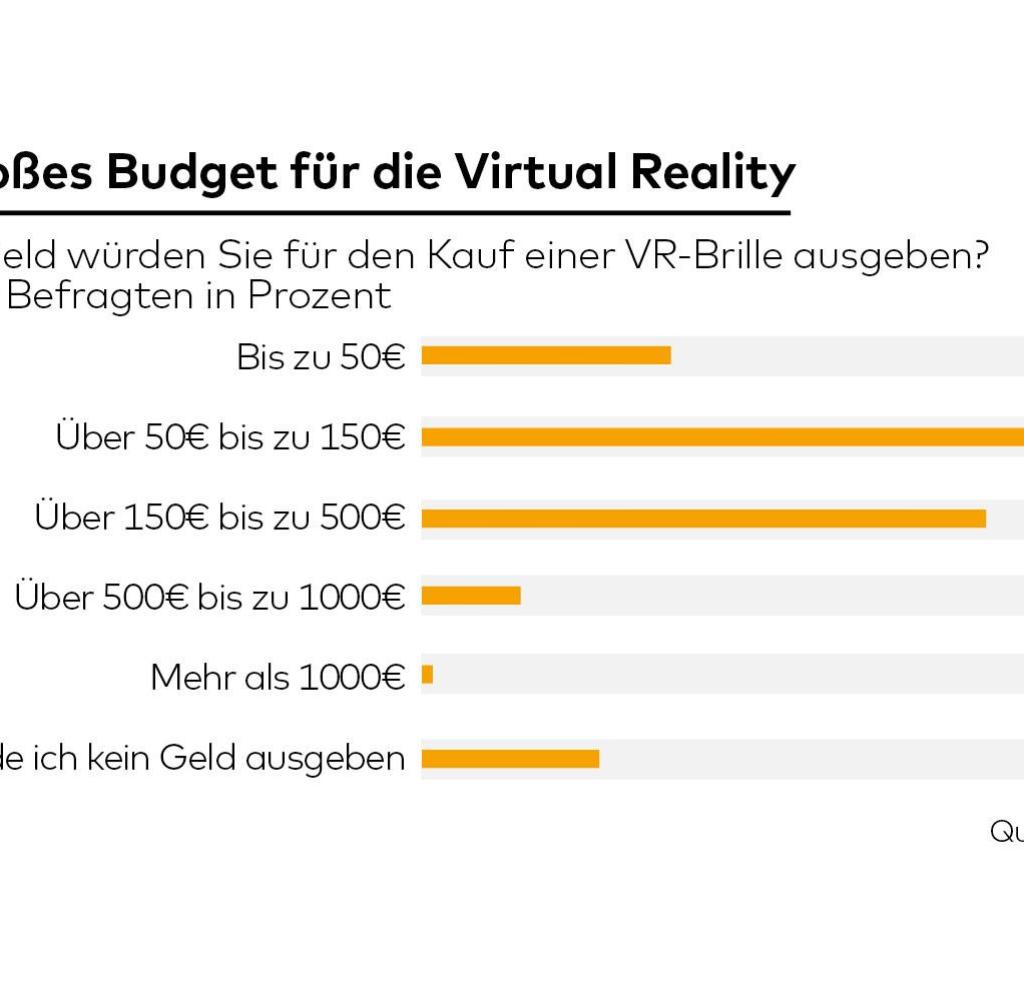 The HTC Vive is now available for 700 euros, 200 euros cheaper than before. Both systems need high-performance computers to which they are connected. Sony’s Playstation VR costs 300 euros, but without a controller and small camera, which are necessary for the operation of the glasses. The Playstation VR connects to the PS4 video game console.

Not only private use plays a role

As Microsoft has now announced, the new VR glasses will be able to access the games of the platform Steam, from which HTC and Oculus also use. Steam is one of the world’s largest Online marketplaces for computer games, and Software. Thus, there should quickly be an increasing number of VR games for the new glasses.

Market researchers see virtual reality as a rapidly growing market. ABI Research expects the technology to reach 250 million people worldwide within five years, creating a $ 60 billion market in that time. Private users will then make up the majority of this, while 40 percent will then fall on the professional sector, according to the forecast. In fact, many engineers already work with VR glasses today, because they can present their projects more vividly. 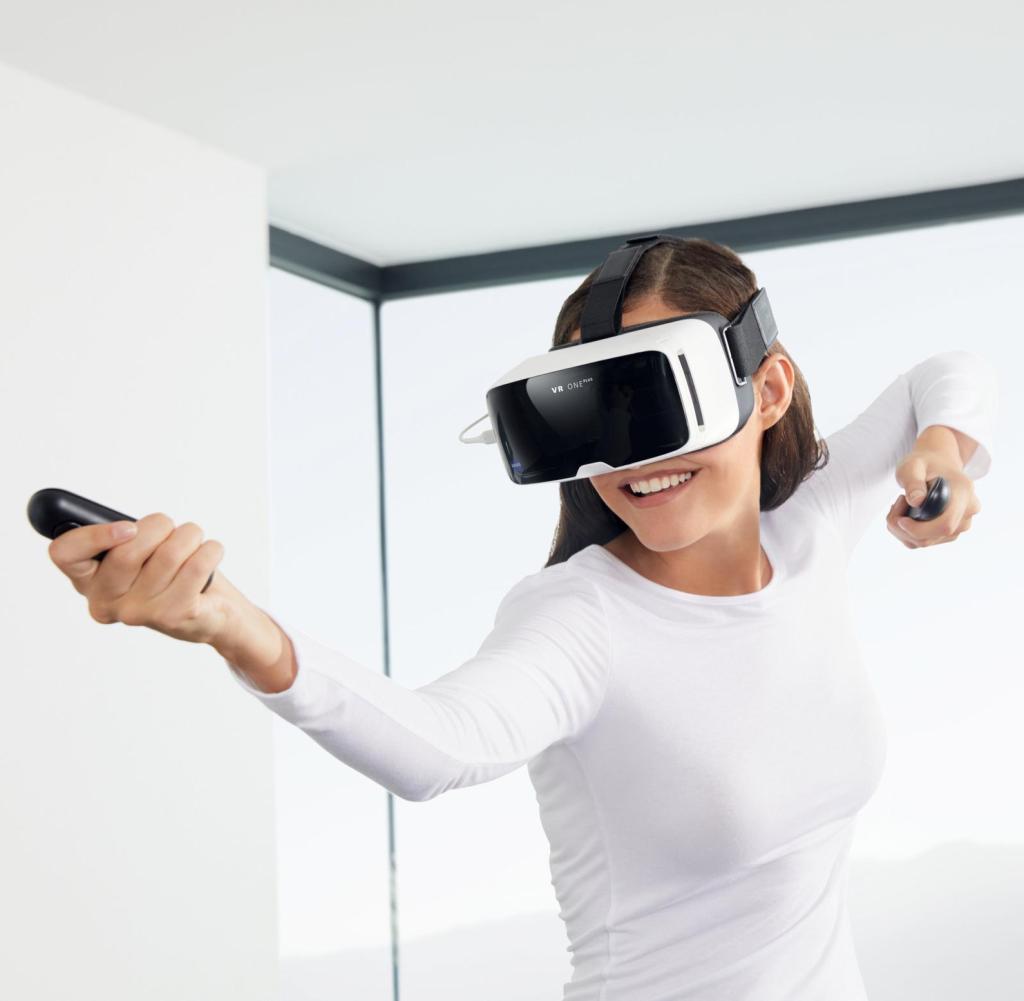 Zeiss also presented a new VR solution at Ifa. So far, the company has only had a passive bille on the market, into which a smartphone is inserted, which then runs applications and games developed for Cardboard, Google’s VR solution.

Since the resolution of the smartphone glasses is significantly lower than the other glasses, which have a separate display for each eye, the image looks correspondingly pixelated. Individual pixels are clearly visible on the displays. In addition, the processors of smartphones are not able to play really elaborate VR games.

Zeiss’s new solution called “Zeiss VR One Connect” therefore includes a computer, but remains with the passive glasses with the inserted smartphone. “Unlike previous mobile VR solutions, the smartphone hardware is no longer responsible for calculating VR content,” said product manager Franz Troppenhagen in an interview with Die WELT. Rather, the smartphone is connected to the computer via a USB cable, which processes the VR game and then displays it on the smartphone display. 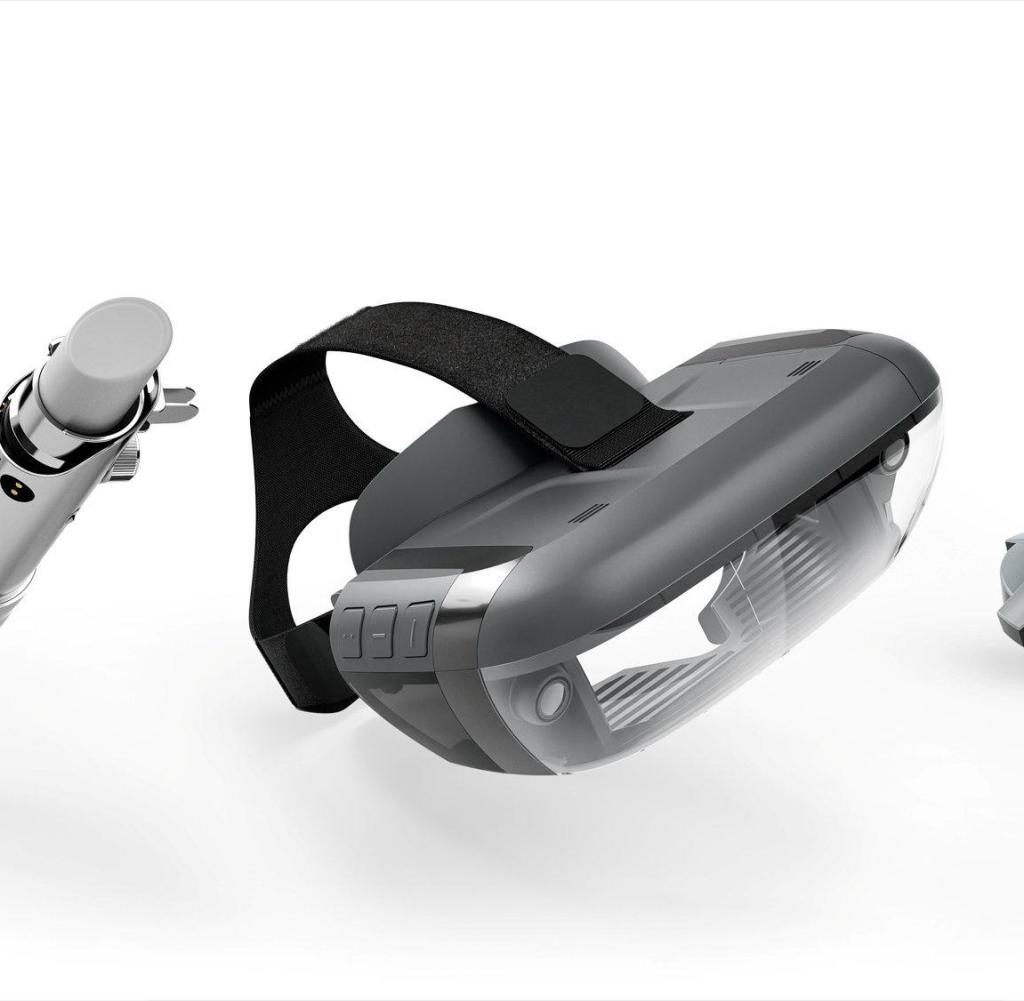 The Group sells the necessary Zeiss controllers for 130 euros. In addition to the in-house Zeiss One glasses, they also work together with any other cardboard glasses. The Zeiss solution also accesses the games of the Steam platform. Even cheaper are the VR solutions from Google and Samsung. The glasses called Daydream View and Gear VR, into which the smartphone is simply pushed, cost between 70 and 130 euros with a controller.

For a somewhat unusual semi-virtual experience, Lenovo and Disney have teamed up. At Ifa, Lenovo will show augmented reality glasses called “Mirage”, into which a smartphone will be inserted. For these glasses there is only the app “Jedi Challenges” with three small Star Wars games. The games are launched on the smartphone, the presentation is then reflected in a transparent field of view. To the glasses belongs a toy-lightsaber. Tracking works via a “tracking device” that looks like an LED ball lying on the ground. The whole package can currently be pre-ordered for 300 euros and works with the iPhone and some Android smartphone models.

At the Ifa, this seems to be as much fun for the players as it is for the spectators who enjoy the supposed Star Wars heroes who bravely wield their toy sword in a small arena there. “Wake up your inner Jedi” Lenovo asks viewers. Most of them, it seems, cannot escape this power.