The digital content market is growing at an impressive pace. In the past year, tens of thousands of titles appeared on it, including high-profile original productions, which should be considered, next to podcasts, as the biggest trend of 2021. Empik go, which consistently expands these categories, only in 2021 produced 20 superproductions and 18 original podcast series, and also made available in the application 25 thousand new episodes of podcasts of polish creators. According to the data, it should be noted that after a record 2020, we were faced with another breakthrough period for the digital content segment. In 2021, Empik go users spent 62% more time with audiobooks and podcasts than last year. E-book fans read 23% more than in 2020.

– These millions of hours spent together are the best proof of how a book and good stories can bring us together as people. Last year we produced as many as 38 original headphones, audio series and podcasts, which become our flagship product. Already now in our application you will find the widest range of audiobooks, e-books, podcasts and e-comics on the market-says Kuba piotrkowicz, head of digital content at Empik group.

Empik go in 2021 has consistently pursued its strategy based on investing in technology, creating content and expanding its user base. In November, the app debuted on the Kindle brand readers, while in December the market was released e-ink reader under the name Empik GoBook. Thanks to these actions, one of the best-rated applications in Poland with audiobooks and e-books is now available not only on phones, tablets but also on all the most popular e-book readers.

– The development of Empik go would not have been possible without the publishing and production departments, which last year realized more than 600 audiobooks and podcasts, which translated into more than 5 thousand hours of recordings. We also managed to collaborate directly with more than 40 authors and to publish the high-profile audio series” Werewolf “(margins publishing house) and ” the century of the guilty. The beginning” (mirror) or superproductions “call me win” (Albatros publishing house), “wind” and “priceless” (W. A. B.). Next year we want to undertake further cooperation, further strengthening our position in the publishing market-adds piotrkowicz.

2021 is also a time of changing user behaviour. Communicating with a digital book is becoming another form of leisure. Poles are most likely to consume audiobooks and e-books between 15: 00 and 16: 00, but also between 21: 00 and 22: 00. The most popular days are Wednesdays (app premiere days) and Sundays. This is a noticeable change-in addition to working days and hours of commuting and returning from work, users read and listen in their free time on weekends.

The beginning of 2022 in Empik brought him further premieres. With the author’s podcast ” The power of empathy. New era of leadership ” debuted Joanna Cloud. On January 26, a new novel by Remigius Mroz appeared on the publishing market. “Project Riese” is a catastrophic story in which the author takes the characters of the book on a journey from which there is no turning back. The premiere of the novel is accompanied by an audio series with a stellar cast. In the main roles we will hear m.in. Michał żurawski, Kornelia Strzelecka, Sebastian dela and Karolina Gorczyca. 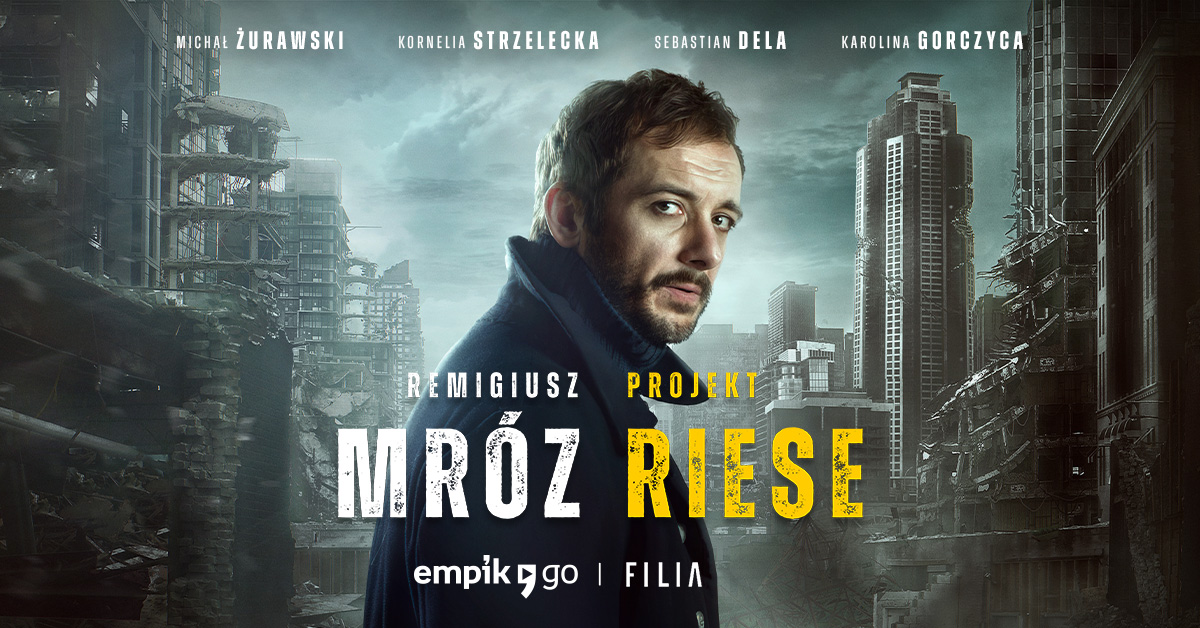