Who is the iOS developer. Browse inside from Maxim Pavlyuchenko 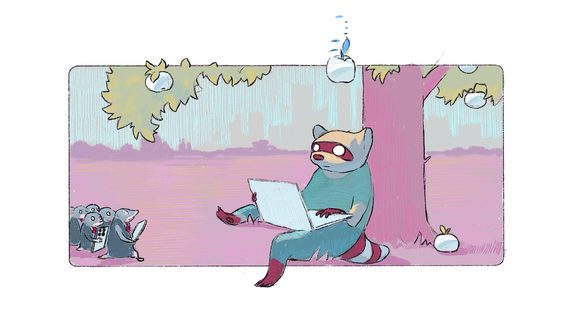 As a person with no experience in it to get up the “Apple” way of programming, tells Maxim Pavlyuchenko, Senior iOS Developer at Apalon.

Continue the cycle of materials about the it profession. Each of them describes a “typical representative” — an experienced specialist. We hope these materials will help pupils, students, prequalificaton, the Junior and sympathetic to choose a specialty in it, to assess the prospects or just to compare notes with respected colleague. Discuss and Supplement the material in the review to make it even more useful.

iOS developers is a relatively young Guild. Appeared 2 years after the iPhone. We’ve had a difficult post-crisis 2009. At the moment Apple decided to give the opportunity for third-party developers to touch the iPhone SDK (a development environment for the iPhone). And then it started.

After a year or two even unimportant cheburechnaya in Prague or in Amsterdam had its own app in the AppStore. There was even a very narrow market of individual applications (application is for one person and not distributed via the AppStore is installed only on the customer’s device): expensive, rich, and the same amount for non-disclosure.

Needless to say that the profession giperpopulyarnyh? No, it is not necessary. According to Apple, as of the summer of 2020, there are about 23 million registered developers. This popularity in turn gives rise to others — mainly employer — problems. For example, the overheated market. At the moment it is saturated with middle and elementary level. Companies often difficult to find and keep good experienced specialist. On the other hand, who says competition is bad?

First, most iOS programmers were the ones who migrated from neighboring regions, i.e. they were already pros from the scope of the development. The situation has changed, and I personally know quite a few people for which iOS (and Android) — the beginning in the it industry.

20% of all the Belarusian it specialists are engaged in mobile development.

In a nutshell: write applications (programs, games, etc.) for iPhone/iPad. Sometimes even for macOS.

It writes. As an artist. This is important. I’ll bet anyone who’ll say otherwise, but the programmer in whatever field or work, is a creative profession. No less. Primarily because the programming languages originally, the language, and then “programming”. There is not enough to have knowledge of the language syntax to solve any application challenge.

Language need to possess in sufficient degree to competently and appropriate to use its structure and idioms, speed and design. And this is, like it or not, the process of creation. Yes, someone can say that in programming, if we draw a linguistic analogy with the same journalism, Chancery adopted as the standard, but nothing prevents you, even in this case, to write code elegantly, beautiful, and not at the expense of functionality, not clumsy and forehead.

How does the direct process of creating applications.

On the process of developing written many books and you can talk about it for hours, but that’s another article. In the everyday work mode the developer communicates with colleagues from other departments: testers, designers, delivery managers, product managers, localizers, and many others. But so do just good seals. Bad seals with no one to communicate and live in your own reality.

Earlier in Objective C. Now — Swift. Frankly, at first I was skeptical and didn’t think he would shoot. Too crude, too frequently updated, breaking previous code.

For statistics: from the first version Swift 1.0 (2014) to the current Swift was 41 5.3.2 version. For the sake of truth will take 13 intermediate, released for other platforms. Still 28 versions of the language for 6 years is seemingly a lot. But no. This suggests that the language is actively evolving. As a living organism.

For example: Pike, which was invented in 1994 (26 years old, Karl!), and had a little revision (and in fact did not have a clear), is very much passed, and applied only for specific things users statistics which is less than 3%, and the number is constantly falling.

It is necessary to say that finally go to Swift, Apple has not yet happened, but they are actively moving in this direction. So sometimes you have to apply and Objective C.

Career iOS-Nika, Yes, however, as any developer looks like this: from rags to riches. Now, in detail.

First you — the clay from which sculpt something similar to the developer. The mentors and the oversight of you seasoned developers teach you the basics of the profession.

This is the phase of a Junior developer (in some companies to this phase is the level of “Intern”, but the essence is the same). “Joon” do not trust to put your code, even in an intermediate (dev) repository. He had a separate sandbox in which he can’t do anything to hurt the company. Most code you will write will have no use in real projects, or it will be as routine and safe pieces of the project, which is still three times for you check your leads (leading developed).

Throughout this period, the company invests in you resources. Use you almost do not bring. But that’s okay. As it should be. In the first six months or a year from you much not expecting anything. There is a bet on four to five years. Over time you will start to give pieces of real projects more difficult. Not to give up and not be afraid! To take the initiative. This is a direct way to “mallu”.

Middle Developer (aka Staff Developer, if the old way). You are quite independent, can solve problems of average difficulty and some challenging tasks. The usual time from June to the middle and is a year or two. It all depends on you. But the financial rewards will make you happy, since this is not an increase in 10%, and most likely the integer multiplier.

Senior Developer. Senor and Senor in Africa. You still can’t open the principal’s office with his feet, but already have a significant weight in the discussion of the technical and technological aspects of the project. As you say, so be it. “But remember: with great power comes great responsibility.” So the demand from you much more. But SN is not too small.

But then the standard plug: you go into leads (Team Lead) or continue to develop horizontally. There is a choice!

In General, everything is like in the army, only without a gram of violence. Mature programmers — the good people. And they with parental warmth and support are to beginners.

The main tools in the work

All you need to start is the XCode development environment, which for the elementary work in an organic way attained in six months. And further more. The rest is an improvement. Someone is using third-party tools to simplify your everyday routine, someone who writes his scripts or even software.

What you need to know

It is desirable to know English. Most documentation is written and appears in English. And to read and understand their need. Usually, companies have an internal language courses paid or provided compensation for external.

Otherwise, I spent a considerable number of interviews, has long parted with the stereotype about the need of higher technical education. It is rather a myth. Yes, it gives a certain mindset. But gives almost no applied knowledge for industry.

If I now asked myself: did I what I was taught in University, I could not clearly answer this question. But I can say that this profession is available to all who want to learn and not afraid of time difficulties. Support is always there. And it very much. The developer community is one of the largest coalitions in the world.

What you need to have

The desire to change something in your life. And here it is important not to be afraid to try. I personally know of examples where programmers have been former police officers, religious officials, builders and many who do. Honestly. Know them personally. Cool guys.

Yes, that’s a specific example, if you want.

My friend, not so long ago, replacing their 30-plus years old not a few professions, thinking about the next phase of my life and that I want stability, reliability, and financial freedom on the fronts of their lives. Through the uncertainty and fears (“I can’t”, “I can’t”, “I don’t understand”, “I’m not a techie”, etc.), but with a responsible approach to what is happening just signed up for the free open online courses. After a couple of months he was practically living in my house, merged into one with the computer, not sleeping at night, and consumed gallons of coffee and nibbled granite science of programming under iOS. He naturally killed. I must say that I mentorin the system “He read, he was doing. Do not understand — read once again here.” In short, hard kung fu, but had no choice then. There are programs much more soft and absolutely do not have to sit for 12 hours a day. There are even options for without a job, but they last longer. In the end, my friend is now in good standing in one of the largest grocery companies in Minsk. Again: less than a year he went to such a rise.

Where to start and what to read

A person who chooses to start from scratch I would recommend a book and courses. There are paid offers. Here are some proven courses (the order has no effect):

In Apalon is now called work.

Courses to become an IOS developer 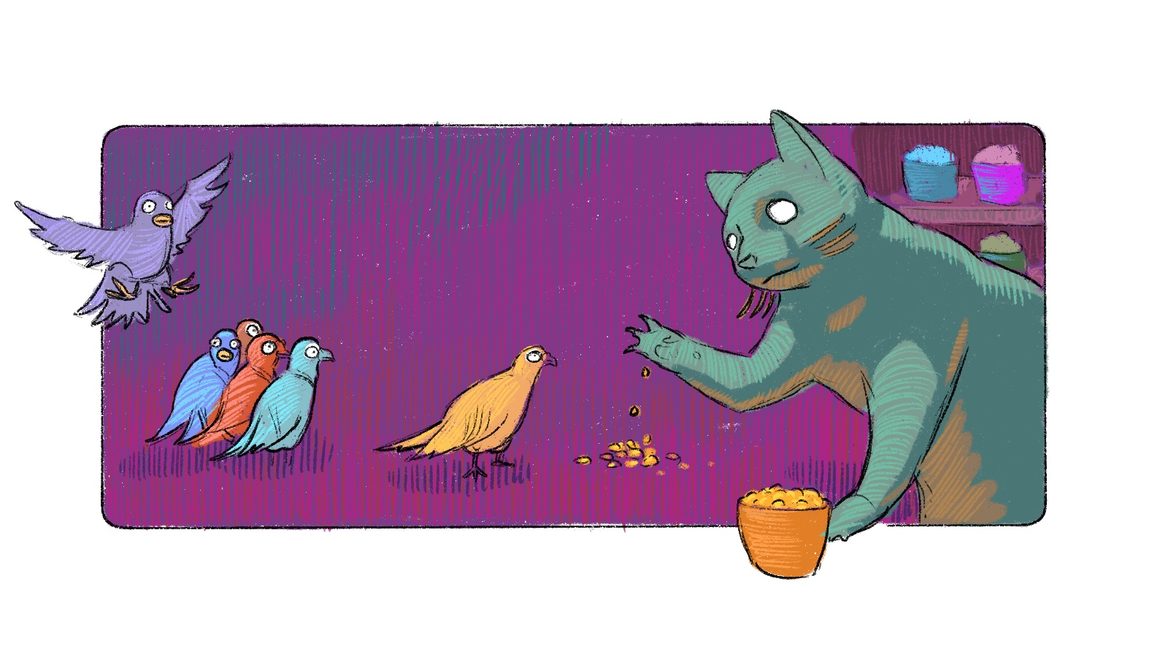 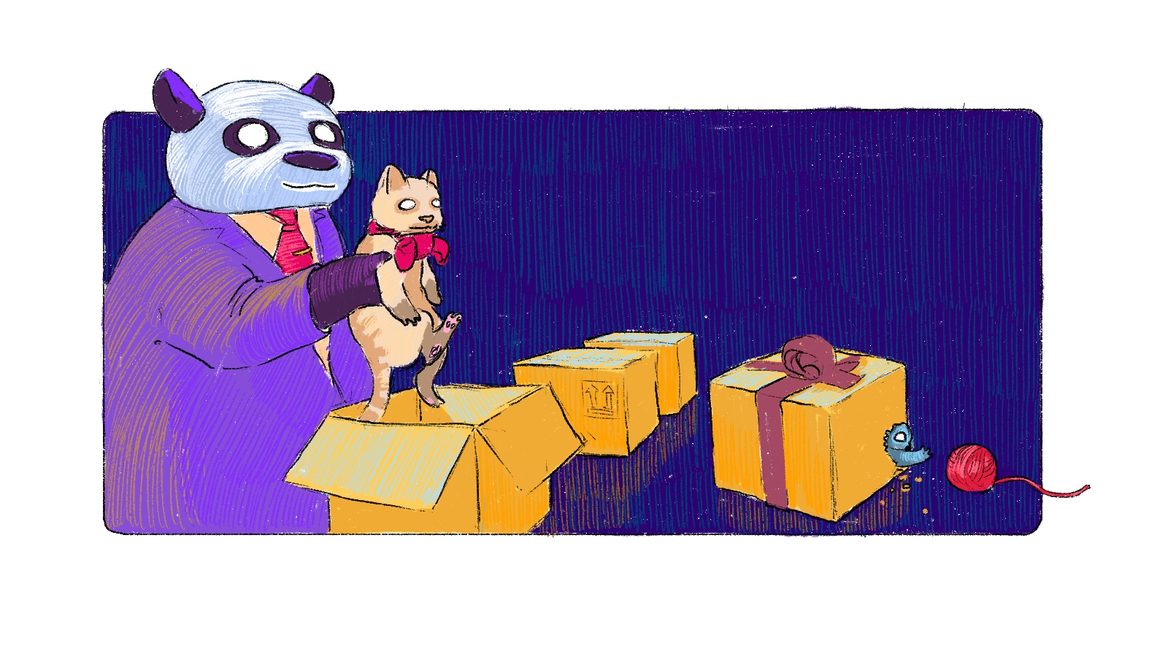