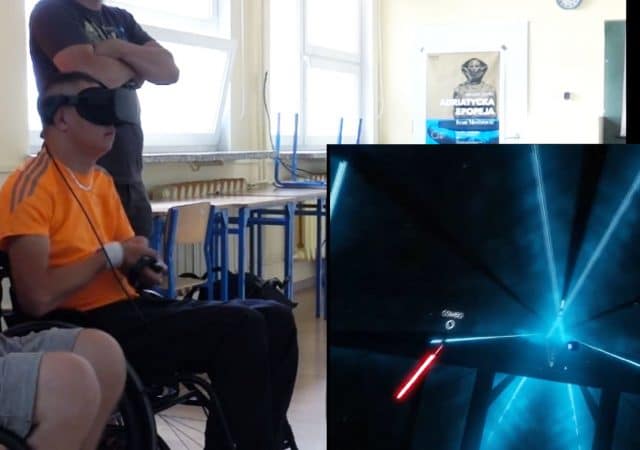 The new SteamVR aims to make virtual reality more accessible for users with physical disabilities, those who can perform only certain acts or has limited capacity for movement. The software is easily configurable and covers a different situation.

Utility called WalkinVR , out June 30 on Steam and works directly with SteamVR in order to provide VR users with disabilities additional opportunities. For example, if the user is in a wheelchair, it can be difficult to physically turn or move in the VR mode. With WalkinVR the user can help the third party that uses the Xbox controller to move or adjust the position of the user VR. Alternatively, WalkinVR also provides the option to bind movement to the buttons of the controller, allowing the user to use the VR controller to simulate any desired real movements that they cannot perform physically.

This is just one example of what can make WalkinVR — much more. If the ability of the user to move the controller’s minimum or restricted, WalkinVR can dynamically regulate the movement of small or limited controller to represent larger actions when you transfer to VR. In fact, a slow or small movement of the controller in real life can be adjusted so that it was interpreted as a faster or greater movement in virtual reality. This can be seen in action in the video above.

One remarkable feature is the ability to use the Kinect device to track the user’s hands and convert it to a motion controller in VR. It is intended for users who may not fully capture or use the controller.

Since the software is designed for SteamVR, it’s only available for PC VR or Oculus Quest when you use it through the Oculus Link.

WalkinVR will be available on Steam from the 30th of June.