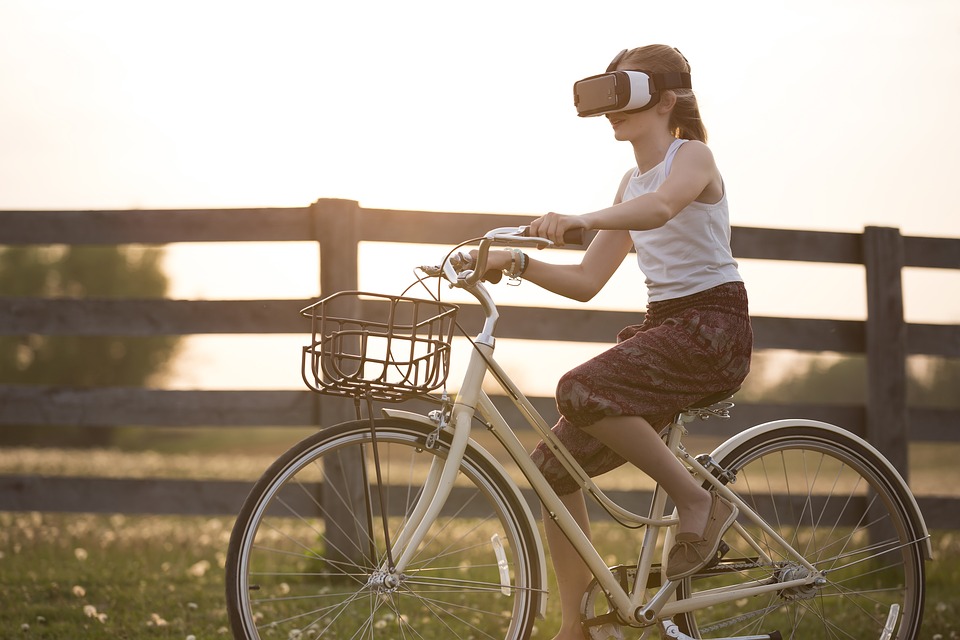 Despite the fact that virtual reality in recent years is gaining popularity, it already has its own history.

The idea of the first immersion in the artificial world belongs to Morton Heilige. In the 1950s he develops his experience in the cinema. In 1960 he introduced a game console called “Sensorama”. In addition to the reproduction unit, is attached to the moving chair, speakers for audio playback and special screen. Using all of this in his theater, Morton was able to convey the feelings of the artificially created landscape of the audience: to reproduce the noise, wind, and even some smells. A great addition to this project was the screen which shows three-dimensional image. However, for unknown reasons, the audience for the show was not enough. And design Heilige gave impetus to the development of the ideas of virtual reality.

In 1961, Philco introduced a unique headdress called the Headsight with two built-in systems to track and monitor. This device allowed a person to be in different places of the planet, making only one turn of the head. The helmet was equipped with infrared cameras used in aircraft.

In 1965, scientist John Sutherland able to develop a completely new device called the Ultimate Display. He had a special monitor that showed the person a completely unpredictable world. It was after this was founded the claim that the virtual world must appear real to the beholder. In the same year he published scientific work.

By 1966, we developed a new device that allowed you to connect the helmet to the camera and directly to the computer. People, turning your head, not only seen instantly changing the picture, but heard the sounds that accompanied it. This method of transmission began to show spatial illusion.

The first really significant contribution to the current understanding of this process did Ivan Sutherland. In 1965, during one of the lessons he explained to the students that they should not perceive the monitor as a monitor, and I’m gonna pretend it’s a window into a previously unseen world. All the movements that will make people in this world, will correspond to the real time of the world.

Later in 1972, there is such a term as “artificial reality”. It was first used Myron Krueger. It involves the combination of several elements together to realise an entirely new result. Chief among them is people. Later, he wrote the book Artificial Reality and launched into circulation in 1983.

1977 University of Massachusetts creates a “Voucher aspen”. This program was designed to play on the computer. With its help, anyone could walk through the city of aspen, which is located in the state of Colorado without visiting it in the real world. To create this plot was used real pictures that were made in this village at different times of the year.

1984 becomes a turning point in the history of the virtual Ferris as Michael Makgrivi makes his own discovery. It becomes “HMI” (human machine interface). As soon as the news became known to the public, it is instantly picked up by the media and spread to the remotest corners of the world.

In 1987, Jaron Lanier, has proposed the use of a new term, which since then began to be associated with the other world, referred to as virtual reality. A few years later, the media continued to convince all people in the world that the virtual process is a new step in the development of science that will bring us a lot of useful information.

Today we have the opportunity to verify the legitimacy of this claim, since virtual reality really brings a great contribution to the development of various spheres of life.