Virtual Reality is waiting for the iPhone moment 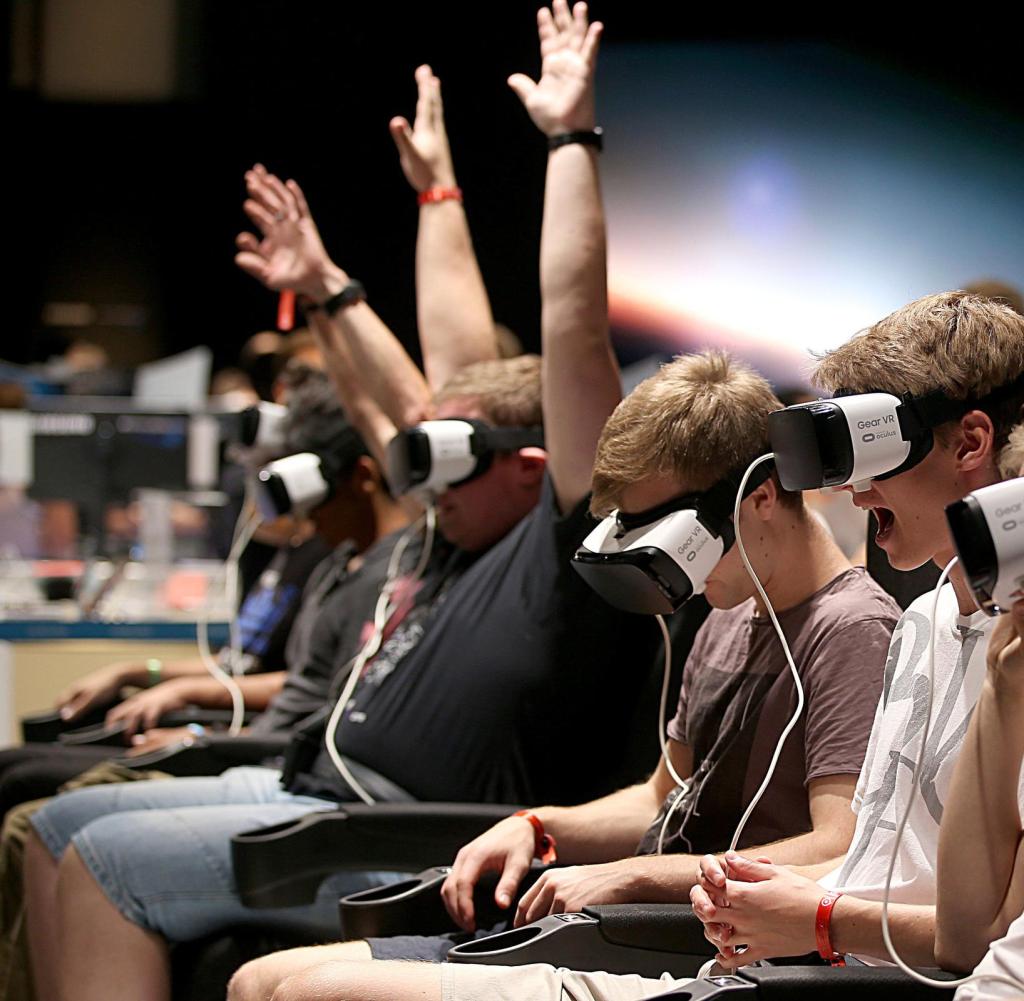 Left and right, the trees of the “green hell”, the legendary Nordschleife on the Eifel race track Nürburgring, rush past. If you do not see the small bumps in the asphalt in time, take off quickly with his vehicle, shoddy stomach included. And this despite the fact that the driver is many, many kilometers away from the actual place of action.

Because to get an authentic racing car feeling, you do not necessarily have to sit in the car to find the ideal line for the difficult track. Nowadays, a so-called virtual reality – or, in short, VR glasses and the console game “Gran Turismo Sport”is enough for this. This is what publisher Sony is showing these days at the world’s largest computer games fair Gamescom in Cologne, where the Japanese have built up their own VR stand in addition to their already big appearance.

Still a lot of air to the top

If you wear the VR system on your head, you will practically not notice anything of your real environment. Instead, the players go on a 360-degree journey through virtual worlds, where the protagonist can quickly warm up through the intense gaming experience-and not only while driving a car. Sony offers, among other things, “Bravo Team” a shooting game in which the player either alone or in co-op mode with a friend in the war zone on enemy hunting.

Shooting is no longer done with the normal PS4 controller, but with a new Playstation VR target controller and thus a device that is modeled on a rifle, trigger included. And also” Farpoint ” is a shooting game in VR mode, the critics are delighted with it. “Although not yet perfect, Farpoint shows the huge potential for more titles of similar design in the future, “says”PC Games”, for example.

Currently, the emphasis is probably on the future. True, VR games were already touted as the big new trend at the last Gamescom a year ago. The 2017 tour, however, shows that there is still a lot of room for improvement in this area. For Microsoft’s Xbox, for example, there is still no single playable VR title. So the big boom is not long in coming. “The market is not ready yet,” admits Alain Corre, the European head of the industry giant Ubisoft. “Every new technology takes time,” he explains in an interview with Die WELT.

Waiting for the iPhone moment

And a blockbuster. “Once one or two really good titles are on the market, the hardcore gamers are convinced and there is a chain reaction,” Corre is convinced. “And then they invest, because it’s all about passion.”But there is still a lack of breakthrough games and thus the much-cited iPhone moment. And then 320 euros for Sony’s VR glasses, for example, is a hurdle. Ubisoft itself is trying to do this with the two titles “Space Junkies” and “Transference”, which are announced for the coming months. The number of VR games among the French thus increases to four. “The topic has a future,” Corre remains convinced.

Felix Falk has a similar view. The managing director of the Bundesverband Interaktive Unterhaltungssoftware (BIU) continues to predict a great future for VR. “But it’s a completely new platform. This is not as fast as originally thought.”However, he is already reading his first successes from market research and statistics. “After the release of the current generation of virtual reality glasses and price cuts in recent weeks, the awareness and the user base is now increasing,” reports Falk. Within a year, the proportion of Germans who know virtual reality has already grown by 14 percentage points. “Six out of ten Germans are now aware of the importance of virtual reality.“

Probably also because the topic of VR penetrates from the gaming world into other economic sectors, such as medical technology or mechanical engineering. “The games industry often ensures that a new technology also arrives in the mass market,” describes BIU boss Falk. Politicians now also know this: “Developers from the gaming industry can and should also get involved in other industries,” demanded German Chancellor Angela Merkel (CDU) at the opening of Gamescom, coupled with the promise to promote the industry much better in the future. “We want not only talented players in Germany, but also successful developers.“