This is the most amazing tweet of the EM so far 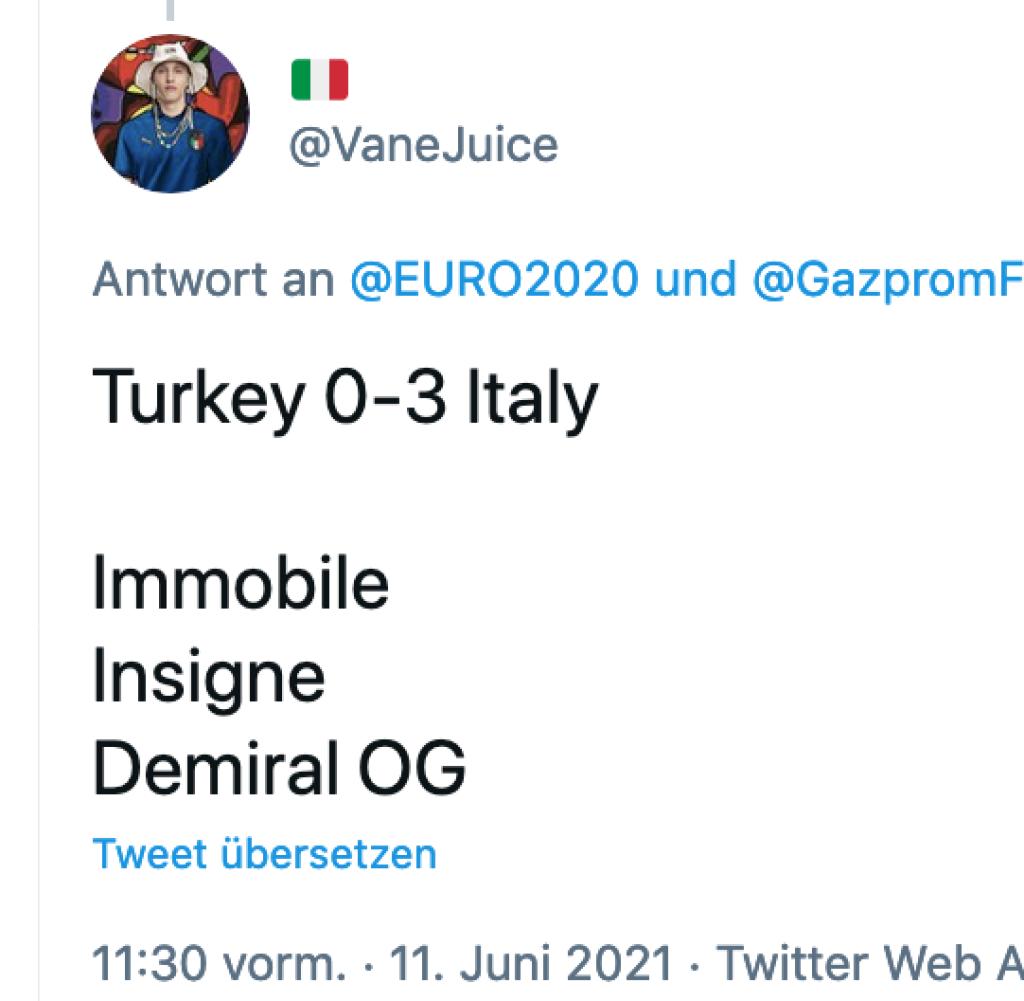 It was a clear thing in the opening match of the European Championship. Italy faced Turkey in the first half and then struck after the break. Roberto Mancini’s side confirmed their status as co-favourites for the title with a 3-0 win.

Italy’s victory was not a big surprise, after all, the team had won 27 matches in a row until the opening game and had gone the last eight of them without conceding a goal.

As a result, the responses on Twitter were also mixed when Uefa asked fans to tap the outcome of the match on Friday morning. One of the many answers stood out, it had almost oracular features.

Even the own goalscorer correctly predicted

A user not only typed the outcome of the match correctly, he also predicted all three scorers. The fact that striker Ciro Immobile scored is not a big miracle. Getting Lorenzo Insigne’s goal right requires a little more football expertise. Having the two Italian goalscorers right is remarkable, but he proved clairvoyant skills with the correct naming of Merih Demiral as an own goalscorer.

He posted the tweet at 11.30 am on Friday morning, more than nine hours before kick-off. Accordingly, he is celebrated on the Net and heaped with questions from other fans. “Will Tottenham ever win a title?”, “Will Barça win the Champions League next season?”, “And how does the presidential election in Indonesia end?”were just a few questions that the tip oracle is supposed to answer.

The Uefa sponsor presenting the prediction game also reacted. “That’s the craziest prediction we’ve had in a long time. We would love to give you a cue ball“ ” the sponsor tweeted.