343 Industries posted the entry on the Halo Waypoint website, where he announced that he was preparing to shut down the servers of all the parts of Halothat came out on the Xbox 360. News for seven games:

Disabling a server will affect these games in different ways: for example, Spartan Assault and Halo Wars matchmaking will remain in service (according to 343, there are other network system), but in Halo 3, ODST, Reach and Halo 4 competitive multiplayer will be inaccessible.

In addition, Halo 3, Reach and Halo 4 there are achievements related to the multiplayer sections — if you want to get all the “achievements”, you must implement them before disconnecting the servers. Full plate with a description of what is muted and what will remain, see below. 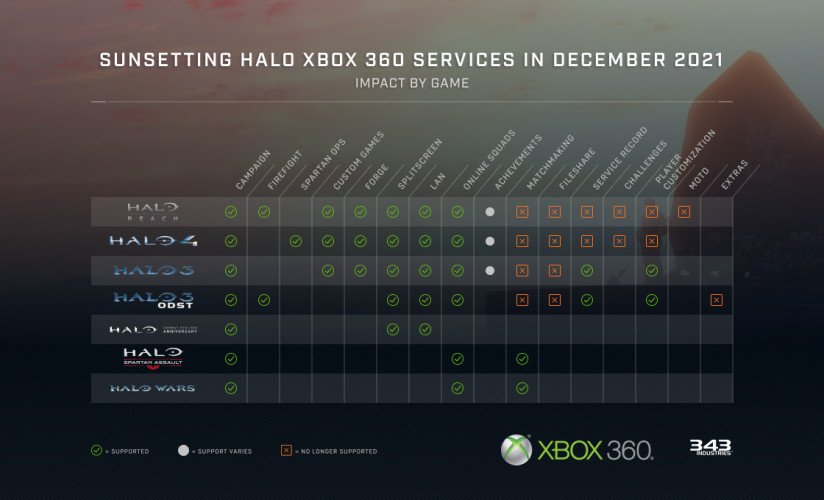 Too much to worry about the death of Halo – era Xbox 360 is not worth it for several reasons:

According to 343, to shut down the servers is a disproportionate effort: to maintain the network infrastructure necessary to allocate labor resources, and the popularity of multiplayer on Xbox 360 rapidly falls of natural causes. In the end, keep the servers was impractical — they are playing too few people, the digital sales of the above projects has decreased significantly, and their physical copies stopped producing in 2018.

The servers for Halo on the Xbox 360 will retire somewhere in the second half of December 2021-th. 343 recalls that until then the multiplayer DLC is free — everyone can say goodbye to the games as it should be.