The Holodeck is coming: Why Virtual Reality is the next big thing [Kolumne]

Virtual Reality has, at the latest, since the Oculus Rift, a new quality. Newer solutions such as the recently announced Re Vive from HTC and Steam show, where the journey is going: The Holodeck from Star Trek is not far off. The Virtual Reality-column “Views on VR” by Luca Caracciolo.

We humans love to technological dreams. Things we can’t imagine now, perhaps, but the technology is still possible. Not least, the Star Trek Brand is such a success: The films and series such as technological dreams. A device, for example, a doctor, and broken bones can heal within a few seconds. Or the Beam: How convenient is that, to within a few seconds at any place in the world, travel would be?

Exciting technological dreams from Star Trek to become reality. Tablets, for example: This flat Board, the Jean-Luc Picard in the ‘ 90s in “The Next Generation” as a Log-based Computer uses, is virtually to communicate the anticipation of the iPad and the co. Or the Communicator in the original series, “the starship Enterprise”, with Kirk and his team – now known as the mobile phone or Smartphone.

Oculus Rift was just the beginning

While some of the technology from Star Trek, such as the Beam, or the medical equipment, if feasible at all, probably a few decades, to wait on themselves, others, such as the Replicator with 3D printing are technologies, at least on the way, works in the entertainment industry with high-pressure, especially in technology: the Holodeck – a room that is almost completely from a digital Illusion. Or, to put it term take something unique to the digital extension of the “reality” (Augmented Reality, AR) and virtual reality (Virtual Reality, short-VR).

Almost all of the major Tech companies are currently working on their Vision of Augmented or Virtual Reality: Facebook, the Team bought in the last year, behind the Oculus Rift glasses. Sony is working on Morpheus, a VR glasses for the PlayStation 4. Microsoft announced the beginning of the year, HoloLens, an AR-glasses for Windows 10 and Xbox One. And Google has already been presented in 2012, with Google Glass, a pair of data glasses, indicating, however, “only” data on a Mini-screen and neither Augmented nor as Virtual Reality goes through. And this week, finally, HTC has unveiled in co-operation with the PC Gaming platform Steam “Re-Vive,” a VR solution, which, in addition to the glasses, in addition, the use of two controllers. Re Vive comes the Vision of a Holodeck at the moment, at least for the next. The user can move in the space and creates a much stronger spatial Illusion, to stay than just stand in place. At The Verge, there’s an impressive Demo to Re Vive.

The VR-glasses “Re Vive” from HTC and Steam-Looks, in fact, still chunky, but in the virtual worlds, which are shown with the glasses, are impressive (image: HTC)

The Virtual Boy from Nintendo greetings

But to be honest, With all the fascination of the Virtual or Augmented Reality – who wants to wear because, in fact, such a chunky pair of glasses? Oculus Rift or Morpheus will not see anything other than light, really comfortable, and prevent this is probably the so-important Immersion. Or the whole Equipment of Re Vive – until they created the first right and the handle has, is the Immersion long ago in the ass.

Or, as Tim Cook of Apple said:

“We always thought that glasses were not a smart move, from a point of view that people would not really want to wear them. They were intrusive, instead of pushing technology to the background, as we’ve always believed.”

Apple has once again right? I don’t think so, because who says that Headsets are too distracting, it could also mean that beats headphones are too bulky to sell in great styles. In the case of VR and AR glasses, it is mainly an application in the office or in your own four walls – that is, a “protected area”, in which we observed and in which we take a Handicap in purchasing.

“Nevertheless, it Has given all before, and nobody wanted to have,” which is the often-heard response, when it comes to Virtual Reality. Correct: VR-glasses, there were already 20 years ago, all of the Virtual Boy from Nintendo turned out to be a commercial disaster. But who is derived from the Flop of the time, the VR-glasses simply not a mass-compatible, hides, that today there is a much higher computing power is available and will be installed, which can also produce a very different quality of the Illusion. Let us remember: The Virtual Boy had a Megabyte of memory, and 512 kilobytes of Video RAM, a 32-Bit CPU with a clock speed of 20 MHz and 1 kilobytes of Cache Memory. The resolution of 384 x 224 pixels, and the monochrome image did the Rest. 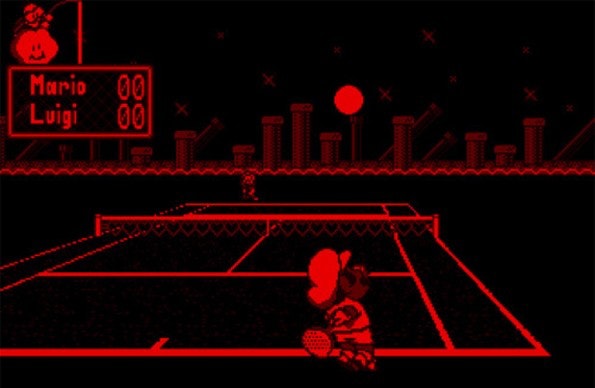 Mario Tennis for the Virtual Boy: it’s No wonder that Virtual Reality technology 20 years ago, and not by way of set – basically, the device was just two monochrome screens to produce a 3D effect. A motion detection system of the player did not take place. (Photo: Nintendo)

This computing power of today’s compare is likely to come close to the comparison of a small Pebble with a mountain – to compare so hardly to each other.

Virtual Reality is the next big thing in the Entertainment industry

So the Virtual Boy forget, on the one hand, Smart TV, curved Displays, and 3D-TV on the other side of the virtual realities of the future will be incredibly good, real, and therefore extremely fascinating. In the Gaming sector is already happening now reached a quality that is perceived by the untrained eye as a “real” reality: if, for example, the grandparents of faith in a Match of the latest Fifa branch to see a real football game – been there.

To connect this extremely high degree of realism with a technology, which allows it to forget the last remnants of the “real” reality – namely, our environment – and to completely hide, will have an enormous Impact on the Entertainment industry. The entertainment value of Gaming, but also in Film and television, and interactive applications will increase extremely. But also in the work area, for example, when it comes to design and modeling, are likely to VR and AR and also bring solutions groundbreaking simplifications and improvements.

The technology is just at the beginning, glasses and other equipment such as controllers become smaller, handier and more convenient at some point is probably not make it harder and more uncomfortable than a pair of 3D glasses, barely noticeable. Maybe it will work someday, only with a lens in the eye, as well as extremely good and high-resolution cameras, the movements perceive and process – very similar to Kinect for the Xbox. Maybe, it allows the holographic technology of the day, even complete without a device in front of the eyes in virtual worlds-dive.

Then we had our Holodeck. Next, please Beaming!