Routers with Wi-Fi 6: is there any sense today? 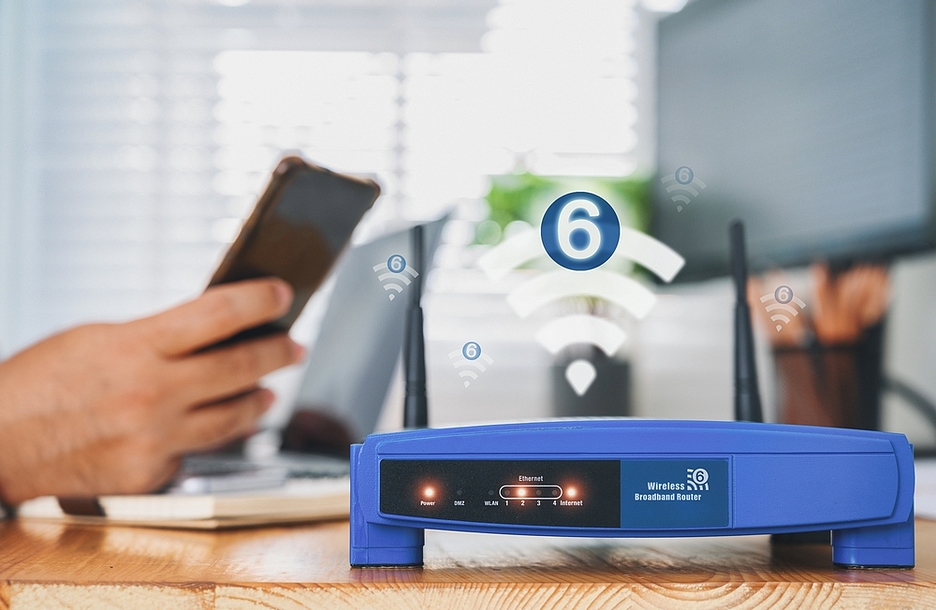 Not so long ago we talked about Wi-Fi 6 (802.11 ax) and Wi-Fi 6E, and 6E if the future is still very uncertain, the devices with Wi-Fi 6 becomes more and more. Although the direction things are going slowly because the technology is a little ahead of time.

However, in the summer of this year was published the order of the Ministry of communications on amendments to the rules of application of equipment of radio access, allowing you to certify in Russia equipment for Wi-Fi 6. This event is considered the official start of this standard in our country. It is worth mentioning that Wi-Fi 6 should make us more stable performance and higher speeds than could be expected from previous iterations of the technology: the developers promise up to 11 Gbit/s, in comparison with a theoretical threshold of Wi-Fi, 5 (802.11 ac) is almost twice as much.

The main problem faced by enthusiasts today, is a small range of devices. And yet try to understand in General how things are going with Wi-Fi 6 on the Russian market. How such models are more expensive? What is the real gain in data transfer speed can I get? Should I hurry up with the upgrade or should I hold off?

The main home device, which is expected to deploy next generation network is, of course, the router (the router). In the study of the range of computer technology, we offer the largest Russian network of shops, it is easy to see that the routers supporting Wi-Fi 6 among them are several times smaller than standard Wi-Fi 5. The top tens, the second the hundreds. To choose a model based on Wi-Fi 5 for different wallets: the cheapest starts from 1500 rubles (in the case of Wi-Fi 6 twice – up to 3500 rubles). The most hyped in both categories are about the same: 40-45 thousand rubles.

And here we are faced with a very interesting situation. If you are considering a device in the premium segment, and that several tens of thousands of rubles, it is desirable to only select among the models with support for 802.11 ax, even without taking into account other topics discussed in this article parameters. In most cases, for the same or less money you get a higher top speed data transmission (for the future) than a similar device with a previous version of Wi-Fi. And if the difference with Wi-Fi 5 and 6 in the 2.4 GHz band is usually 200-400 Mbps, for working in 5 GHz band the difference can be several gigabits. But it’s “on paper”, because the highest point, which indicate the manufacturers, in most cases, unattainable at home because of their special reasons. But more on that later.

Range routers supporting Wi-Fi 6 not too wide and mainly consists of devices ASUS, Huawei, Honor, and TP-Link. On the world market are offered in the gadgets of other companies, such as American Netgear, but not every one of them can be bought in Russia.

It is important to understand that one router to build a wifi network 6. If your client devices support only Wi-Fi 5, then, due to backward compatibility, the network with the center in the form of Wi-Fi-6-router will function as a “normal” Wi-Fi-5-network. Currently, devices with Wi-Fi 6 on the market as little as a year ago, when we first talked about this technology. Range of smartphones and tablets with support for this standard offer dozens manufacturers: Apple, Samsung, Huawei, ZTE, Fujitsu, Meizu, OnePlus, Motorola, Xiaomi, Oppo, LG and etc. But mostly it is a flagship, expensive models and in the budget segment, choose especially not anything else. As for laptops, most laptops with Intel processors Ice Lake and Lake Comet is able to work with Wi-Fi 6. However, acquiring the appropriate wireless adapter, you can enjoy on the computers of previous generations. Simple advice: when buying, please specify what technologies are supported by the specific device. 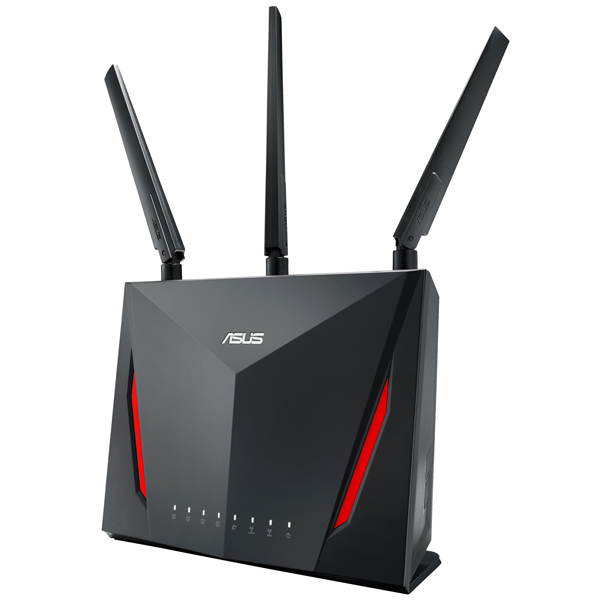 Thus, if we assume that you have at home already have two or three new smartphones and, say, a laptop with Wi-Fi-enabled 6, translation of the entire wireless network to a new standard is justified. But only under certain conditions!

If you carefully compare the technical specifications Wi-Fi 5 Wi-Fi 6, it is clear that to reveal the maximum potential Wi-Fi 6 only on high even by today’s standards speeds over 1 GB/s. This figure is in a sense acquired a symbolic, even a few sacred significance. First, most Ethernet ports on routers today is limited to one Gigabit. Second, the ISP does not yet offer Internet access at higher speeds for normal users. The vast majority of “living” in a Network with a speed of 100-500 Mbps, Wi-Fi 6 is simply not needed.

But if you are lucky enough rate to 1 Gbps or even more. Most often this involves either actively working with large data volumes on file-sharing sites and torrent trackers or computer online games. However, in the latter case, the ping is usually more important than connection speed: games that need a Gigabit, does not yet exist. And the third paragraph – high-home activity between devices inside the LAN.

In addition, considering that 1 Gbps is approx 125 MB/s, is to ensure that the other components of the PC ready. In particular, sometimes the stumbling block is the disk subsystem.

As already mentioned, Wi-Fi, 6 in theory capable of delivering incredible 9-11 GB/s. But in fact these figures for a long time will remain only in the instructions. The fact that some devices that support Wi-Fi, 5 also claimed a very impressive multiple Gigabit, but in practice to obtain them usually fail. It is therefore necessary to understand the difference between connection speed and the actual speed of data transmission: the first reflects the theoretical limit, and the second depends on many parameters and is always less than the first.

In addition, the names of the models and manufacturers claimed specs are usually specified, the total available device speed in all available bands, which somewhat confuses the potential buyer. In fact, even the enthusiasts were not able to squeeze out of Wi-Fi 5 more of 800-900 Mbps, and most often we are talking about relatively stable 400-700 Mbps.

Interesting point: the theoretical maximum Wi-Fi 5 is weighty of 6.77 GB/s (using eight antenna technology MU-MIMO), but many were able to obtain them in practice? Therefore, even the most high-tech device with Wi-Fi support 6 in normal conditions, while it is not necessary to wait more than 1-1. 2 GB/s. However, this is very much. Besides, do not forget that the available speed is highly dependent on the distance between client and router, so in reality the figures can vary even more. There are other technical factors that affect the speed characteristics, for example support devices with different versions of MIMO, as well as the actual workload of the corresponding ranges (2.4 and 5 GHz) that is in your home.

Refer to the visual experience of American colleagues. Staff publications CNET note that the fastest router in the Wi-Fi category 5, which they managed to test so far was the ASUS RT-AC86U. The maximum speed was 938 Mbit/s. In turn, the maximum speed of data transfer via Wi-Fi, 6 that they watched – 1523 Mbps at a distance of about five feet from the router. We are talking about TP-Link Archer AX6000. The difference of 60% is very significant, agree. But this is a test, nearly perfect conditions, and usual household scenarios, it is unlikely to exceed 30%.

It is noteworthy that in some cases, to fully test Wi-Fi 6 we have any way to simulate an incoming data stream at a speed greater than 1 Gbps, since the real Internet rates with higher speeds is not detected.

The result is simple: if your house is two or three or more devices with Wi-Fi-enabled 6, it makes sense to think about switching to Wi-Fi 6. Even in this case, upgrade will be more proactive, but it’s worth it. If you look even further into the future, when buying Wi-Fi-6-router is recommended to pay attention to the bandwidth of the WAN port: by default it is Gigabit, but there are models and 2.5 Gbit or with the support of WAN-aggregation (merging multiple ports into one).

On the other hand, if we remember that Wi-Fi 6 – is not only speed, but also more stable parallel operation of many connected to the router device, to improve the quality of the work home network right now, not even with a Gigabit Internet connection, especially if the gadgets do much. And if you have a home you can get dedicated Gigabit, it just time to move on to Wi-Fi 6. Everyone else, stand down!