Of the country where the developers earn best

Quite expectedly, the highest-paid are American it professionals. On average, their income is 109 167 dollars a year. In this article we compare data for 23 countries.

The portal finanse.ua release information, citing the results of a study Hackerrank, which was attended by more than 116 thousand developers.

It is noteworthy that in 2020 in the top five not in the UK and the Netherlands.

As for the United States, there are leading Western cities with an average salary of $128 197. Quite a bit behind the North-East, where developers receive about $112 870.

Western region most favorable for the it Department in such cities as: 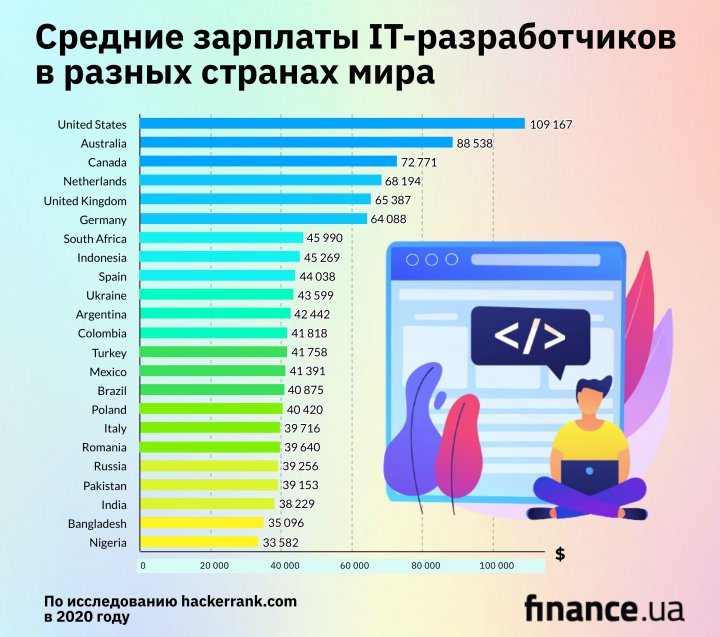 Statistics says that 39% of developers around the world think their salaries are unfair, and only 35% of respondents fully satisfied with the pay for their work. The remaining 26% could not answer this question.