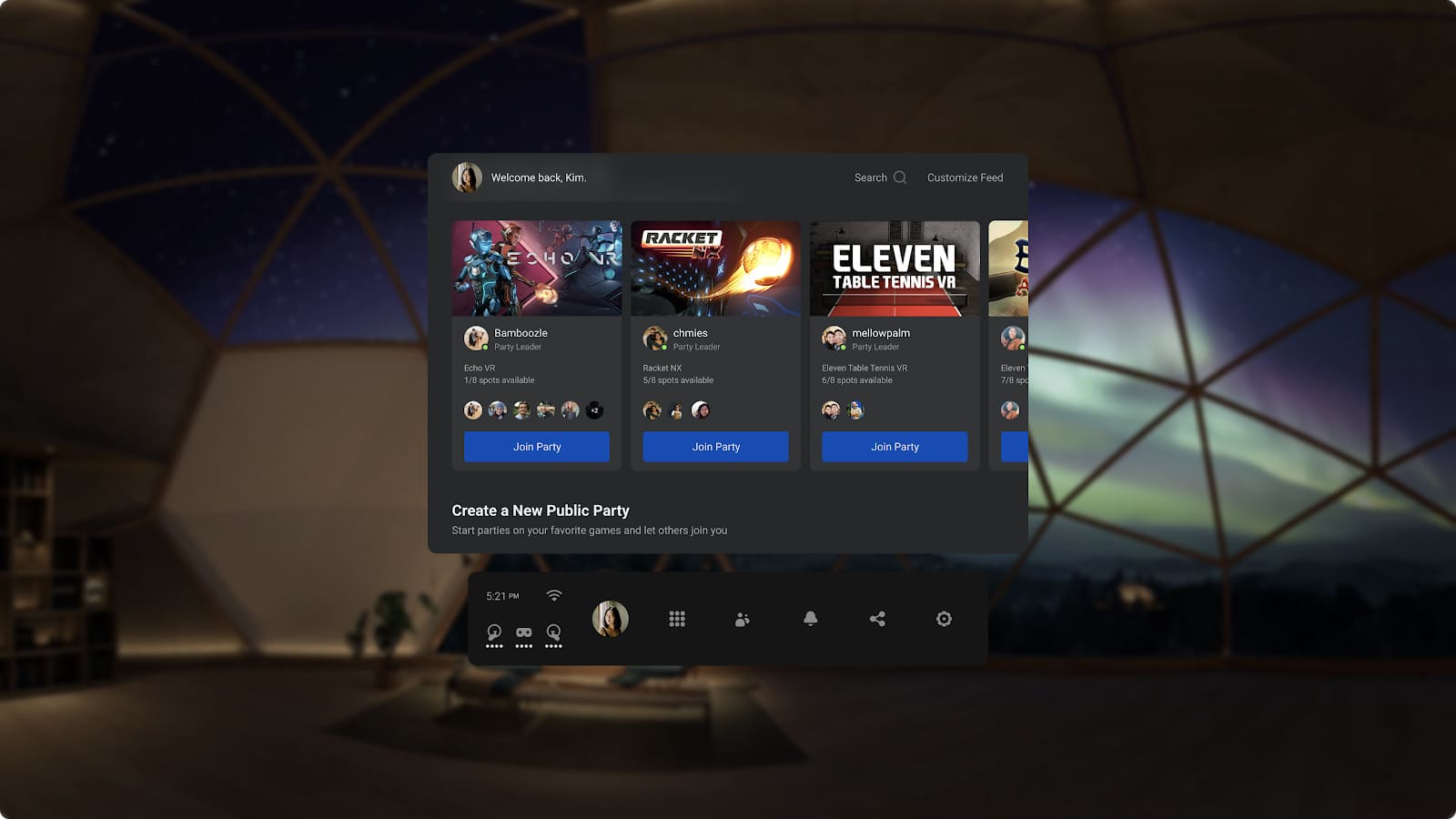 Meeting friends for users headsets Oculus sometimes can be a bit sparse. Facebook hopes to combat this with the new updates this week.

Giant virtual reality has just announced the next update, deployed on its platform, Oculus (which obviously means like Rift, and Quest). The headliner of the innovations is the “Travel Together” (“Journey together”), a feature that allows you friends at parties to go directly from their group in a set of games together instead of each individually passed to the application, and then again found each other.

However, this is not the only change in parties. Facebook adds public parties that allow players to join meetings with friends and new people. Again, you can go to the multiplayer VR games, using the Travel Together.

We are expanding our experience of the parties and are launching a new public party for you and your friends. A public party is a voice call for groups to access, surf and play together in Oculus. You can invite existing friends or discover new friends by making your party public. Up to 8 people can join the party at the same time and communicate in virtual reality using voice chat.

Finally, you can now find your friends on Facebook. This is happening with the privacy settings to make sure only those people you want to detect, you can do it.

These new features appear at a time when many are waiting for news on Facebook Horizon, a new social VR experience designed to replace previous efforts, such as Spaces. Currently it is in alpha testing, although the community wanted to see a beta release early this year.