Mr Preuß, you have studied in a survey is the attitude of young people to Artificial intelligence in the profession. What came out of it?

Editor in the business, responsible for the “profession and Chance”.

The majority was positive, only 38 per cent raised the issue of unemployment to the game. There are some good ideas, what jobs remain and what new occupations are emerging, but on the other hand, this third component: that Jobs disappear. And some questions, of course, is: What happens to the people?

Whom have you asked exactly?

We have limited ourselves to Respondents aged 16 to 30 years, because they will come in your life probably the most with AI in contact. About the market research Institute, Arlington, Kaspersky last February has reached 1000 people, the results are representative for Germany.

And most people see their professional future with KI positive?

Yes. Many hope that the work load that is on them, could be less, because AI Standard and routine tasks. They believe that this allows more room for creativity is created. 54 percent, a clear majority says that AI has revolutionised the world of work and new job Profiles will emerge. 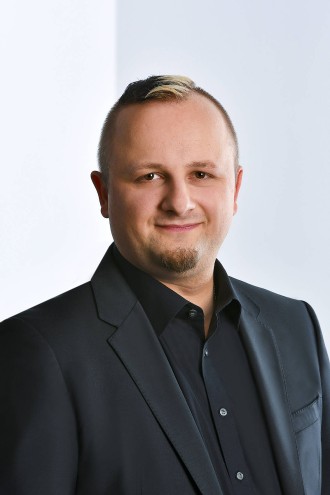 Completely new occupations or joint work of human and AI?

Both. There are some professional fields where most assume that you just stay to continue to exist. For example, the care, where it’s a lot about human-to-human communication. In addition, there will be a number of Professions that go Hand-in-Hand with KI. A very nice example that comes to mind to me is the journalism. An AI has the ability to create in certain areas a quick, summary reports. This creates time for human journalists to put their creativity in programs and not with these standard things, such as: football club A has won against football club B 3:0. And then also, completely new career fields will emerge.

A problem solver for automated transit systems, for example, would such a profession. So someone, the automated systems – for example in traffic networks, transportation systems and logistics – monitored. Because what is can AI to a limited degree only, is to solve a very complex and new problems. Another new occupation, the young people give great Potential, the “Nostalgist”: someone who restores older or demented people well known environments, such as with Virtual Reality.

How fit the young Generation feels for new professions with AI?

We have queried whether a use of AI in the future is considered more of a wishful thinking or as a horror scenario. And because the very clear result is that 43 percent can’t imagine a better way of life by KI, 42 percent, compared with the more neutral, 8 percent said they did not know it, and only 7 percent believe it is a horror scenario was.

That was before Corona. And now?

What could change the Corona, is difficult to assess, because we are still in this Situation. It is a very high level of uncertainty, and the forecasts is generally, when the economy will be back to a normal level, move further and further to the rear.

But a clear digitisation thrust, there is but one way or the other.

Digitization and KI, we must distinguish clearly. What we are seeing at the Moment is that we use due to the reduced physical contacts on digital opportunities. KI, however, is another point. As it comes, certain to Work autonomously to carry out. The current digitization is first laid the Foundation to enable AI at all sometime. The fact that some professional groups with respect to job security, is more anxious, there is automatically a greater openness to KI. On the contrary, There are also some people, especially among the Elderly, who see their work now doubly threatened: by Corona and by KI.

More on the topic of

The career question : I don’t know anything about AI – what to do?

Program for women : with the Codes!

Here you can acquire the rights to this article.