Just above the head, an asteroid rushes in from the right. With a quick glance to the left from the cockpit of the spaceship, the player can track the flight of the projectile. A look down shows star nebula, a look up another spaceship.

The breathtaking panorama of space is provided by the soon available space game “Elite Dangerous”, the all-round view is technically possible with the new model of the video glasses Oculus Rift. It completely immerses the player in a virtual world – although he is just sitting on his sofa at home.

Soon, a technology will be ready for the market that can actually contribute to staying undisturbed by external influences in a virtual space. In the future, this will not only provide a completely new experience in computer games, but also in feature films viewers will be able to literally slip into it.

Especially since the innovations around virtual reality appeal to all the senses and thus reinforce the feeling of being completely in an artificially created space. Visually, the “Oculus Rift”glasses do it impressively well.

With Oculus Rift, the player can see games in all directions

The wearer of the 3-D glasses looks through two specially curved lenses at a smartphone-sized display on which the scenes play out. A sensor detects the head movements.

This allows the player to look around freely. Thanks to a higher resolution and an additional camera that captures movements from the outside, it is possible to move in all directions inside the cockpit in the game “Elite Dangerous” and look closely at every detail.

That can be the super glasses for computer games 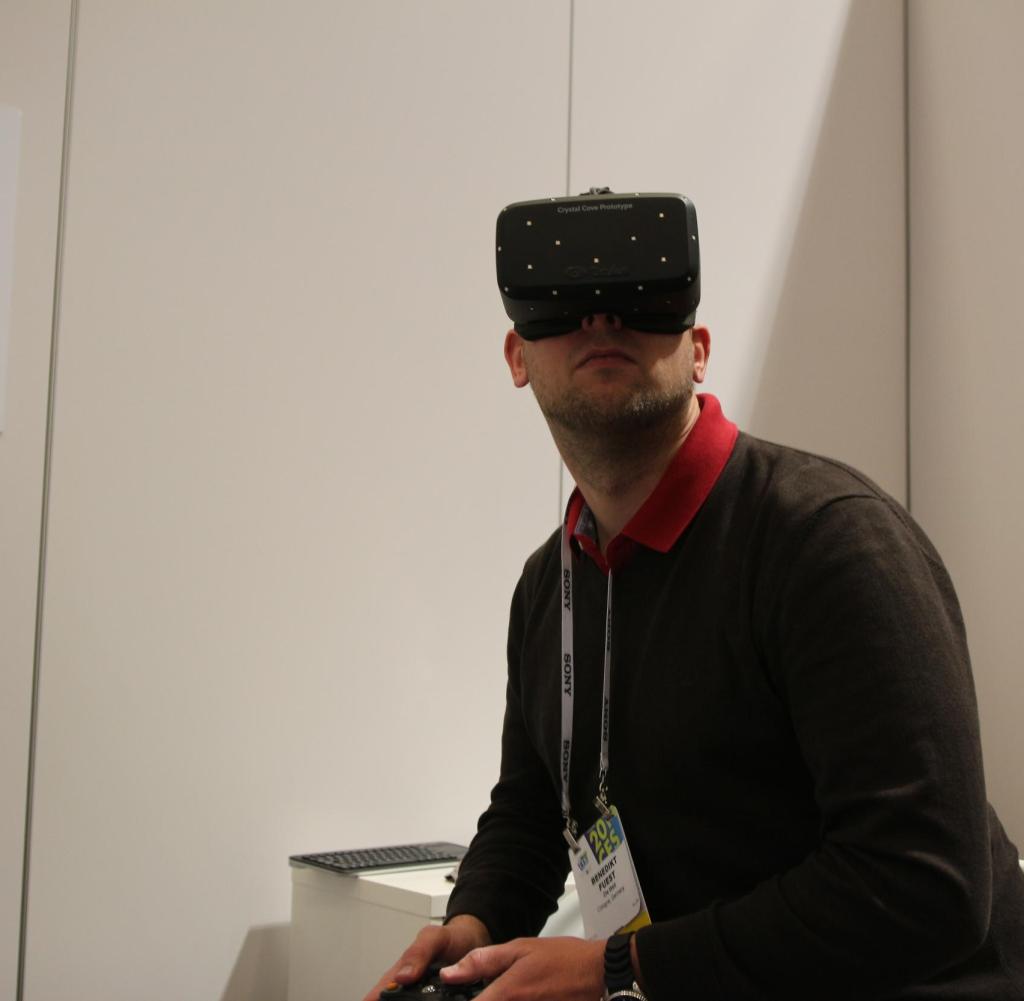 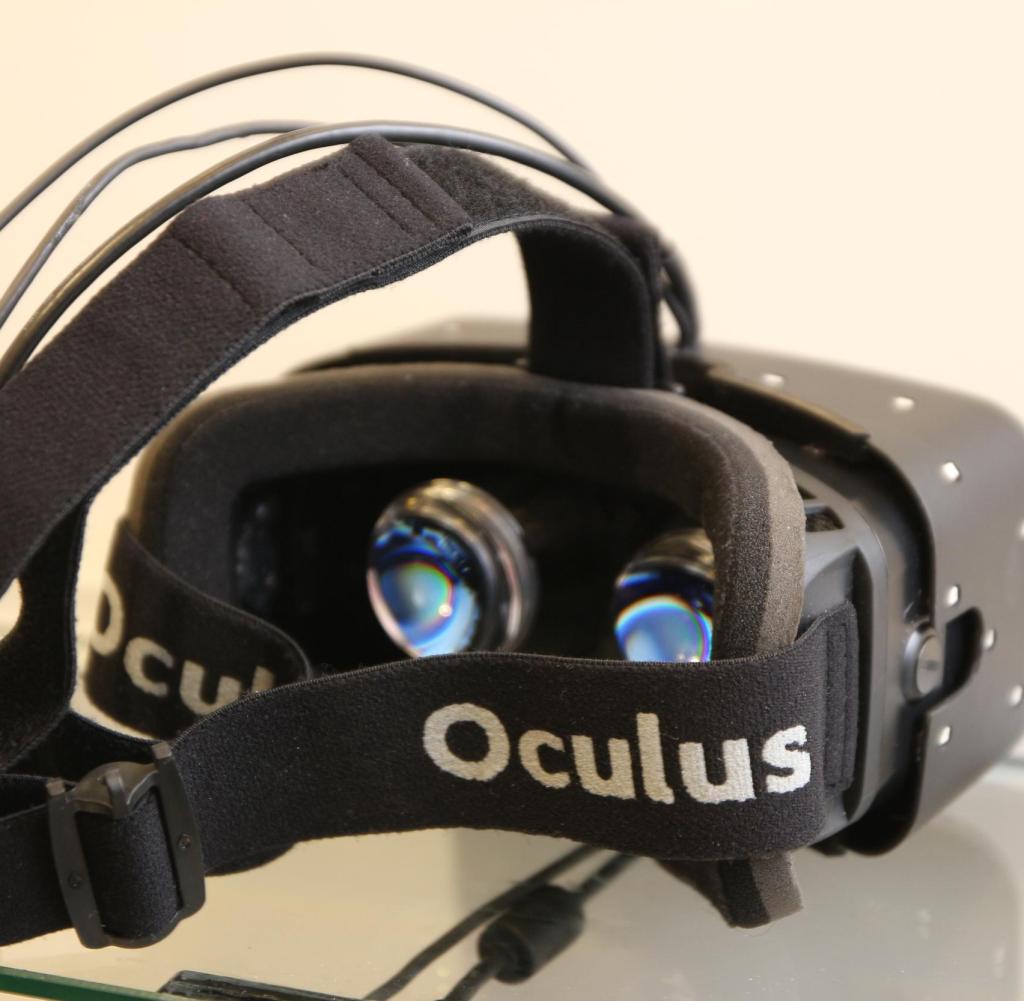 The company Oculus VR, which Facebook bought a few months ago for two billion dollars, is not the only developer of such glasses. Sony also wants to launch a model for its PlayStation 4, Samsung, Google and Apple seem to be tinkering with other concepts.

However, seeing only virtual things is not enough for a complete immersion in a virtual world. Surround sound headphones provide the spatial sound, and even the movements of the body can be moved from reality to virtual space – without a joystick, mouse or keyboard.

This is made possible by the “Cyberith Virtualizer”, which will go into series production in spring 2015. The device is a kind of treadmill that can be walked in a 360-degree circle. It uses highly sensitive sensors and has vibration units that let the player feel the impact of nearby projectiles.

Objects in computer games can be felt

The player no longer simply controls his avatar in the game, he literally slips into his role, he runs, crawls or hops through the virtual world in real time. The player himself becomes part of the game instead of just controlling it.

On the platform, the player can turn, jump or kneel. Or he sits to virtually control a car or an airplane.

Accessories for daddling in 3D 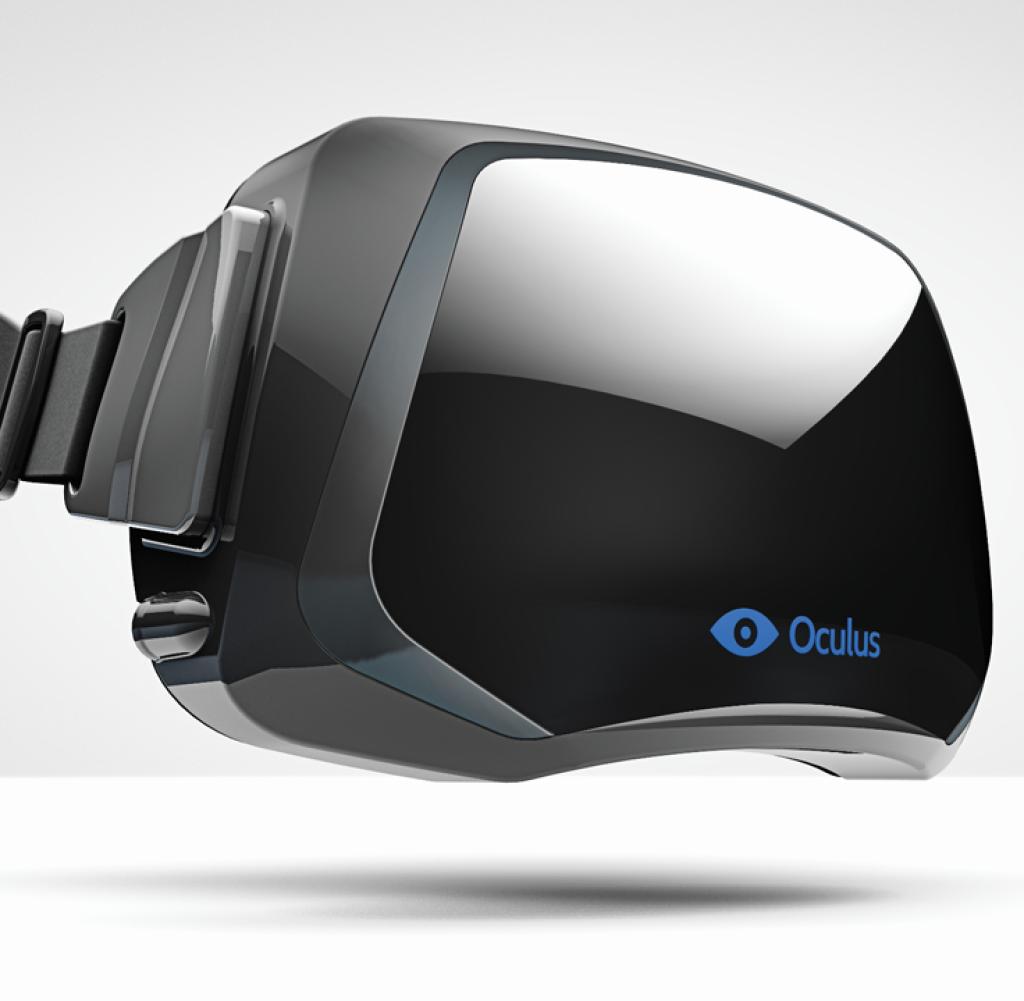 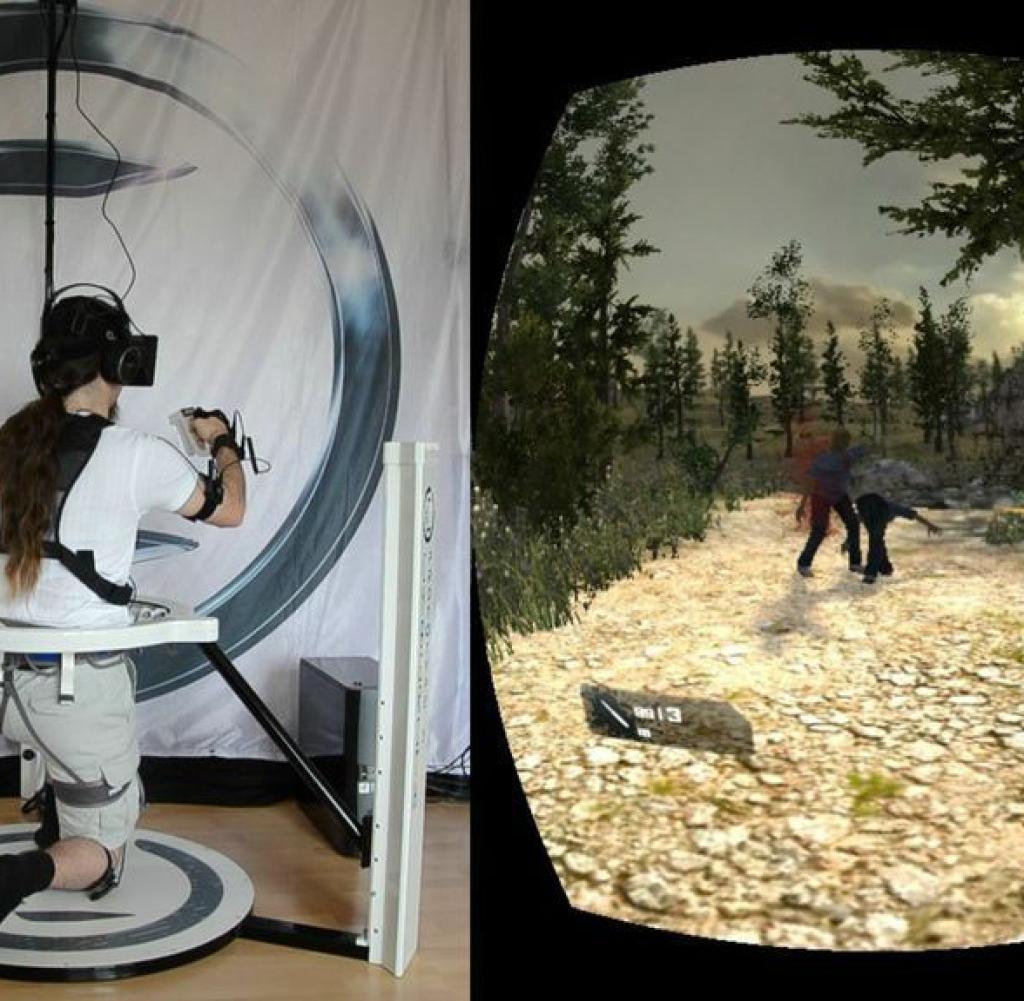 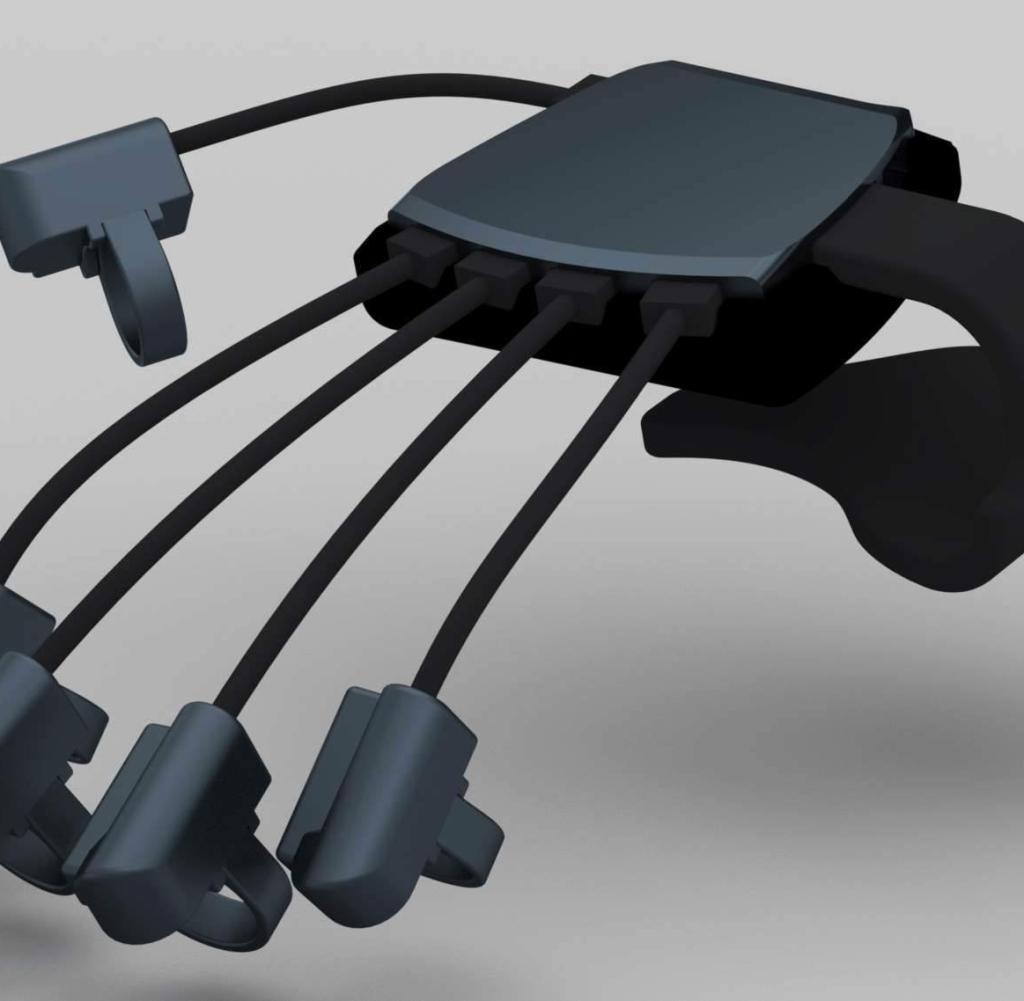 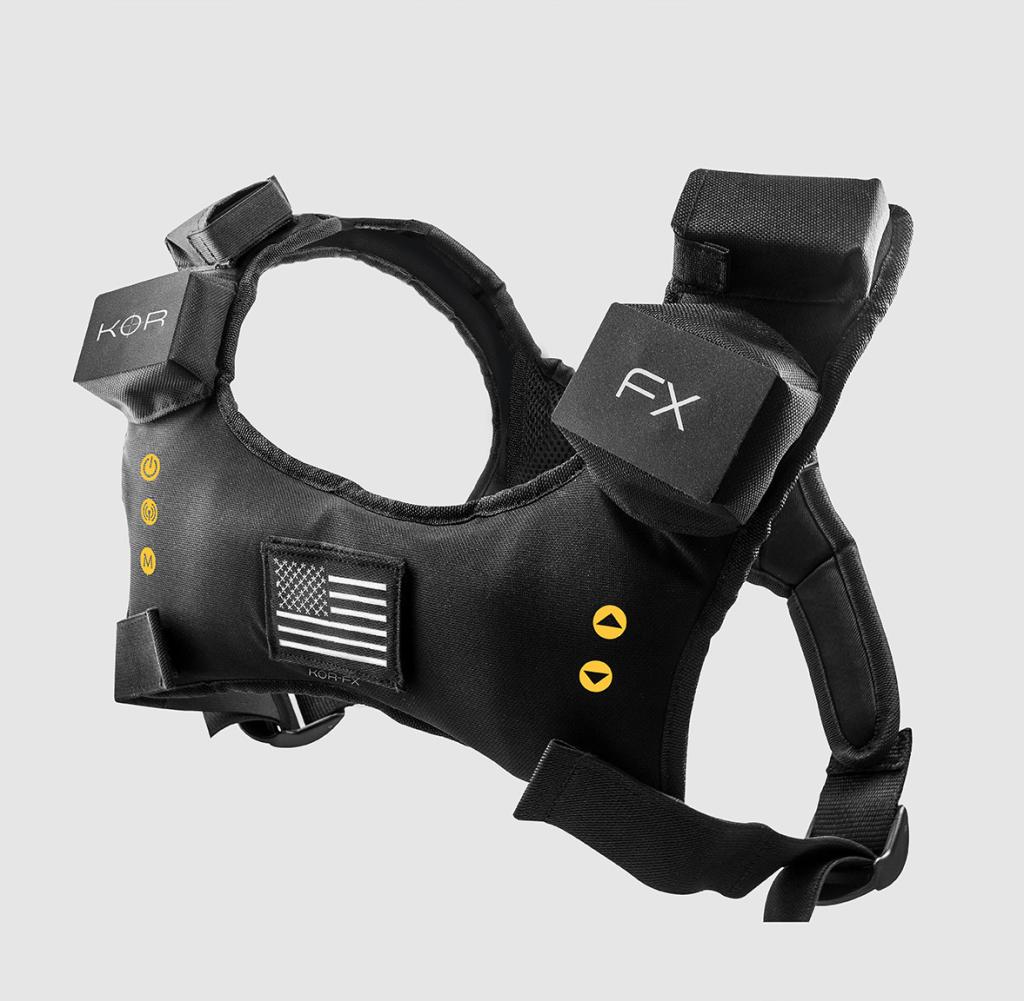 All movements, according to the manufacturer, are transferred into the game with an accuracy of less than one centimeter. For this purpose, sensors are integrated in the base plate, in the lateral support struts and in a ring around the platform, which detect all movements of the player.

With the help of the glove “Control VR”, real-felt gripping in virtual space is also possible. Players can intuitively control a quadrocopter and operate virtual keyboards of spaceships.

Or they swing virtual golf clubs, throw objects through the game scene and fly over a city like Superman. The glove detects even the most delicate movements of the fingers and implements them in real time in the game.

Body hits are noticeable with a special vest

Feel is also possible with the vest KOR-FX. This allows players to directly feel bullet impacts or explosions – albeit in a weakened form. For this purpose, the system uses a technology that converts sounds from games or films into tangible feedback.

The impulses radiate into the chest of the player and thus become physically perceptible. A slider allows the player to adjust the strength of the transmission so that a virtual shot does not hit him too hard in reality.

So far, so much close-up experience is most likely possible in computer games, for example, when the player jogs through a medieval-looking world like “Skyrim” in the early morning. Or adventure in the game “The Assembly”.

At the E3 games fair in Los Angeles this summer, visitors could wander through the virtual world of “Alien Isolation” – looking through Oculus Rift glasses. However, many players have torn their glasses off their heads in some scenes because an alien seemed to get dangerously close to them.

Apart from computer games, there are also numerous applications. Surgeons can practice future operations in a virtual environment, and soldiers from the British and US Armies are prepared for operations by wandering through the pre-filmed area of operations.

Psychologists are also interested in the technique. They use virtual reality technology to lead US veterans of the wars in Iraq and Afghanistan back into a situation that is perceived as burdensome. The realistic reliving and a corresponding reassessment of the situation should help to reduce the trauma.

Doctors also let patients completely immerse themselves in a beautiful, virtual world during a procedure with local anesthesia. This is to reduce stress and psychological stress during surgery.

Directors face great technical but also artistic problems when they want to integrate viewers into a film as virtual characters. The London-based film studio Alchemy VR, a subsidiary of the English production company Atlantic Productions, wants to try it and develops content specifically for viewers who use video glasses such as Oculus Rift.

There will be a documentary about the first living beings on Earth, in which viewers will be able to move freely through the scenes depicted on the screen. From the off you will then be guided to the most important locations.

In order to watch this in all its glory, viewers do not necessarily have to go to the cinema in the future. Graphics cards and computing power some computers available today are already sufficient to bring the virtual experience into the home living room. Experts expect that by Christmas 2015 at the latest, high-performance video glasses will be available for less than 350 euros.

With this, perhaps the first feature films can be watched, into which viewers can immerse themselves with all their senses. This is not easy to implement: Currently, all viewers stare at a screen, but in virtual reality films, each viewer chooses his own perspective.

So something has to happen all around in the scene. An example of an unusual, macabre perspective is offered by the company Secret Location with its version of the horror film “Sleepy Hollow”. After the attack on a film actor, the viewer can follow the following scenes from the point of view of the severed head – and thus, for example, look directly into the eyes of his virtual killer.