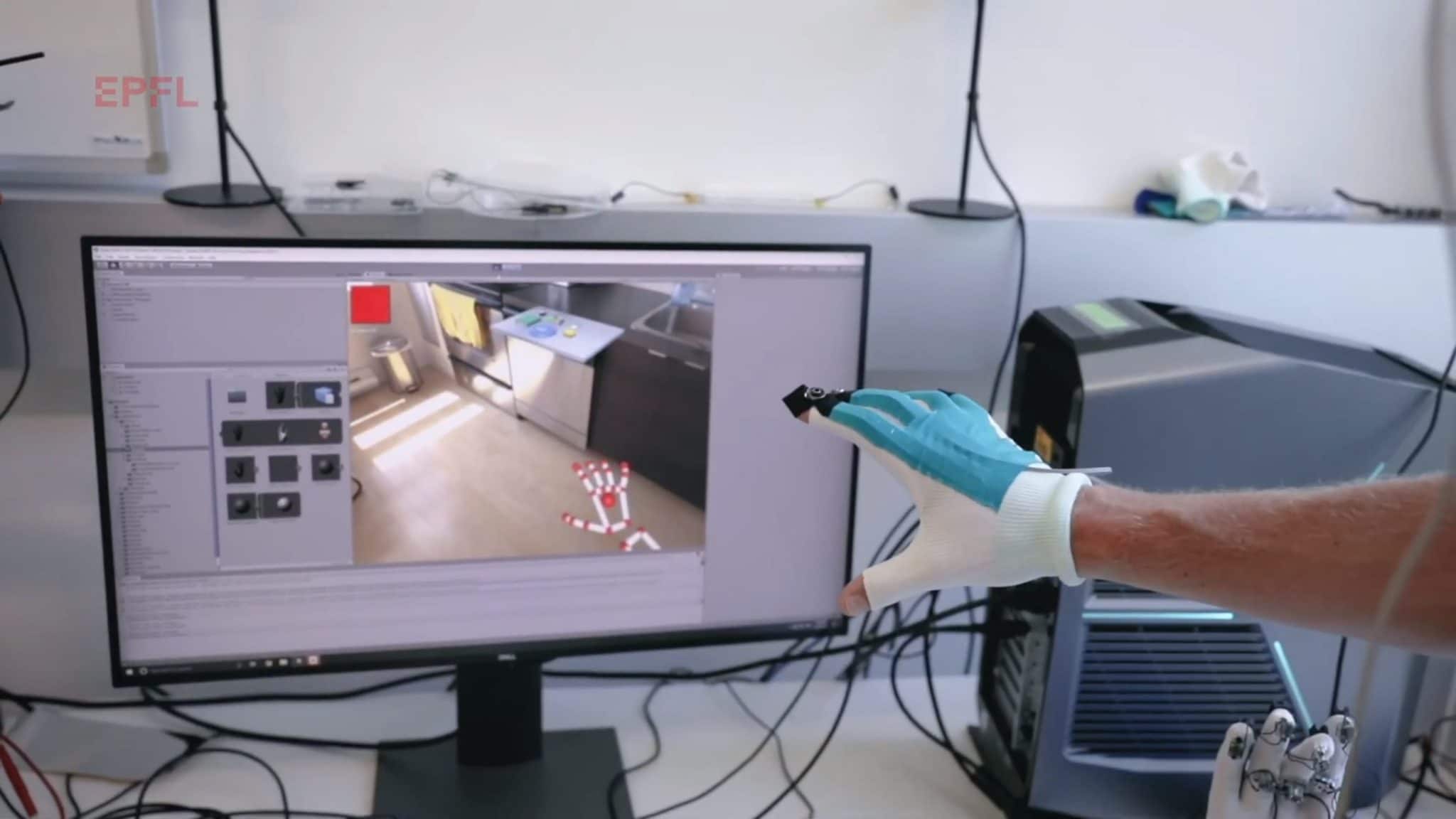 A study conducted by the Swiss Federal Institute of technology in Lausanne (EPFL), uses “soft active surfaces”, filled with oil, to create the sensation of touch in the selection of objects and interaction with objects in VR.

As you can see, this approach uses electrical impulses to manipulate a small amount of dielectric fluid (in this case vegetable oil), placed in pockets consisting of a tensile membrane. When activated, a voltage of the oil is compressed, forming the irregularities that put pressure on the user’s fingers. For example, imagine how you lift an object in virtual reality, and the surface is pressed against your fingers when you grab it. Oil can even vibrate, which can provide a deeper immersion, for example, when blocking attacks with a shield.

Currently, researchers at EPFL have created the tabs in size from 3 to 20 millimeters with the possibility of combining up to 25 devices. However, the group hopes to continue its work with the design, integrated into a tactile glove that covers the whole hand.

Obviously, not having tried the technology for themselves, it is difficult to talk about the quality of tactile sensations that can provide this approach. If the bumps cover a fairly wide surface area, for example, to create a really compelling, consistent tactile feel?

However, miniaturization of haptic VR gloves is one of the key areas to keep them from consumption. Companies such as HaptX, have impressive devices for corporate use, but they are too expensive and too cumbersome to use with such headsets like the Oculus Quest. The work of the EPFL is in the early stages, but may provide a way to thinner gloves VR that consumers finally could use at home.